M.T.A. Pins Its Hopes on Unproven Technology to Fix Subway 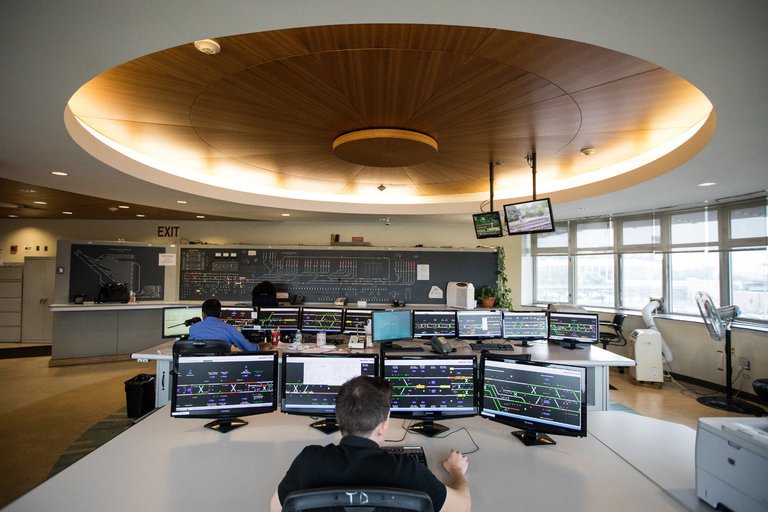 via The New York Times

Of the many ways the New York City subway unravels on a near daily basis, it has one Achilles’ heel that remains an impediment to any significant turnaround — the balky signals that control the trains.

This has long been known to subway officials who developed a plan years ago to upgrade the system’s dilapidated signals over the next half-century. For riders, that timetable is no longer acceptable.

Now Gov. Andrew M. Cuomo and transit leaders are suddenly promoting a different solution: ultra-wideband radio, a technology they say could shorten the timeline to under a decade.

But there is one problem — no one knows if it can actually work.

No major transit system has adopted it and researchers are still studying whether ultra-wideband radio can be used effectively in tunnels. Transit experts question whether it is wise to focus on an emerging technology, rather than ramping up the signal modernization efforts currently underway.

“It hasn’t shown that it can deliver,” said Richard Barone, a vice president at the Regional Plan Association, an urban policy group. “New York doesn’t need to be the guinea pig for new technologies.”

Mr. Cuomo, a Democrat who controls the Metropolitan Transportation Authority and is facing a re-election challenge focused on his management of the subway, has been hungry for a quick fix. During a recent speech, Mr. Cuomo declared that ultra-wideband testing in the subway was going well and could be installed as quickly as eight years.

Hinting at his urgency on the matter, Mr. Cuomo said he had not yet told the subway’s new leader, Andy Byford, who previously led Toronto’s transit system, that he thought even eight years was too long to wait for modern subway signals.

“I don’t want to say that to Andy because he just started, and I’m afraid he’ll run back to Toronto,” Mr. Cuomo said. “But this is an exciting development of a new type of technology.”

Mr. Cuomo, who is running for a third term, has received a barrage of criticism over the subway’s dismal performance from the actress Cynthia Nixon, who is running against him in the Democratic primary. A modern signal system is viewed as a key fix because it would be more reliable and allow more trains to run closer together, increasing capacity on the overburdened system.

Subway officials noted that ultra-wideband technology had been used by the military for years and it was also being tested on Boston’s transit system. During testing on tracks in New York, the technology was able to determine where a train was located “down to the little micrometer” and how fast the train was moving, according to Joseph J. Lhota, the authority’s chairman.

Subway officials must now test the technology under different scenarios and connect it with hardware on trains, Mr. Lhota said.

“Based on what I’m seeing, I’m optimistic,” Mr. Lhota told reporters during a recent tour of a subway yard in Manhattan. “We’re getting the information we need.”

Ultra-wideband technology is a wireless radio system that uses a small amount of energy to transmit large amounts of data. Devices called nodes could be placed about 1,000 feet apart in tunnels and communicate with each other by “hopping” data from node to node, according to a proposal from Metrom Rail, a company that develops rail technology and was a winner of the authority’s recent subway genius competition.

A new report by the Center for Technology in Government at the University at Albany found that ultra-wideband technology could provide a cheaper alternative to existing signal technologies.

“This is promising for something like mass transit,” said G. Brian Burke, the center’s managing director. “However, if mass transit is going to use it, they would need to pilot it in their own environment.”

The eight-month study, which tested the technology at the university’s underground tunnel system used by students to get around during winter months, found that ultra-wideband could measure distance precisely within about four inches. The report recommended studying whether the signal could be affected by the size of trains and interference from passengers’ cellphones, among other potential issues.

“If you’re using it within a mass transit system, you have to be precise 100 percent of the time,” Mr. Burke said.

Comments Off on M.T.A. Pins Its Hopes on Unproven Technology to Fix Subway