How the Nebulous Internet Has Influenced Art Since 1989 #ArtTuesday 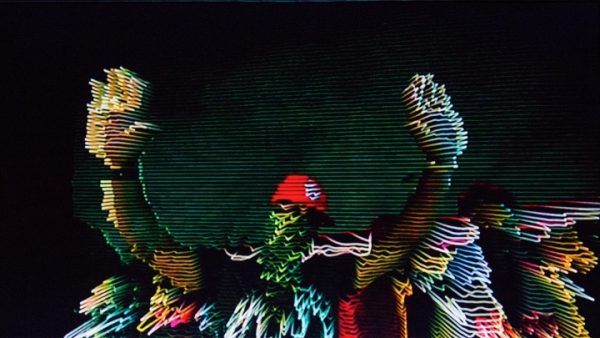 It’s difficult to say precisely what the internet is, or where it begins and ends, even though using it feels so familiar. The Institute of Contemporary Art’s massive, head-spinning survey Art in the Age of the Internet, 1989 to Today grapples with this paradox. It is organized into five thematic sections — Networks and Circulation, Hybrid Bodies, Virtual Worlds, States of Surveillance and Performing the Self. However, the 60 featured artists working in painting, performance, photography, sculpture, video, and web-based projects slip between these categories and reaffirm the internet’s impressive but daunting unwieldiness. Art in the Age of the Internet allows viewers to marvel at how far we’ve come technologically with the internet’s immediate conveniences, but then reveals our embedded, circular reliance on it to ask whether we should — or can — dial it back. 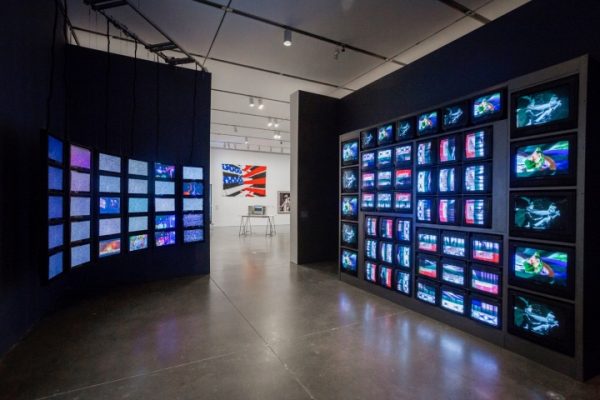 The exhibition is bookended by striking video installations, and Hito Steyerl’s “Liquidity, Inc.” (2014) near one end, is elucidating in its refusal of narrative or formal categorization. At parts, Steyerl’s video personifies water in the subtitles — “even though I cover this planet, I am not from here. And nor are you” — and troubles questions of constructed identities and their resulting segregations. “Liquidity, Inc.” also tells the story of Vietnamese immigrant Jacob M. Wood, a trader and part-time MMA fighter laid off in the wake of Lehman Brothers’ collapse, who returns to the sport as an announcer. He equates keeping your guard up while fighting to maintaining a shock-proof financial portfolio, lest you be surprised by the “kiss of death.” Steyerl cuts from a father fighting in a match, embarrassed to reveal his Starbucks day job, to weather forecasts of collapsed nation states to limp bodies splashing in and cracking the surface of a digitally rendered ocean, to emails about losing the budget for this very piece. The piece creates an ironic, layered critique of class pressures, colonialism, and even art making itself. Water rendered in vector art bubbles and bulges, and speech bubbles stretch and melt across the screen as a voiceover intones, “When you have liquidity, you’re in control.” Steyerl segues between unexpected storylines and builds toward a logic that feels tenuous: a lament of the ever malleable, ever connecting, ever liquid internet’s failure at making real liquidity easier.

Filed under: art —
Tags: art, Art in the Age of the Internet, ArtTuesday, Institute of Contemporary Art, internet art — by Zay