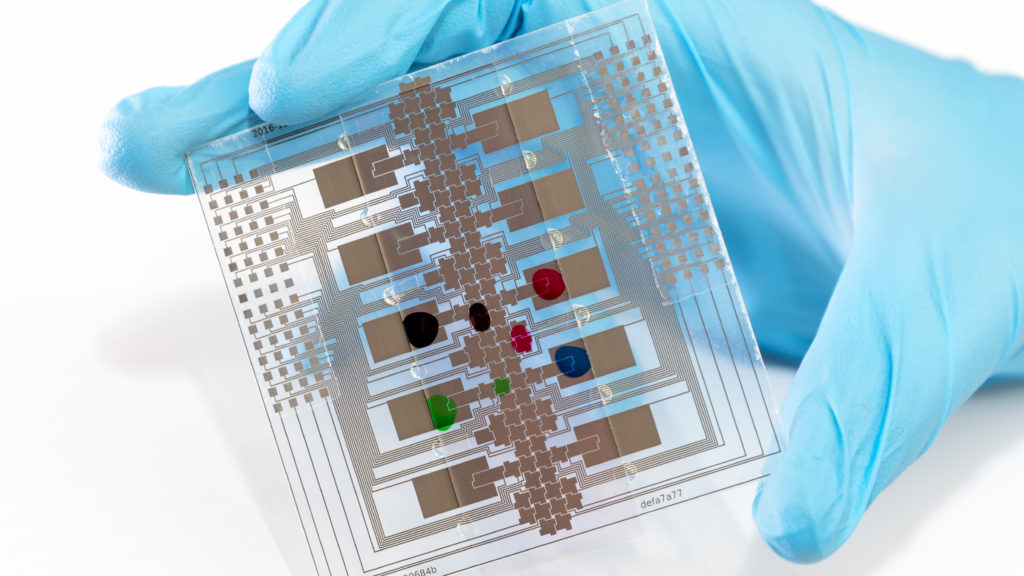 esearchers from the University of Toronto have created a shoebox-sized laboratory that can do blood testing in remote, low-resource settings, quickly determining from a drop of blood whether a person has antibodies to specific infectious diseases.

The device, which they called the MR Box — short for measles and rubella, the first diseases for which they tested — is still being fine-tuned. But their hope is that eventually it could be used to test for a variety of diseases, for both outbreak control and research purposes, in parts of the world where conventional lab support is hours — or farther — away, the scientists reported Wednesday.

Device testing was conducted at a refugee camp in Kakuma, Kenya, where pinprick blood samples were examined for antibodies to measles and rubella. But the scientists behind the work said future versions of the mini-lab could be used to test for antibodies to other pathogens and also for the pathogens themselves.

Antibody testing is used to see if someone has been previously infected with, or vaccinated against, a disease agent. Being able to use a test like this to look for who has a targeted disease agent in their blood would help people responding to an outbreak know who was infected and who wasn’t.

“That is the dream, that this type of system with its flexibility could be sent out into the world and really be used very flexibly depending on the conditions on the ground,” said senior author Aaron Wheeler, who leads the lab in which the work was done.

The paper, which also had authors from the Kenyan ministry of health and the Centers for Disease Control and Prevention, was published in the journal Science Translational Medicine.

The device uses lab-on-a-chip technology, a long cherished dream in the fields of outbreak response and diagnostic testing.

Wheeler’s lab had been working on this type of testing for a while when he was contacted by the CDC, which had seen a publication describing their research. Doing testing in a real-world setting — one where intermittent power outages and other challenges bedevil high-tech equipment — forced the team to get inventive about how to make a device they could operate in such an environment.

The microfluidic chips used in the lab in Toronto cost between $50 and $60 apiece, too expensive for testing lots of blood samples in the field. Team member Darius Rackus said they hacked a regular office printer, programming it to print the electrodes using conductive ink.