Acne, bronchitis, pink eye, ear infections, and sexually transmitted diseases are just a few of the illnesses treatable by antibiotics — assuming that the bacteria that cause these illnesses are not resistant to antibiotics.

Antibiotic resistance, one of the most urgent threats to public health, occurs when antibiotics are unable to kill the bacteria causing an infection. According to the Centers for Disease Control, each year in the United States at least 2 million people become infected with bacteria that are resistant to antibiotics and at least 23,000 people die as a direct result of these infections.
Understanding antibiotic resistance starts with understanding bacteria. Bacteria are tiny single-celled organisms found nearly everywhere on Earth. Most bacteria are harmless to humans. Some are helpful. Some cause disease. Over millennia, bacteria have evolved ways to keep out harmful foreign substances. Many so-called Gram-negative bacteria, which have two cellular membranes, have evolved protein structures called efflux pumps that are lodged between the membranes and expel toxins out of the cell.

But what happens when the bacteria in question are the dangerous, disease-causing kind? Doctors try to kill them with antibiotics. But the dangerous bacteria often use efflux pumps to flush out antibiotics before the drugs get a chance to work.

One type of efflux pump, which until recently had only been studied piecemeal, was modeled in its entirety and simulated using supercomputers at Los Alamos National Laboratory. The work harnessed the Laboratory’s extensive modeling and supercomputing simulation capabilities developed in support of its national security mission.

By understanding how the pump moves and behaves, my colleagues and I at the Laboratory, the University of Oklahoma, and Goethe University in Frankfurt, Germany, can potentially find a way to deactivate the pump — which might make antibiotics that haven’t worked in a long time useful again.

For this study, we focused on an efflux pump inside the Gram-negative bacteria Pseudomonas aeruginosa, which causes serious illnesses such as pneumonia and sepsis. Approximately a million-and-a-half atoms in size, the P. aeruginosa pump stretches between the cell’s inner and outer membranes and connects the cell’s interior and periplasm (the compartment between the membranes) to the cell’s exterior. That connection creates a path for drug molecules to exit the cell.

The Laboratory’s supercomputers were able to perform the first atomistic simulations of the entire pump on a microsecond time scale. We then used the simulations to investigate how the pump works.

By applying this kind of computer simulation to the variety of efflux pumps found in different Gram-negative pathogens, we hope to find out whether the different pumps share the same general mechanisms or each pump has its own way of working. 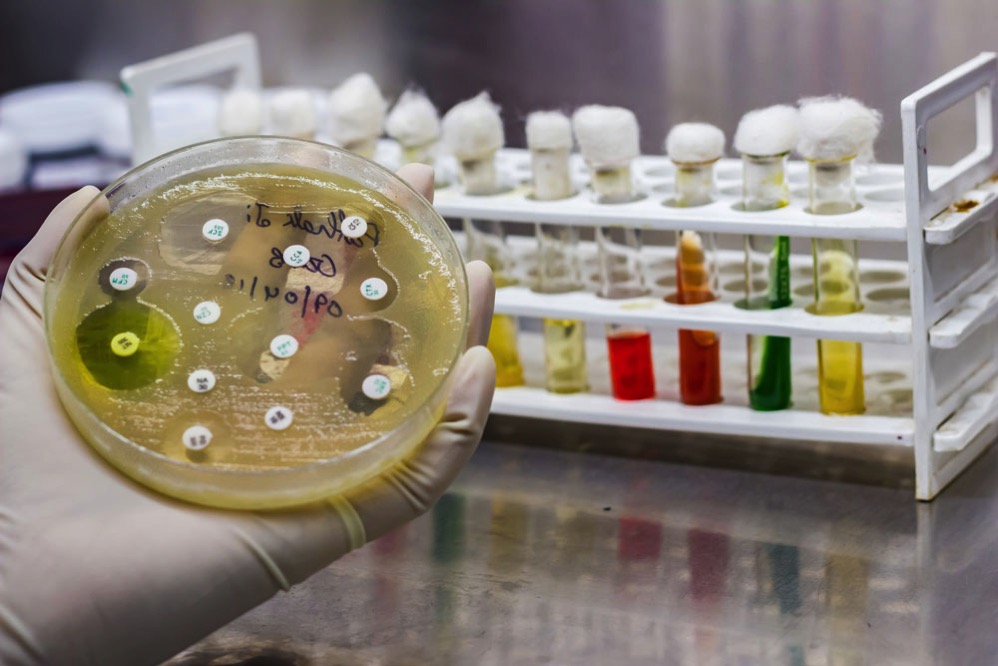