No Alien Sightings (Yet) in TRAPPIST-1 Planetary System 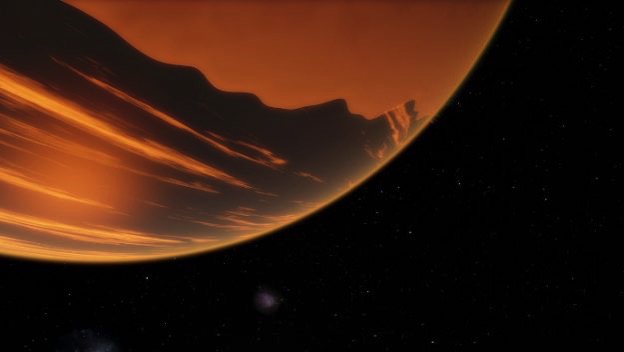 It’s been more than a year since NASA announced the discovery of seven Earth-sized exoplanets orbiting a single star.

Only 39 light years away, TRAPPIST-1 quickly became one of the most interesting places to look for extraterrestrial existence. The search continues, though, as nonprofit research organization SETI Institute reports no signs of life—yet.

“We now have unambiguous proof of the existence of the TRAPPIST-1 planets, and we know about their orbits, their size, and their mass,” Franck Marchis, exoplanet research chair and senior scientist at SETI, wrote in an update. “But a lot still remains to be learned before we can claim that they have liquid water on their surface, and we need to know far more than that before we can conclude that these planets might be habitable, or inhabited.”

Last month, scientists at Arizona State and Vanderbilt Universities revealed that the TRAPPIST-1 system actually has too much water to support life. Though similar in size to Earth, the exoplanets’ masses and volumes suggest they are much less dense. Too light to be rocky and too compact to hold much atmospheric gas, the team was left only with H2O.

“We typically think having liquid water on a planet as a way to start life, since life, as we know it on Earth, is composed mostly of water and requires it to live,” Vanderbilt University’s Natalie Hinkel said in a statement. “However, a planet that is a water world, or one that doesn’t have any surface above the water, does not have the important geochemical or elemental cycles that are absolutely necessary for life.”

Which ultimately dashes any hopes of finding new neighbors in TRAPPIST-1.

But not for Marchis, who is “stoked” about what we might find from future observations with large ground-based telescopes.

“In less than two decades, nearby planetary systems like TRAPPIST-1 will become our cosmic backyard,” he said. “And if everything goes as planned with [interplanetary missions] we will soon learn the secrets of those exotic worlds. Which I am convinced, will surprise us by their diversity, just as our own solar system has surprised us over the past two decades, surprises us today, and will surely continue to surprise us in the future.”