The Story of the Eventide Gear That Transformed Music, Coined “Plug-Ins” #MusicMonday

From the extraordinary first digital breakthroughs of the 70s, when lightbulbs stood in for LEDs, to what may have been the first use of the word “plug-in,”* we the inventors of Eventide’s classics – who now have a Grammy nod of their own.

Rock and pop have their heroes, their great records. But when you’ve got an engineering hero, their work finds realization behind the scenes in all that music, in hit music and obscure music. And then it can find its way into your work, too. 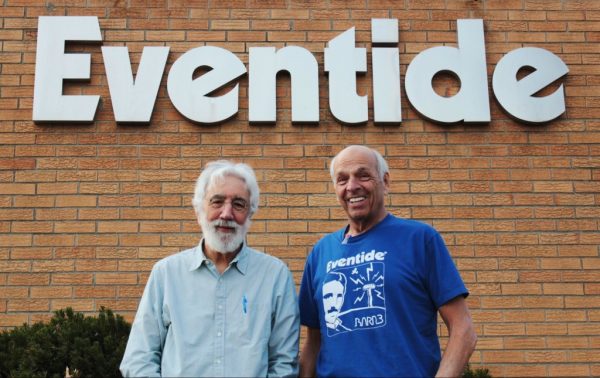 These inventions have already indirectly won plenty of Grammy Awards, if you care about that sort of thing. But at the beginning of this year, the pioneers at Eventide got a Lifetime Achievement Award, putting their technical achievements alongside the musical contributions of Tina Turner, Emmylou Harris, and Queen, among others.

Electrical engineers and inventors are rarely household names. But you’ve heard the creations of Richard Factor and Tony Agnello, who remain at Eventide today (as do those inventions, in various hardware and software recreations, including for the Universal Audio platform). For instance, David Bowie’s “Low,” Kraftwerk’s “Computer World” and AC/DC’s “Back In Black” all use their H910 harmonizer, the gear called out specifically by the Grammy organization. And that’s before even getting into Eventide’s harmonizers, delays, the Omnipressor, and many others.

Comments Off on The Story of the Eventide Gear That Transformed Music, Coined “Plug-Ins” #MusicMonday