Confederate Colonel John Pemberton, who was wounded in the American Civil War and became addicted to morphine, began a quest to find a substitute for the problematic drug. The prototype Coca-Cola recipe was formulated at Pemberton’s Eagle Drug and Chemical House, a drugstore in Columbus, Georgia, originally as a coca wine.He may have been inspired by the formidable success of Vin Mariani, a French coca wine. It is also worth noting that a Spanish drink called “Kola Coca” was presented at a contest in Philadelphia in 1885, a year before the official birth of Coca-Cola. The rights for this Spanish drink were bought by Coca-Cola in 1953.

In 1885, Pemberton registered his French Wine Coca nerve tonic. In 1886, when Atlanta and Fulton County passed prohibition legislation, Pemberton responded by developing Coca-Cola, a nonalcoholic version of French Wine Coca. The first sales were at Jacob’s Pharmacy in Atlanta, Georgia, on May 8, 1886.[13] It was initially sold as a patent medicine for five cents[14] a glass at soda fountains, which were popular in the United States at the time due to the belief that carbonated water was good for the health.[15] Pemberton claimed Coca-Cola cured many diseases, including morphine addiction, indigestion, nerve disorders, headaches, and impotence. Pemberton ran the first advertisement for the beverage on May 29 of the same year in the Atlanta Journal.

During World War II, Stewart served with the Women’s Auxiliary Air Force (WAAF) at locations around the country. After the war she took an interest in education and psychology and Barbara Wooton encouraged her to become a magistrate in the juvenile courts. She worked for the Workers’ Educational Association, as a tutor until 1964. She became a member of the Fabian Society Executive, serving as Chairman in 1963-64. She wrote papers on the Fabian’s behalf arguing that juveniles should be dealt with more leniently. In 1964 she published a short paper titled “Unpaid Public Service” which looked at the role of volunteers on committees. She argued that expenses should be paid and that these committees should meet in the evenings.

She was also involved in local hospitals, schools and she became the chair the East London Juvenile Court magistrates. 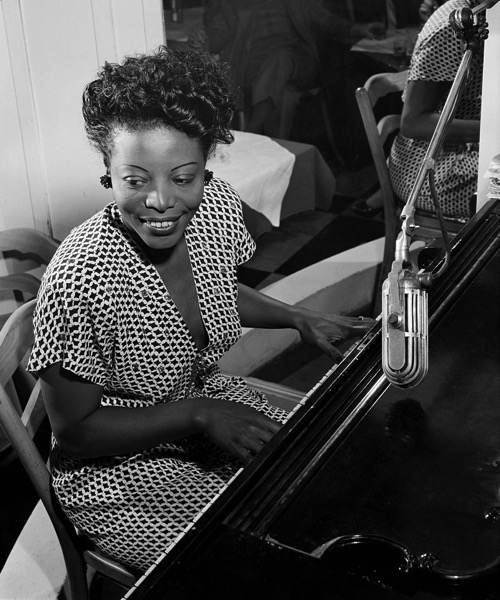 In 1926, Williams married saxophonist John Overton Williams. She met him at a performance in Cleveland where he was leading his group, the Syncopators, and moved with him to Memphis, Tennessee. He assembled a band in Memphis, which included Williams on piano. In 1929, 19-year-old Williams assumed leadership of the Memphis band when her husband accepted an invitation to join Andy Kirk’s band in Oklahoma City. Williams eventually joined her husband in Oklahoma City but did not play with the band. The group, Andy Kirk’s Twelve Clouds of Joy, moved to Tulsa, Oklahoma, where Williams, when she wasn’t working as a musician, was employed transporting bodies for an undertaker. When the Clouds of Joy accepted a longstanding engagement in Kansas City, Missouri, Williams joined her husband and began sitting in with the band, as well as serving as its arranger and composer. She provided Kirk with such songs as “Walkin’ and Swingin'”, “Twinklin'”, “Cloudy'”, and “Little Joe from Chicago”.

Williams was the arranger and pianist for recordings in Kansas City (1929) Chicago (1930), and New York City (1930). During a trip to Chicago, she recorded “Drag ‘Em” and “Night Life” as piano solos. She used the name “Mary Lou” at the suggestion of Jack Kapp at Brunswick Records.[9] The records sold briskly, raising Williams to national prominence. Soon after the recording session she signed on as Kirk’s permanent second pianist, playing solo gigs and working as a freelance arranger for Earl Hines, Benny Goodman and Tommy Dorsey. In 1937, she produced In the Groove (Brunswick), a collaboration with Dick Wilson, and Benny Goodman asked her to write a blues song for his band. The result was “Roll ‘Em”, a boogie-woogie piece based on the blues, which followed her successful “Camel Hop”, named for Goodman’s radio show sponsor, Camel cigarettes. Goodman tried to put Williams under contract to write for him exclusively, but she refused, preferring to freelance instead

1912 – Paramount Pictures is founded in the Hollywood neighborhood of Los Angeles, California.

Paramount is the fifth oldest surviving film studio in the world after the French studios Gaumont Film Company (1895) and Pathé (1896), followed by the Nordisk Film company (1906), and Universal Studios (1912). It is the last major film studio still headquartered in the Hollywood district of Los Angeles.

Paramount Pictures dates its existence from the 1912 founding date of the Famous Players Film Company. Hungarian-born founder Adolph Zukor, who had been an early investor in nickelodeons, saw that movies appealed mainly to working-class immigrants.[7] With partners Daniel Frohman and Charles Frohman he planned to offer feature-length films that would appeal to the middle class by featuring the leading theatrical players of the time (leading to the slogan “Famous Players in Famous Plays”). By mid-1913, Famous Players had completed five films, and Zukor was on his way to success. Its first film was Les Amours de la reine Élisabeth, which starred Sarah Bernhardt.

That same year, another aspiring producer, Jesse L. Lasky, opened his Lasky Feature Play Company with money borrowed from his brother-in-law, Samuel Goldfish, later known as Samuel Goldwyn. The Lasky company hired as their first employee a stage director with virtually no film experience, Cecil B. DeMille, who would find a suitable site in Hollywood, near Los Angeles, for his first feature film, The Squaw Man. 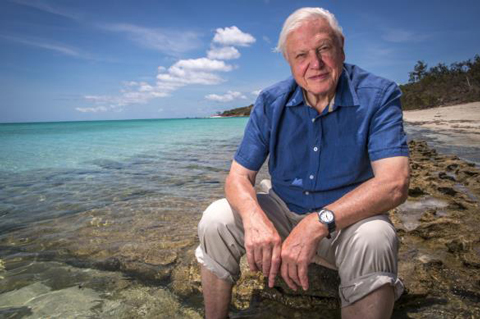 Attenborough spent his childhood collecting fossils, stones and other natural specimens.[14] He received encouragement in this pursuit at age seven, when a young Jacquetta Hawkes admired his “museum”. He also spent a considerable amount of his time in the grounds of the university, and, aged 11, he heard that the zoology department needed a large supply of newts, which he offered via his father to supply for 3d each. The source, which wasn’t revealed at the time, was a pond less than five metres from the department. A few years later, one of his adoptive sisters gave him a piece of amber filled with prehistoric creatures; some 50 years later, it would be the focus of his programme The Amber Time Machine.

In 1936 David and his brother Richard attended a lecture by Grey Owl (Archibald Belaney) at De Montfort Hall, Leicester, and were influenced by his advocacy of conservation. According to Richard, David was “bowled over by the man’s determination to save the beaver, by his profound knowledge of the flora and fauna of the Canadian wilderness and by his warnings of ecological disaster should the delicate balance between them be destroyed. The idea that mankind was endangering nature by recklessly despoiling and plundering its riches was unheard of at the time, but it is one that has remained part of Dave’s own credo to this day.” In 1999, Richard directed a biopic of Belaney entitled Grey Owl.

Attenborough was educated at Wyggeston Grammar School for Boys in Leicester and then won a scholarship to Clare College, Cambridge in 1945, where he studied geology and zoology and obtained a degree in natural sciences. In 1947 he was called up for national service in the Royal Navy and spent two years stationed in North Wales and the Firth of Forth. 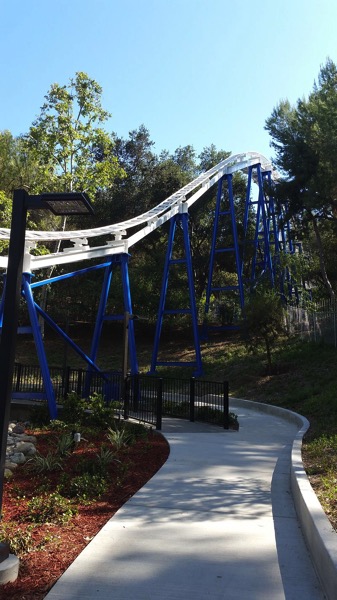 In the mid-1970s, Magic Mountain enlisted ride manufacturer Anton Schwarzkopf and legendary designer Werner Stengel to design and build the first looping roller coaster in modern times. The last known existence of one was Loop the Loop at Coney Island during the early 1900s. Prior to Great American Revolution’s opening, a week of testing was needed to properly calibrate the tightness of the wheels, in order to get the train to complete one full circuit. At the ride’s opening, staff operating the ride were outfitted with Continental Army-style uniforms to match the time period of the American Revolution, which the country was celebrating for its Bicentennial.[4]

In 1979 following the purchase of the park by Six Flags, the ride’s name was changed to La Revolución in honor of the Mexican Revolution. In 1988, the ride’s name was changed once more to simply Revolution. In June 2002, a Coaster Landmark plaque awarded by American Coaster Enthusiasts (ACE) was placed near the line queue in front of the ride. The award was presented in recognition of its accomplishment as the world’s first modern vertical-looping roller coaster. In 2005, parts of Revolution had to be dismantled to make way for the park’s new Tatsu roller coaster that was being constructed. Revolution reopened with Tatsu on the new coaster’s media day on May 11, 2006.