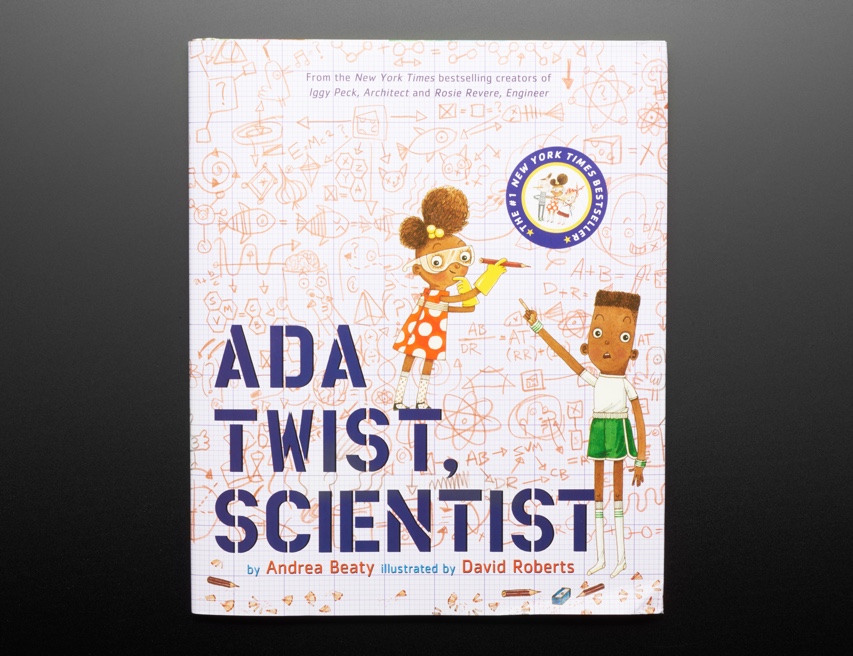 If there’s a curious kid in your life who’s always asking “Why?”, Ada Twist, Scientist by Andrea Beaty and David Roberts will surely put a smile on your face. It’s a great book to share with a scientifically-inclined young mind or even enjoy as an adult who experienced a similar awakening of curiosity at an early age.

Anyone familiar with the works of Dr. Seuss will find a familiarity but also an originality in the whimsical rhymes that Beaty uses to tell the story of Ada Twist – our precocious protagonist. In one example of a particularly playful couplet, Ada queries:

“How does a nose know there’s something to smell?”
“And does it still stink if there’s no nose to tell?”

The quality and quantity of wordplay and alliteration are enough to delight Edgar Allan Poe! 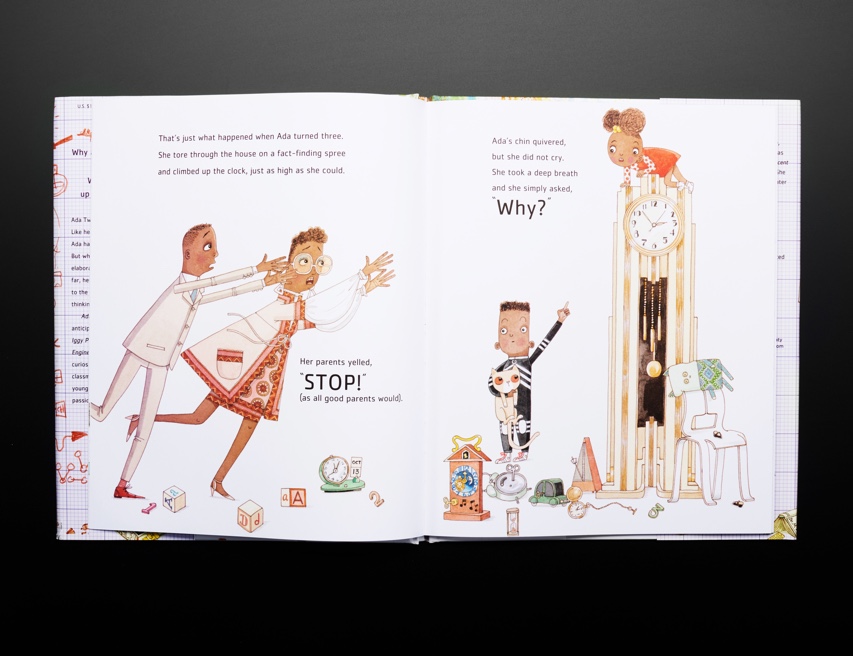 Ada Twist did not utter a single word or sound until she was three years old. She would observe the world and silently pursue sights and sounds, often climbing on furniture and creating chaos in her home. The first word she said–or rather, the first question she asked–was, “Why?” in response to her parents telling her to stop climbing around the house.

Her curiosity only continues as she gets older, and her experiments take center stage in her class at school. It’s there that she discovers a curious smell and wonders what on earth could be its source. Ada conducts a number of tests in an attempt to identify the smell; whether it’s invading her dad’s cabbage stew or attempting to put her family cat through the washing machine, she’s determined to get to the bottom of it. 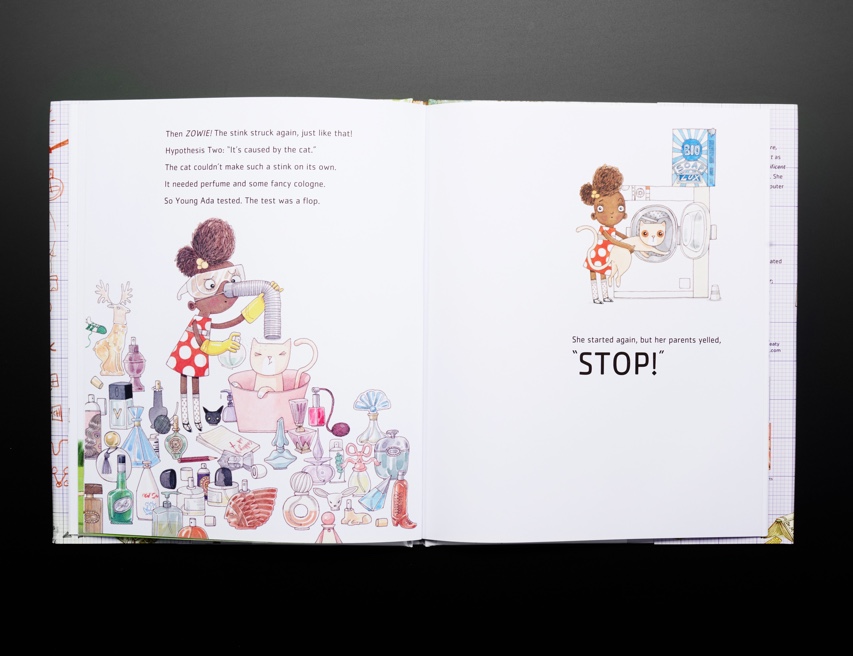 Ultimately, the story is not so much about what’s causing the stench but rather the fun of asking questions, doing research, and sharing your curiosities and experiences with others – whether it’s your family, classmates, pets, or anyone else!

Through all of the chaos and occasional let-downs that come along with seeking answers to tough questions, Ada teaches us not to abandon our inquisitive instincts, especially in the face of well-intentioned admonishment. For all the young scientists and makers out there, Ada Twist, Scientist is sure to be a delightful read. 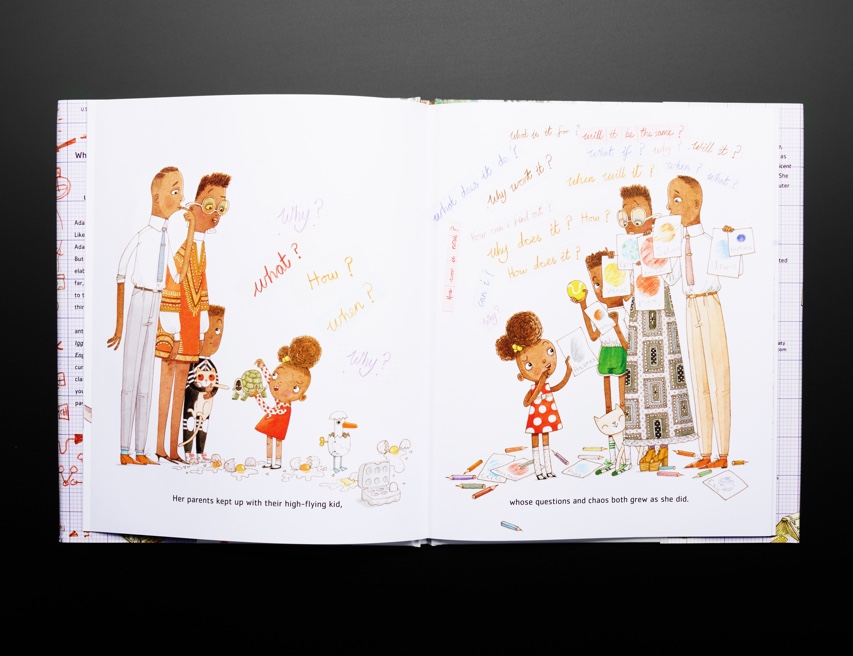 Coming soon to the Adafruit shop!