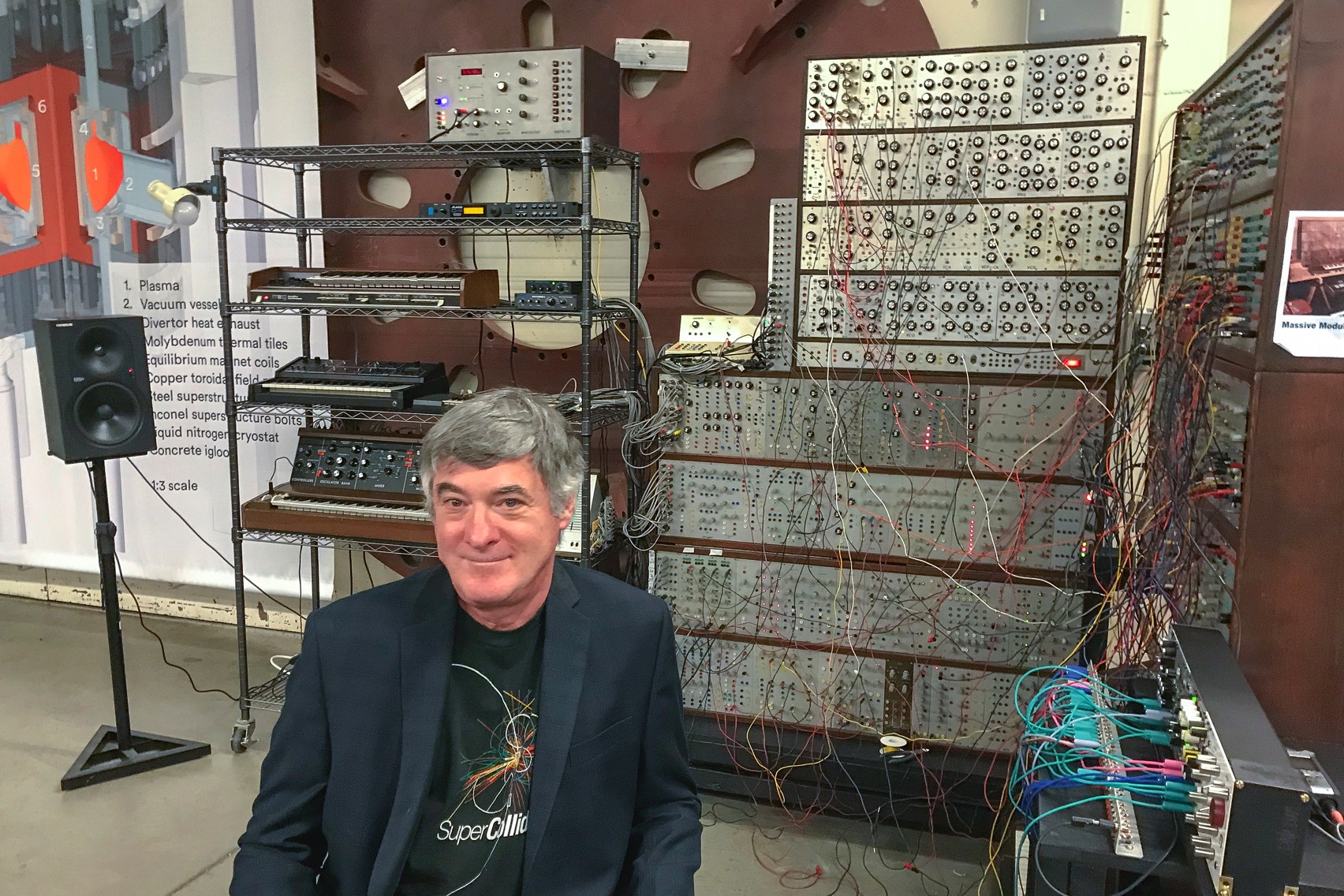 It could be the background soundtrack for a science fiction movie. Some sounds bubble up like prehistoric chirps from primordial ooze. Others whirl up and down octaves, quickly joined by a progressive rattling that slinks across the sound landscape.

“That’s C-Mod’s data!” says Professor Joe Paradiso, director of the Responsive Environments Group at the MIT Media Lab. “That sch-sch-sch-sch. Like a snake.”

Or like chattering insects, or a New Year’s Eve noisemaker.

Paradiso is using a modular synthesizer to translate data into artful sound — specifically data from one of the final fusion experiments on the Plasma Science and Fusion Center’s (PSFC) Alcator C-Mod tokamak. Late on Sept. 30, 2016, this experiment set the plasma pressure record for a magnetically confined fusion device. To emphasize the connection between the scientific data and the soundscape it augments, Paradiso has temporarily located his project at the PSFC near the cell where Alcator C-Mod is still housed.

The Paradiso Synthesizer, arguably the world’s largest homemade modular synthesizer, produces sounds which have been programmed manually by running wires between various outputs and inputs. Unlike today’s digital synthesizers, which normally hide their many capabilities behind menus or graphical interface screens that allow for changing only one parameter at a time, the modular synthesizer exposes all aspects of sound creation and modification simultaneously via the physical modules.
The modules produce complex and varied sonic environments from a complicated patch — or set of connections — that Paradiso creates. The patch determines the sounds, as well as how they are controlled and triggered, ensuring that the sonic environment generated by the synthesizer will never be repeated.

Checkout the Sream of “Resynthesizer” here

Comments Off on Spinning data into sound #MusicMonday