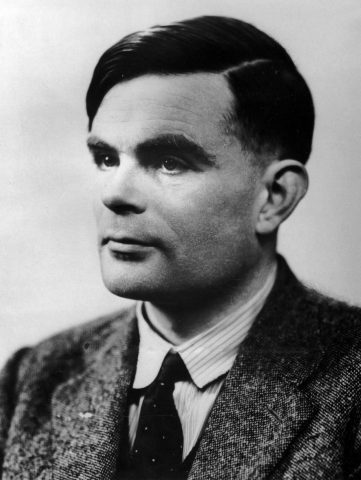 Excellent article from The New York Times on Alan Turing’s later work, and how this research is finding relevancy today.

Many have heard of Alan Turing, the mathematician and logician who invented modern computing in 1935. They know Turing, the cryptologist who cracked the Nazi Enigma code, helped win World War II. And they remember Turing as a martyr for gay rights who, after being prosecuted and sentenced to chemical castration, committed suicide by eating an apple laced with cyanide in 1954.

But few have heard of Turing, the naturalist who explained patterns in nature with math. Nearly half a century after publishing his final paper in 1952, chemists and biological mathematicians came to appreciate the power of his late work to explain problems they were solving, like how zebrafish get their stripes or cheetahs get spots. And even now, scientists are finding new insights from Turing’s legacy.

Most recently, in a paper published Thursday in Science, chemical engineers in China used pattern generation described by Turing to explain a more efficient process for water desalination, which is increasingly being used to provide freshwater for drinking and irrigation in arid places.