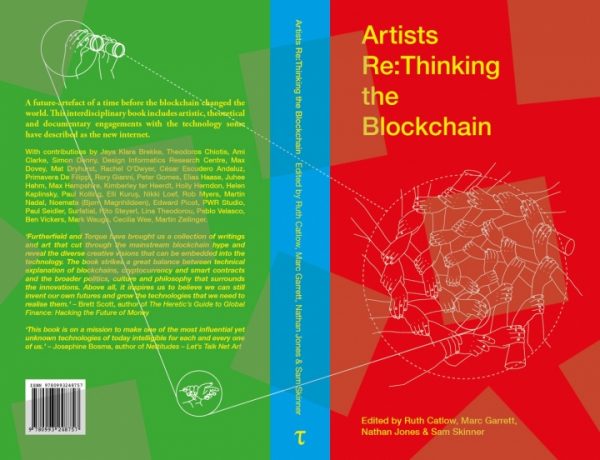 Since Satoshi Nakamoto outlined the fundamentals of blockchain in his 2008 paper “Bitcoin: A Peer-to-Peer Electronic Cash System,” the technology’s assemblage of nodes, keys, hashes, signatures, and stamps has been further expanded. For example, Ethereum founder Vitalik Buterin, through his platform’s introduction of the Distributed Autonomous Organization (DAO), has allowed mainstream financial institutions and NGOs to modify the original Bitcoin ledger system in order to implement unique versions of the software for their own self-tailored purposes. 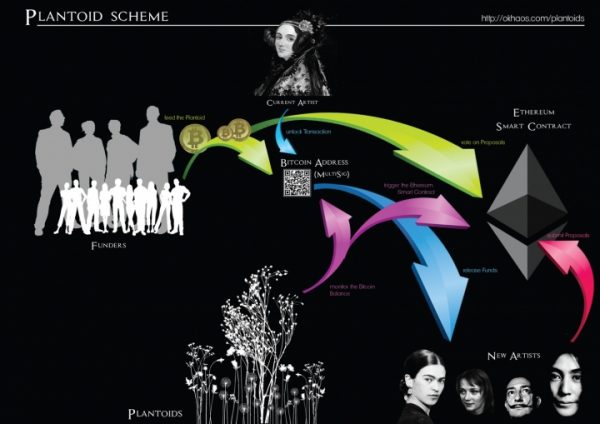 Now that the wild speculation on Bitcoin’s value and the explosion of fringe cryptocurrencies has died down, the cooling of the Bitcoin craze has revealed a contiguous conversation regarding the use of blockchain technology in the work of several artists, designers, and thinkers. Pseudonymous Bitcoin architect Satoshi Nakamoto’s loud absence has become the stuff of legend. Yet what, if anything, will be the eventual applications of his crowning achievement? Beyond the more practical and market-oriented functions of blockchain, what kinds of more creative, imaginative futures can be realized through the technology?

Following up on their 2010 book, Artists Re:Thinking Games, Furtherfield’s Ruth Cathow and Mark Garrett have collaborated with Torque Editions co-founders Sam Skinner and Nathan Jones to produce Artists Re:Thinking the Blockchain, a collection of contributions from artists, curators, writers, software designers, and critical theorists. The book is divided into three sections: documentation of artworks that incorporate or intervene in blockchain protocols, creative works including speculative fictions that explore the technology’s affective potential, and a theory section.

Electronics — My signal isn’t THAT noisy, is it?

Comments Off on What Blockchain Means for Contemporary Art #ArtTuesday