Memory transferred between snails, challenging standard theory of how the brain remembers! @ucla 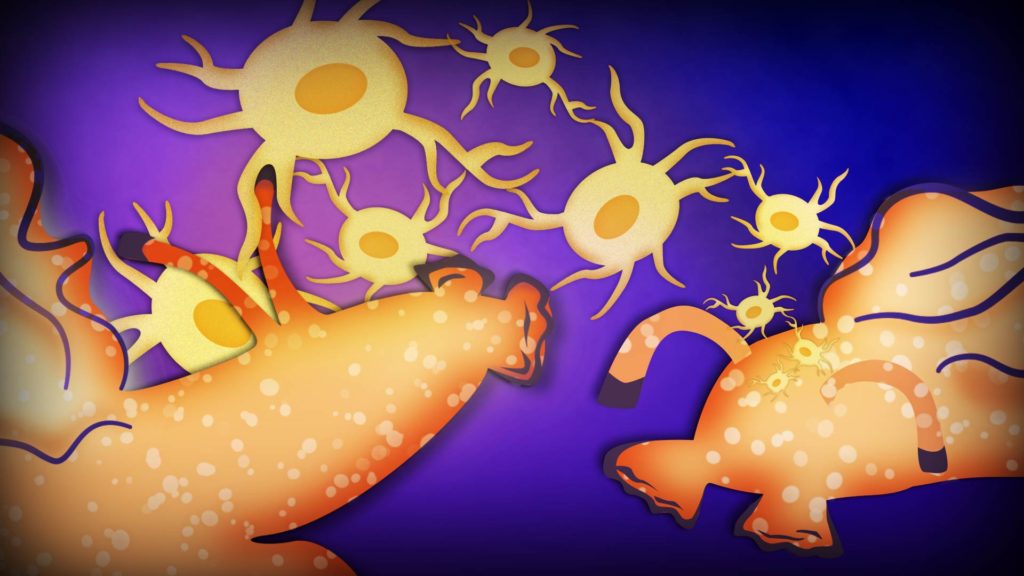 UCLA neuroscientists reported Monday that they have transferred a memory from one animal to another via injections of RNA, a startling result that challenges the widely held view of where and how memories are stored in the brain.

The finding from the lab of David Glanzman hints at the potential for new RNA-based treatments to one day restore lost memories and, if correct, could shake up the field of memory and learning.

“It’s pretty shocking,” said Dr. Todd Sacktor, a neurologist and memory researcher at SUNY Downstate Medical Center in Brooklyn, N.Y. “The big picture is we’re working out the basic alphabet of how memories are stored for the first time.” He was not involved in the research, which was published in eNeuro, the online journal of the Society for Neuroscience.

Many scientists are expected to view the research more cautiously. The work is in snails, animals that have proven a powerful model organism for neuroscience but whose simple brains work far differently than those of humans. The experiments will need to be replicated, including in animals with more complex brains. And the results fly in the face of a massive amount of evidence supporting the deeply entrenched idea that memories are stored through changes in the strength of connections, or synapses, between neurons.

“If he’s right, this would be absolutely earth-shattering,” said Tomás Ryan, an assistant professor at Trinity College Dublin, whose lab hunts for engrams, or the physical traces of memory. “But I don’t think it’s right.”

Glanzman knows his unceremonial demotion of the synapse is not going to go over well in the field. “I expect a lot of astonishment and skepticism,” he said. “I don’t expect people are going to have a parade for me at the next Society for Neuroscience meeting.”

Even his own colleagues were dubious. “It took me a long time to convince the people in my lab to do the experiment,” he said. “They thought it was nuts.”

Glanzman’s experiments — funded by the National Institutes of Health and the National Science Foundation — involved giving mild electrical shocks to the marine snail Aplysia californica. Shocked snails learn to withdraw their delicate siphons and gills for nearly a minute as a defense when they subsequently receive a weak touch; snails that have not been shocked withdraw only briefly.

The researchers extracted RNA from the nervous systems of snails that had been shocked and injected the material into unshocked snails. RNA’s primary role is to serve as a messenger inside cells, carrying protein-making instructions from its cousin DNA. But when this RNA was injected, these naive snails withdrew their siphons for extended periods of time after a soft touch. Control snails that received injections of RNA from snails that had not received shocks did not withdraw their siphons for as long.

“It’s as if we transferred a memory,” Glanzman said.

Glanzman’s group went further, showing that Aplysia sensory neurons in Petri dishes were more excitable, as they tend to be after being shocked, if they were exposed to RNA from shocked snails. Exposure to RNA from snails that had never been shocked did not cause the cells to become more excitable.

Comments Off on Memory transferred between snails, challenging standard theory of how the brain remembers! @ucla