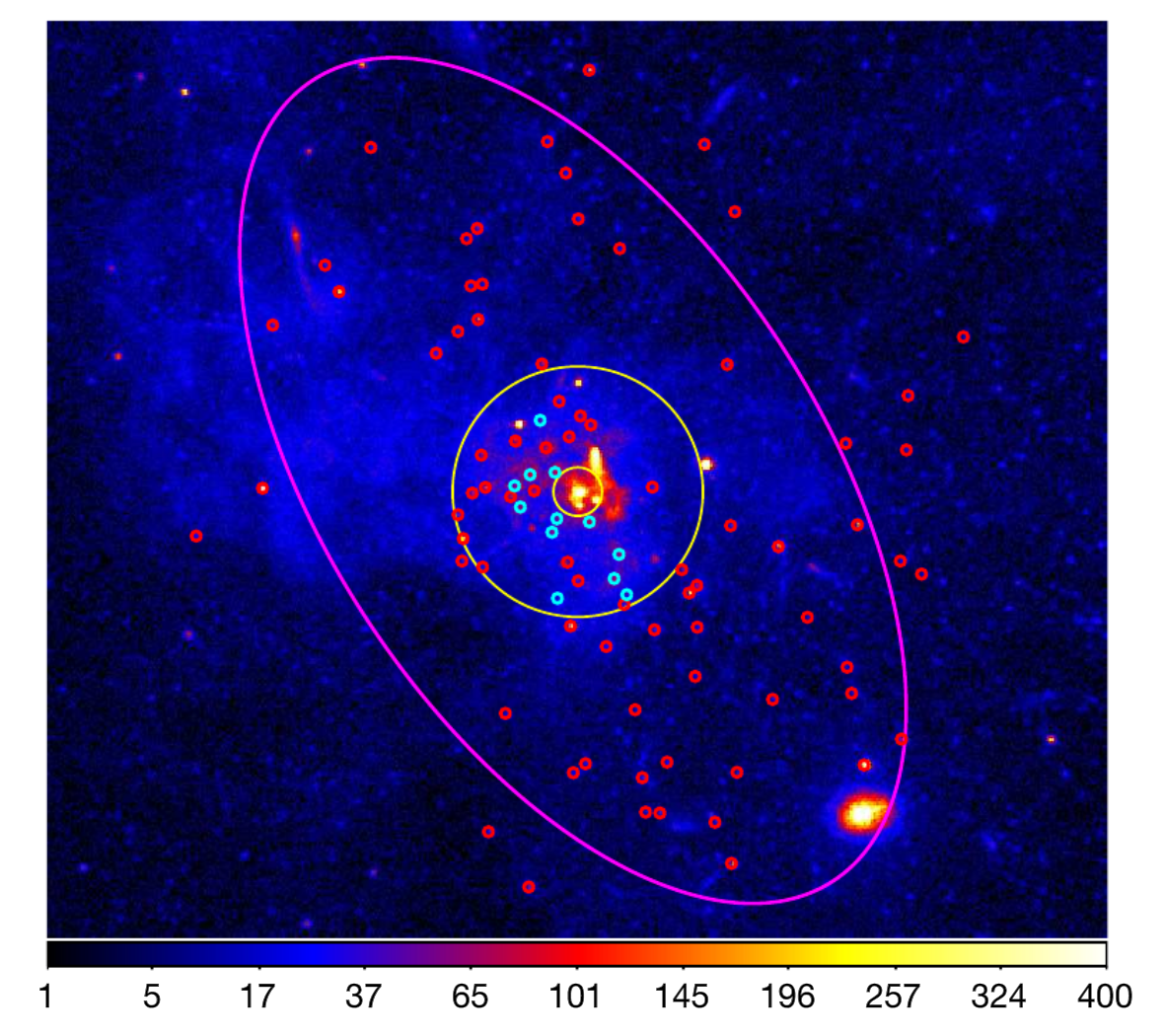 I’m just catching up on some ‘space reading’ I had filed away for a later day – including this story of how as many as twelve black holes might be occupying the middle of our Milky Way (in the image above the blue outlines are the suspected black holes):

The existence of a ‘density cusp’—a localized increase in number—of stellar-mass black holes near a supermassive black hole is a fundamental prediction of galactic stellar dynamics. The best place to detect such a cusp is in the Galactic Centre, where the nearest supermassive black hole, Sagittarius A*, resides. As many as 20,000 black holes are predicted to settle into the central parsec of the Galaxy as a result of dynamical friction; however, so far no density cusp of black holes has been detected. Low-mass X-ray binary systems that contain a stellar-mass black hole are natural tracers of isolated black holes. Here we report observations of a dozen quiescent X-ray binaries in a density cusp within one parsec of Sagittarius A*. The lower-energy emission spectra that we observed in these binaries is distinct from the higher-energy spectra associated with the population of accreting white dwarfs that dominates the central eight parsecs of the Galaxy. The properties of these X-ray binaries, in particular their spatial distribution and luminosity function, suggest the existence of hundreds of binary systems in the central parsec of the Galaxy and many more isolated black holes. We cannot rule out a contribution to the observed emission from a population (of up to about one-half the number of X-ray binaries) of rotationally powered, millisecond pulsars. The spatial distribution of the binary systems is a relic of their formation history, either in the stellar disk around Sagittarius A* or through in-fall from globular clusters, and constrains the number density of sources in the modelling of gravitational waves from massive stellar remnants, such as neutron stars and black holes.

That text is from a 19-page ‘letter’ hosted at nature.com – the letter is behind a wall of sorts, but can be accessed via an ad-less token link by clicking the ‘published’ link in the 3rd paragraph of this The Atlantic article.