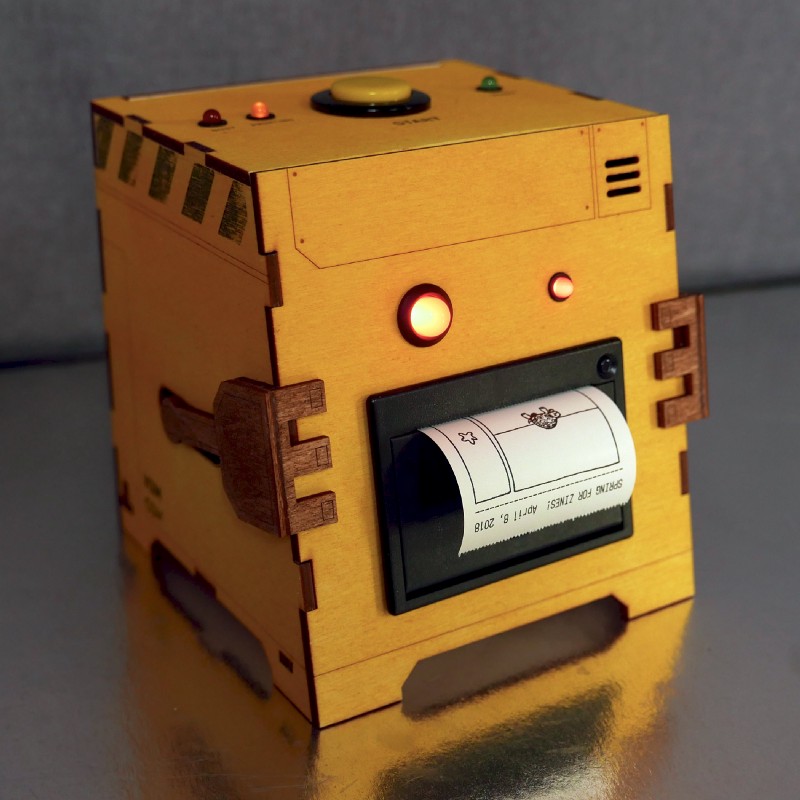 As seen on Reddit, the Vomit Comic Robot is not only able to spew words out of its thermal printer mouth, but generates actual pictorial comics via a Processing sketch running on a Raspberry Pi. A simple user interface consists of a button on top, which causes the robot to expel, along with several lights and a “halt”— power off — button in the back.

The robot itself is quite well made, first mocked up with foam core and masking tape, then finally laser-cut out of birch plywood, using Ponoko to do the actual manufacturing. In order to create a robotic effect worthy of its vomitous comics, the wood was stained using clothing dye and decorated further with coffee grounds, also with a marker transfer technique using a toner-based print.

As with many projects, fitting the electronics inside presented quite the challenge (no one ever asks for a smaller enclosure), but worked out in the end. If you’d like to build your own, code for the project can be found on GitHub.