romain jacquet-lagrèze’snew photo series is a collection of four years worth of capturing various moments on hong kong’s rooftops. what started out by chance, developed into a diverse assemblage of scenes that portrays moments of the city’s elevated life.

romain jacquet-lagrèze took on the role of an urban observer, waiting to capture interesting scenes of action rather than focusing on people or identifiable locations. the first photo was taken in 2014 by chance while scouting for another project. ‘a patch of rooftop nearby was suddenly bathed in light, and something on it moved,’ the photographer explains, ‘I realized it was someone mending an aerial, as though spotlighted by the sun – I quickly snapped the scene, entranced by the magic of the moment.’ it was not until a few weeks later, after capturing another incident on a rooftop of a school girl taking photos of a street protest, that jacquet-lagrèze decided to portray the city’s rooftop life through his series ‘concrete stories’. most photos are snaps of communal rooftops, which the photographer refers to as ‘courtyards in the sky.’ 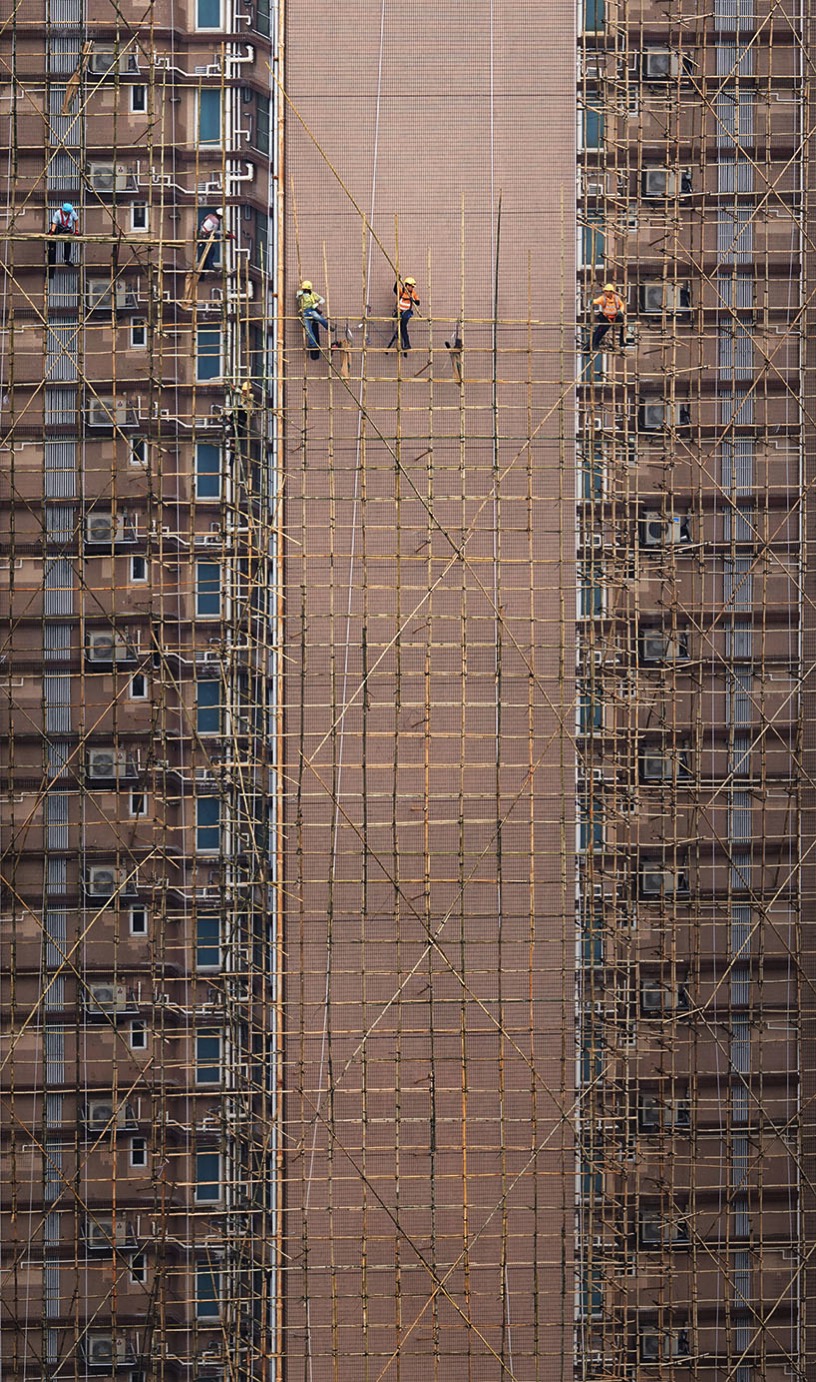