“Something bold, something pure” – the 50-year long legacy of 2001: A Space Odyssey #SciFiSunday 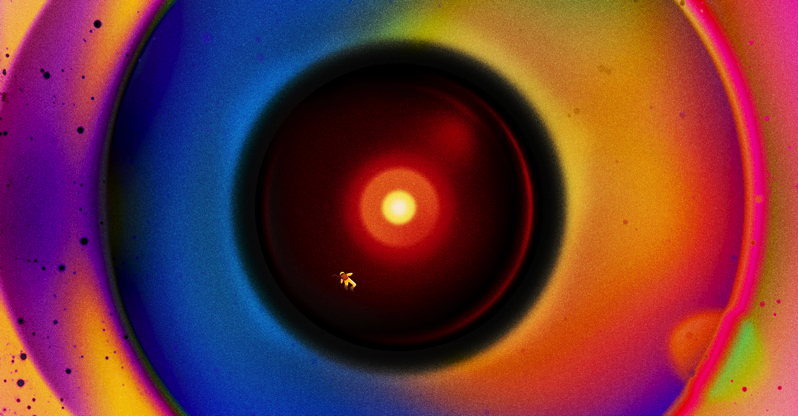 A group of artists celebrate the 50th Anniversary of 2001: A Space Odyssey in this wonderful post from It’s Nice That.

When 2001: A Space Odyssey premiered on 10 May 1968 – 50 years ago today – it somehow captured the imagination of its viewers: an audience who was yet to experience footage of the moon landing over a year later. Packed full of lengthy sequences and free from dialogue or even sound, its imagery, directed by Stanley Kubrick, is tranquil to the point of being static at times. This combined with its understandably puzzling ending meant the film received mixed reviews from critics upon its release. Despite this, it quickly garnered a ferocious cult following and became the highest grossing film of that year: the only Kubrick motion picture to hold this status.

Kubrick’s visuals, score and concepts made waves throughout the film industry and beyond; waves which are especially pertinent today among growing polarisation concerning artificial intelligence (AI). Richard Strauss’ Also sprach Zarathustra which features on the film’s soundtrack is, as a result, synonymous with space travel and was used by the BBC in its coverage of the Apollo 11 Missions. More notably in recent times, the disembodied yet sentient voice of Hal 9000 is echoed in Samantha, the AI love interest of Joaquin Phoenix in Spike Jonze’s Her.

Comments Off on “Something bold, something pure” – the 50-year long legacy of 2001: A Space Odyssey #SciFiSunday