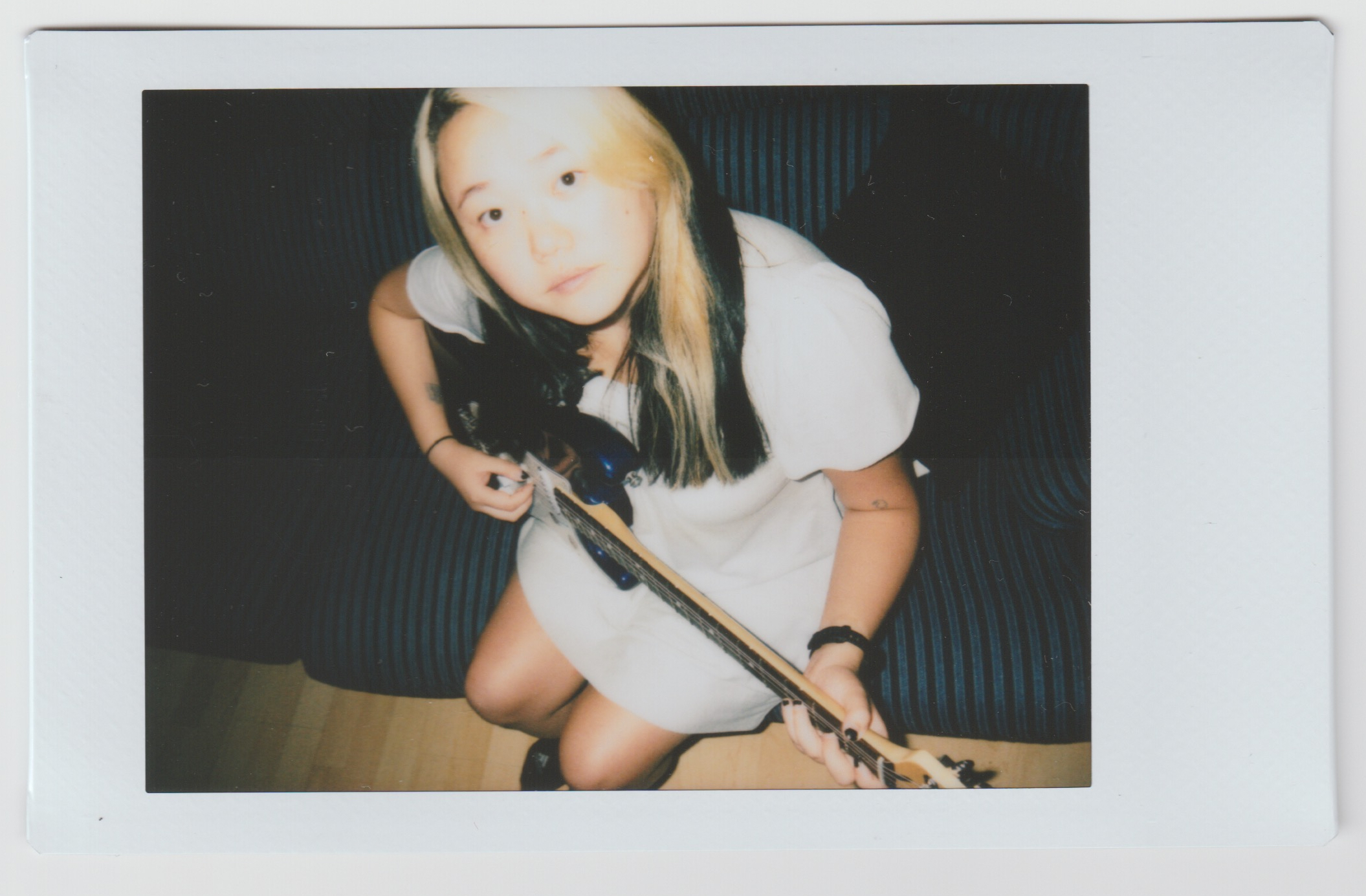 Rose Chan aka Okin Osan is a terrific young artist who debuted in 2016 with the Are You Game? EP on the Healthy Tapes label. Offering something a little different, Okin Osan’s mix of youth (many of these songs were written between the ages of 13 and 18), brevity (sub 3-minute songs are the rule here) and eclecticism all come together here to justify repeat plays and offer the seeds of inspiration that only DIY music can provide. Since then she’s continued to pick up fans and acclaim through features on sites like The Le Sigh, Happy and Eucalypt, plus tours, compilation appearances and a lot of hard work.

There’s a real beauty to her sound, an intoxicating mix of ’60s pop and garage, surf and contemporary indie rock. It’s somewhere between Parallel Lines, Crazy for You, Leader of the Pack, Dookie and I, Jonathan. The music is ragged and her voice is warm, both full of life and feeling. She records these songs at home, collaborating with friends and family, mixing her songs on the bus and train; creating wherever she can, whenever she can.

It was great speaking to Chan about DIY recording, picking gear, keeping things simple and the importance of research and using what you have to its fullest potential.

Where are you based?
Sydney, Australia. I’m from a very suburban area an hour away north north west from the city. I was born in Hong Kong but I moved here with my family when I was a toddler.

What was your introduction to music?
Before preschool, my grandma used to babysit me and she’d play her homemade cassette mixtapes of her favourite 50s and 60s rock ’n’ roll songs and ballads. My parents also love music and they always played CDs in the house and in the car, often with songs on repeat for hours. I was also classically trained in flute and piano and finished all the exams. I think the music I perform now is mostly influenced by songs from the 50s and stuff I listened to when I was a teenager like 80s American punk and 2000s indie rock.

What have you been working on?
I just got home to Sydney from a small tour to neighbouring cities Melbourne and Canberra. I recently released a new single called “I Wanna Be That Girl”. It’s the first Okin Osan song that I mixed myself with my drummer Fenn Idle. I’ve spent the last few weeks designing and making a whole lot of new Okin Osan merch.

How have you seen technology change the creation and consumption of music in your lifetime?
Technology has made the creation music easier and faster. Programs like Logic, Ableton, Cubase, etc. and their functions are changing the way people write music because they can instantly play back sounds, chop and change their tracks, and add effects with the click of a button. “Ableton” has almost become its own genre of music. This phenomenon scares me, so I only write music with my guitar or my piano and use my laptop for recording.

Music is also increasingly more accessible for consumers. Everything is online and available at a low price, if not free.

Describe your recording or production setup:
I record in my living room. There’s a few couches, chairs and cushions, and I lay out all the instruments, the audio interface, and my laptop on the floor or on a table. My first EP was recorded live with my band by a friend called Wade Gilmour in his living room. My latest single was recorded in small studio with my friend Steph Kim. I do mixing on my laptop either on the couch, my bed, or when I’m in transit on public transport.

Any tips for gear or customising your workspace?
I like to keep things as simple as possible when I’m recording at home so setting up and packing down takes minimal time. Keep snacks and drinks nearby. Do your own research and shop around before committing to any programs or pedals. Utilise each tool you have to the fullest of its capability before amassing more stuff.

What’s one song everybody should hear?
“I’ll Wait For You” by Frankie Avalon

Who do you think we should ask these questions next?
Fazerdaze from NZ!

The “I Wanna Be That Girl” single is out now.

Okin Osan will be playing on June 2nd at the Bank Hotel in Newtown, South Wales, Australia – event info. 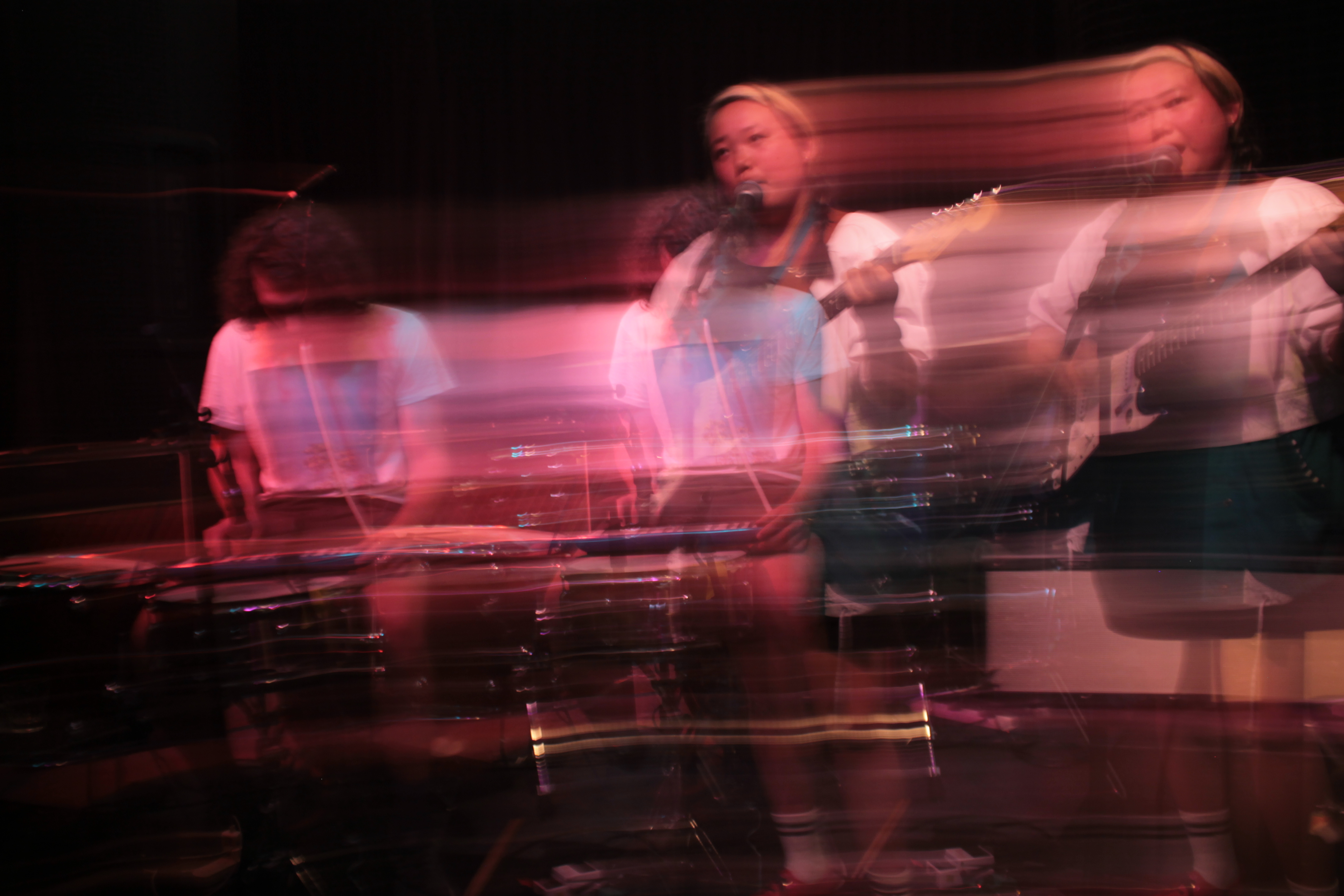 Comments Off on MusicMakers013: Okin Osan