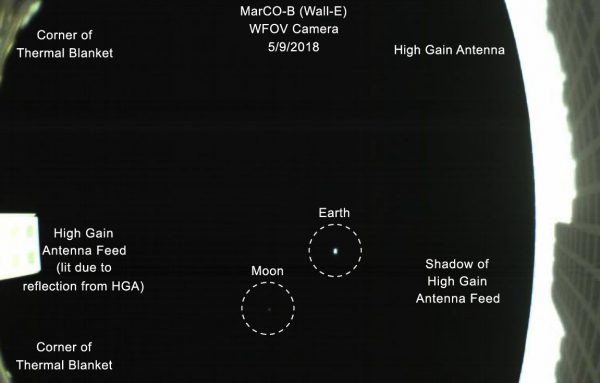 Just call it an interplanetary postcard.

On May 5, NASA launched two, tiny, briefcase-sized satellites (called cubesats) to Mars, but at least one of them still has an eye for Earth. One of the Mars Cube One (MarCO) cubesats, nicknamed Wall-E, snapped a photo of Earth from more than half a million miles away.

Earth appears as a pale blue speck, and to its left is an even fainter speck: our moon.

NASA scientists weren’t doing this for sport, but to see if the cubesat’s antenna had unfolded — and worked. 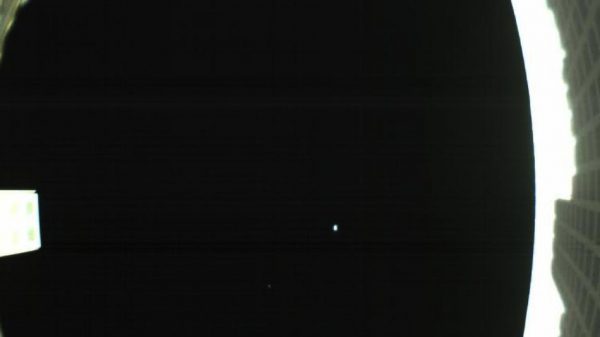