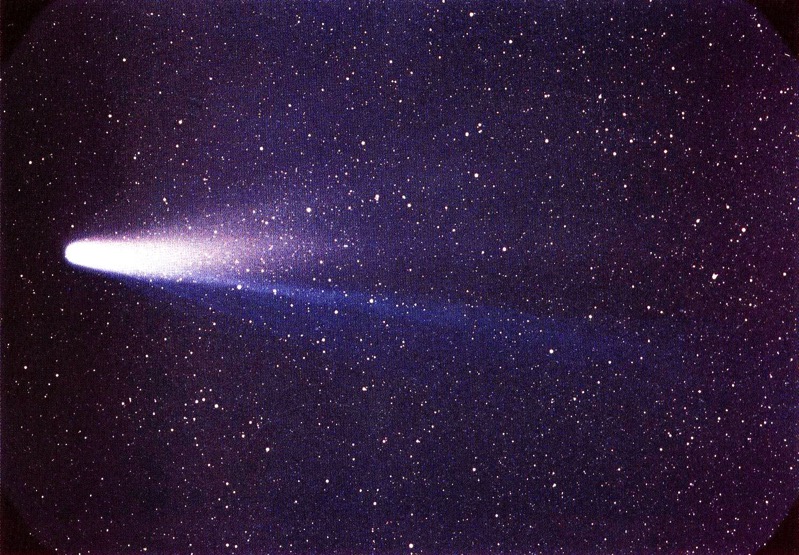 Halley’s returns to the inner Solar System have been observed and recorded by astronomers since at least 240 BC. Clear records of the comet’s appearances were made by Chinese, Babylonian, and medieval European chroniclers, but were not recognized as reappearances of the same object at the time. The comet’s periodicity was first determined in 1705 by English astronomer Edmond Halley, after whom it is now named. 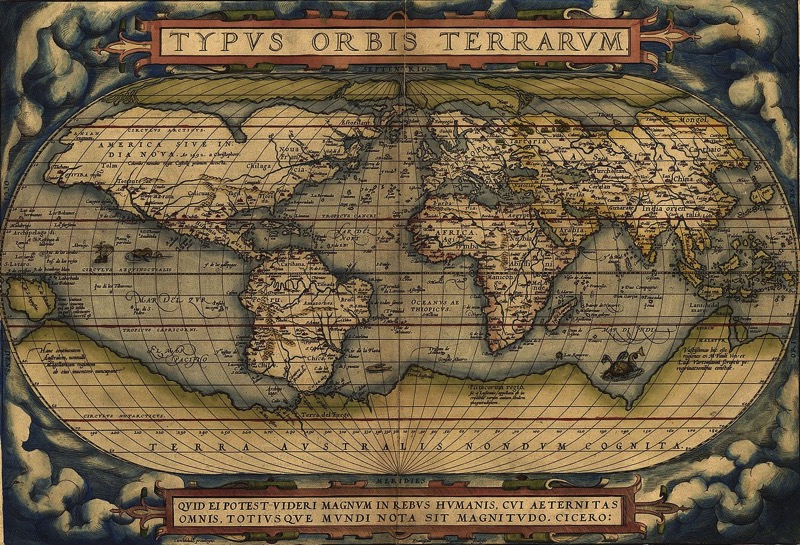 The atlas contained virtually no maps from the hand of Ortelius, but 53 bundled maps of other masters, with the source as indicated. Previously, only the pooling of disparate maps were released as custom on order. The Ortelius atlas, however, dropped the maps for this all in the same style and on the same size on copper plates, logically arranged by continent, region and State. He provided the maps in addition to a descriptive comment and referrals on the reverse. As such, this was the first time that the entirety of Western European knowledge of the world was brought together in one book. 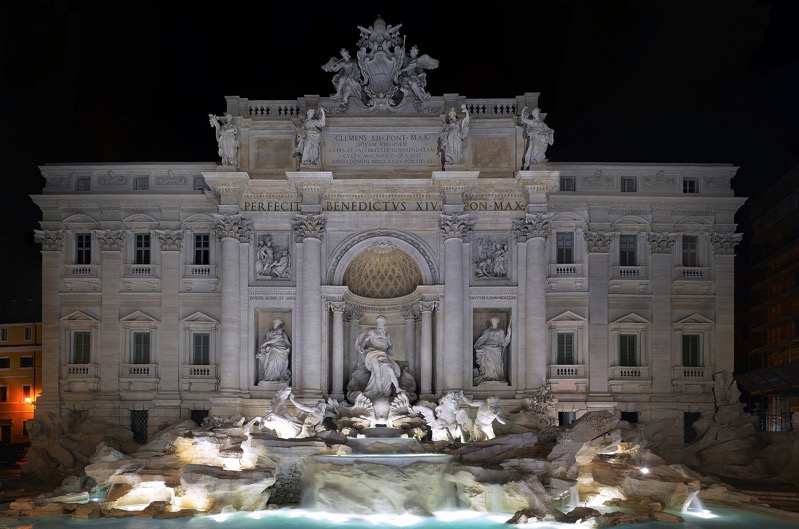 n 1629 Pope Urban VIII, finding the earlier fountain insufficiently dramatic, asked Gian Lorenzo Bernini to sketch possible renovations, but the project was abandoned when the pope died. Though Bernini’s project was never constructed, there are many Bernini touches in the fountain as it exists today. An early, influential model by Pietro da Cortona, preserved in the Albertina, Vienna, also exists, as do various early 18th century sketches, most unsigned, as well as a project attributed to Nicola Michetti one attributed to Ferdinando Fuga and a French design by Edmé Bouchardon.

Competitions had become the rage during the Baroque era to design buildings, fountains and even the Spanish Steps. In 1730 Pope Clement XII organized a contest in which Nicola Salvi initially lost to Alessandro Galilei – but due to the outcry in Rome over a Florentine having won, Salvi was awarded the commission anyway. Work began in 1732.

Salvi died in 1751 with his work half finished, but he had made sure a stubborn barber’s unsightly sign would not spoil the ensemble, hiding it behind a sculpted vase, called by Romans the asso di coppe, the “Ace of Cups”, because of its resemblance to a Tarot card.[11] Four different sculptors were hired to complete the fountain’s decorations: Pietro Bracci (whose statue of Oceanus sits in the central niche), Filippo della Valle, Giovanni Grossi, and Andrea Bergondi. Giuseppe Pannini was hired as architect.

The Trevi Fountain was finished in 1762, who substituted the present allegories for planned sculptures of Agrippa and Trivia, the Roman virgin. It was officially opened and inaugurated on May 22 by Pope Clement XIII. 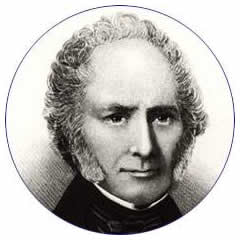 In 1836 Sturgeon established the journal Annals of Electricity, Magnetism and Chemistry, and in the same year he invented a galvanometer.

Sturgeon was a close associate of John Peter Gassiot and Charles Vincent Walker and the three were instrumental in founding the London Electrical Society in 1837.

In 1840 he became superintendent of the Royal Victoria Gallery of Practical Science in Manchester. He formed a close social circle with John Davies, one of the Gallery’s promoters, and Davies’s student James Prescott Joule, a circle that eventually extended to include Edward William Binney and the surgeon John Leigh.[4] The Gallery closed in 1842, and he earned a living by lecturing and demonstrating. He died in Prestwich in 1850, and is buried in the Churchyard of St Mary’s Parish Church in a tomb that calls him “William Sturgeon ~ The Electrician”.

1849 – Abraham Lincoln becomes the first and only U.S. President to hold a patent, which is for an invention to lift boats. 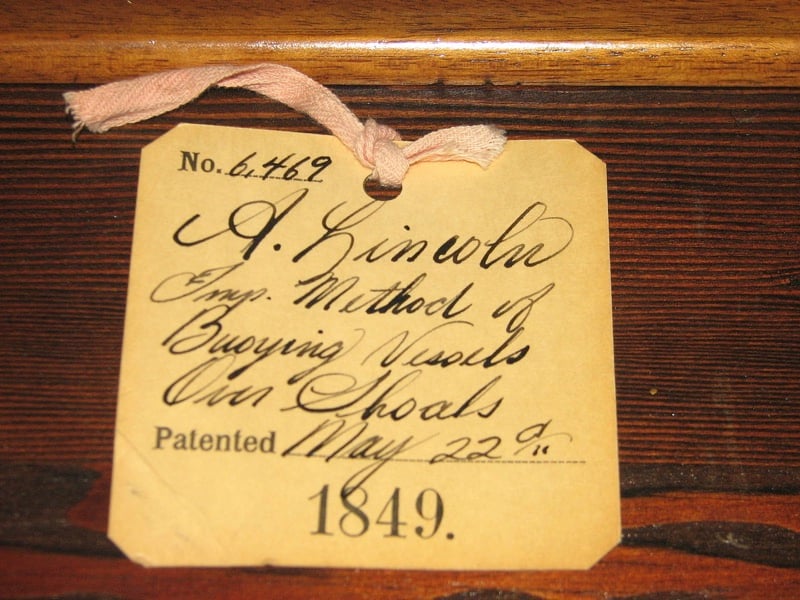 The invention stemmed from Lincoln’s experiences ferrying travelers and carrying freight on the Great Lakes and some midwestern rivers.[5] In 1860, Lincoln wrote his autobiography and recounted that while in his late teens he took a flatboat down the Ohio and Mississippi Rivers from his home in Indiana to New Orleans while employed as a hired hand. The son of the boat owner kept him company and the two went out on this new undertaking without any other helpers.

After moving to Macon County, Illinois, Lincoln made an additional trip a few years later on another flatboat that went from Beardstown, Illinois, to New Orleans. He, John D. Johnston (his stepmother’s son) and John Hanks were hired as laborers by Denton Offutt to take a flatboat to New Orleans. They were to join Offutt at Springfield, Illinois. In early March 1831, the boys purchased a large canoe and traveled south on the Sangamon River.

1900 – The non-profit news cooperative The Associated Press is formed in New York City.

A 1900 Illinois Supreme Court decision (Inter Ocean Publishing Co. v. Associated Press)—that the AP was a public utility and operating in restraint of trade—resulted in AP’s move from Chicago to New York City, where corporation laws were more favorable to cooperatives.

When the AP was founded, news became a salable commodity. The invention of the rotary press allowed the New York Tribune in the 1870s to print 18,000 papers per hour. During the Civil War and Spanish–American War, there was a new incentive to print vivid, on-the-spot reporting. Melville Stone, who had founded the Chicago Daily News in 1875, served as AP General Manager from 1893 to 1921. He embraced the standards of accuracy, impartiality, and integrity. The cooperative grew rapidly under the leadership of Kent Cooper (served 1925–48), who built up bureau staff in South America, Europe and (after World War II), the Middle East. He introduced the “telegraph typewriter” or teletypewriter into newsrooms in 1914. In 1935, AP launched the Wirephoto network, which allowed transmission of news photographs over leased private telephone lines on the day they were taken. This gave AP a major advantage over other news media outlets. While the first network was only between New York, Chicago, and San Francisco, eventually AP had its network across the whole United States.