Adafruit has fallen in love with the NumWorks Python Programmable calculator. We’ve blogged about NumWorks and we carry their terrific calculator in the shop.

Recently, Adafruit asked some questions of Romain Goyet, founder of NumWorks, to find out more about the company and their products. Hackaday did an article last week about NumWorks discussing the extensive documentation on the design and build of the device.

Adafruit: Tell us about NumWorks the company and its founder?
NumWorks: NumWorks was created in 2016 by Romain Goyet. He holds two MScs in Computer Science and used to be a software engineer at Apple and has contributed to major open source projects (the Linux kernel, VLC media player, Vim).

Adafruit: What is the current number of company employees?
NumWorks: We’re currently a team of 10 people, mostly engineers.

Adafruit: Where is your office located and where are the products manufactured?
NumWorks: Our offices are in the center of Paris, France. The device is engineered in France and assembled in China.

Adafruit: Why make a calculator?
NumWorks: Because people are still using 1996 technology in the classroom for a lack of a better alternative.

Adafruit: What are the differences between your calculator and well known Texas Instruments units?
NumWorks: Math teachers say it better than we do:

Adafruit: How many foreign languages are supported and planned? Has the community helped with language translations?
NumWorks: The NumWorks calculator ships with 5 languages (English, French, Deutsch/German, Spanish and Portuguese). The community has contributed some translations such as Swedish.

Adafruit: Why use MicroPython?
NumWorks: One of the pain point of existing calculators is that they force you to learn programming by using a proprietary language from the 80’s that nobody use in the industry and that encourages poor programming techniques. We wanted to let students learn a modern language that’s an industry standard, and Python seemed like the perfect fit.

Adafruit: Do you use MicroPython for things aside from calculators?
NumWorks: Nope.

Adafruit: What are the differences between stock MicroPython and NumWorks’ fork of MicroPython?
NumWorks: Technically we’re not a fork but rather a port. We’re sticking to the core MicroPython engine, and added what it took to properly integrate it into our device.

Adafruit: Can the calculator work with multiple Python code files?
NumWorks: Sure. You can save and edit multiple files directly on the device, and run them in the Python console.

Adafruit: Has NumWorks posted fixes and/or improvements back to the MicroPython codebase?
NumWorks: The uPy’s codebase is very good, so we didn’t find any bugs to fix nor core improvements to make to the engine just yet. We did manage to get uPy working on Emscripten though (think, run Python code in the browser) so we shared our progress on that front. You can see it live at https://www.numworks.com/simulator and at https://workshop.numworks.com/python

Adafruit: What is WebUSB and what are WebUSB benefits?
NumWorks: WebUSB is a standard that allows compliant web browser to “talk” directly to an USB device. We’re making heavy use of that technology to update our calculator and exchange Python scripts with a host computer. It’s very useful because it’s a cross-platform solution (Windows, macOS, Linux, ChromeOS, Android) that doesn’t require the end-user to install any software. You just go to https://workshop.numworks.com and you can interact with your calculator straight away!

Adafruit: Is this a reference design for other things? Given the STM32F line, could a NumWorks follow-on have more hardware capability?
NumWorks: It could, but that’s not something we’re overseeing for the near future. Our current device is capable enough for the high school market we’re targeting, and we believe more powerful hardware would drive up costs with little to no benefits for students.

Adafruit: Your user manual is relatively short, focusing on the advanced features. Do you plan to expand the manual to be a full run through of use of a calculator from basics to advanced?
NumWorks: We’ve designed our device with user interface patterns that are so widespread they don’t need to be explained. The user manual won’t tell you how using the arrow key moves the selection neither how pressing the “home” button brings you back to the app launcher. But it will tell you about the few advanced math features you might need some guidance using.

Adafruit: The software is available only under Creative Commons (CC) Attribution-NonCommercial-NoDerivatives (BY-NC-ND), a license more restrictive than CC Attribution-NonCommercial (BY-NC, which itself is not regarded as free). Is this license is a disincentive for both contributors and enthusiasts?
NumWorks: It definitely is, for some contributors. We’re having a lengthy discussion on the topic on GitHub. https://github.com/numworks/epsilon/issues/38 As a young company, we’re trying our best to open our code while preserving our business model. Compared to what other calculator manufacturers do, CC-BY-ND isn’t so bad! And we’re open to improving it anyway.

Adafruit: What has been the market response to your product?
NumWorks: Even better than we’d hoped for! We now have devices in more countries than we can count.

Adafruit: Was receiving approval for American ACT and SAT test use difficult? Were there approvals for other country student use? Did the product need changes to receive approvals?
NumWorks: It was actually rather straightforward. Both have explicit requirements that you have to match ; we took those into account when we designed our device.

Adafruit: Have you received interest in the product from unexpected sectors?
NumWorks: We’ve customers using our device at virtually every major tech company : Apple, Facebook, Amazon, Google, etc… That was actually a very nice surprise because we never expected engineers to be ready to buy a new calculator just because it’s nicer and easier to use.

Adafruit: What is NumWorks looking to accomplish going forward?
NumWorks: We’re on a mission to make learning maths and science in general as fun as possible. And we believe building the most intuitive calculator ever is a great step towards reaching that goal.

If you’d like to learn more about the NumWorks calculator, you can visit the NumWorks website and you can buy one here in the Adafruit shop! 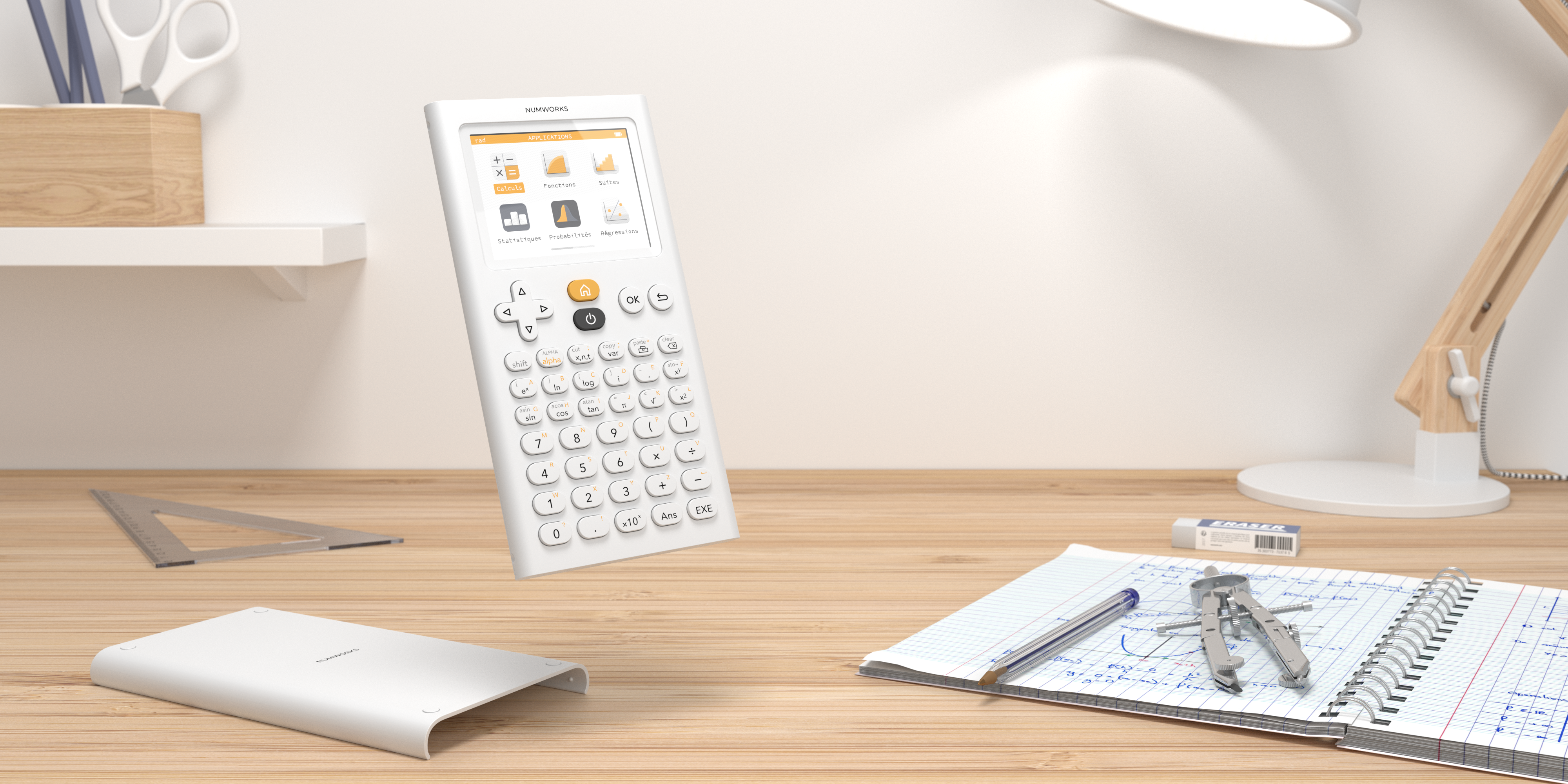 Do you have a NumWorks calculator? Let us know your experiences in the comments below!