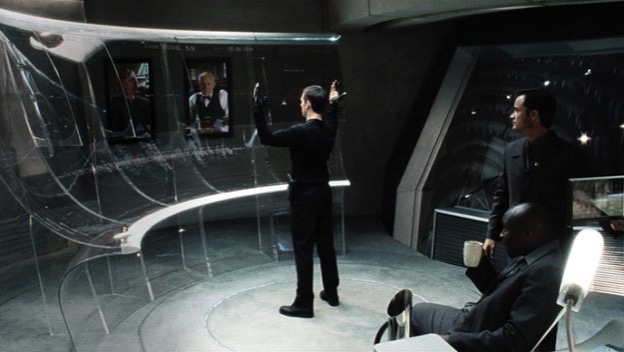 Science fiction has a habit of turning into science fact. Usually, that’s because a good sci-fi writer has some level of scientific knowledge, or at least interest. They can look at where the world is now and extrapolate. That way, they end up with a pretty good guess that turns out to be true. You see this a lot in classic sci-fi novels, many of which prioritized the concepts over things like story and character. (I love Isaac Asimov and Arthur C. Clarke, but man is their early writing dry.)

Other times, fantasy becomes a reality despite the original work not having too firm a scientific basis. Someone had an idea, they put it on paper or film, and it ended up happening. You see this a lot in movies and TV, even when that work’s use of technology is basically a stand-in for magic. Usually, that happens because whoever write the thing thought the idea was cool. Then, somebody else with knowledge, money or both saw it and agreed that it was cool. So, they threw everything they had at it and figured out a way to make it happen. We’re going to guess that’s what happened with most of these movies that inspired real tech.

Star Trek: The Motion Picture: Smartwatches
Star Trek already predicted a future where we’d carry around the means to communicate with each other in our pocket. The show even predicted the flip-open designs we all had in the early 2000s. Don’t lie, you fliped that thing open like Kirk more than once. So it shouldn’t be a surprise that a couple of short decades later, those functions would be contained in a watch. Star Trek: The Motion Picture had the crew of the Enterprise swap out their handheld communicators for Snazzy wrist versions. Just like we’ve done with products like the Apple Watch, Samsung Gear, Pixel Watch, etc. Turns out we like the idea of talking to our wrist. Yes, I guess the idea was popularized by Dick Tracy comics long before this, but we’re talking about movies here. Besides, when the technology first came out, you probably weren’t thinking of an old-timey detective comic strip. You wanted to be a Starfleet captain.

Comments Off on 10 Movies that Helped Create Real Technology