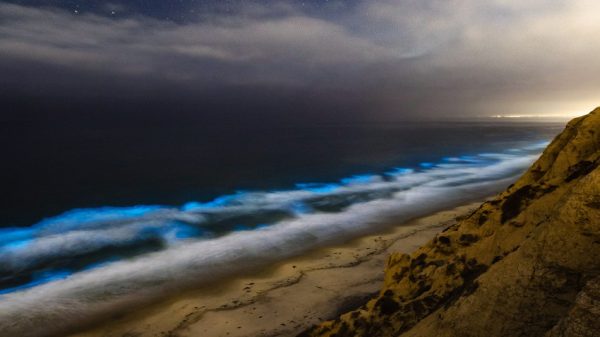 Without notice, the waters off of California beaches will sometimes transform into a rusty-red color, driving surfers away.

It’s a massive, unpredictable bloom of single-celled, red plankton, and after an almost five-year absence, the red tide has again returned, and with it, glowing bioluminescent waves.

San Diego photographers, in long-exposure shots, captured the vivid, blue glow over the past few days, though the Scripps Institute said the bloom may now be moving north. 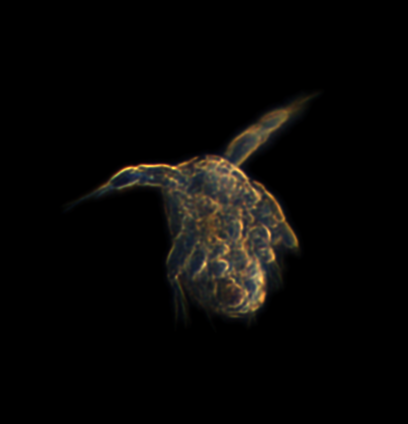 The tiny red creatures, called dinoflagellates, discolor the water during the day. That discoloration is most visible when the sun is directly or almost directly overhead, between 11 a.m and 1 p.m.

But in the evening, they produce a glowing, blue bioluminescence when they’re churned around by waves. It’s not known how long the bloom will last, or how far it might spread up the coast.

During red tides, the concentrations of these red, floating creatures can be as high as 20 million cells per liter, according to the Scripps Institute of Oceanography.

Comments Off on Bioluminescent Waves Return to California