Jefferson Han : One of the main developers of “multi-touch sensing #AsianPacificAmericanHeritageMonth 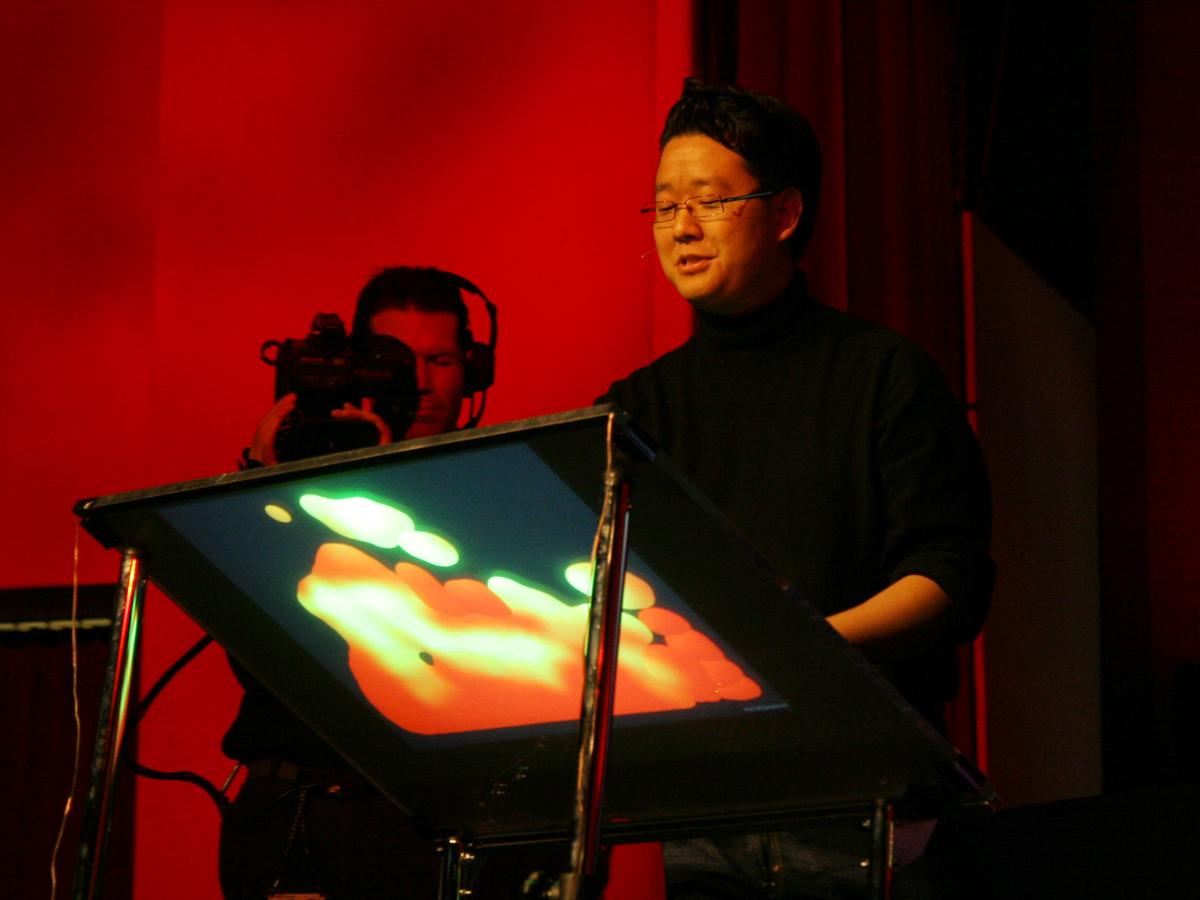 After years of research on touch-driven computer displays, Jeff Han has created a simple, multi-touch, multi-user screen interface that just might herald the end of the point-and-click era.

Why you should listen
Jeff Han’s intuitive “interface-free” computer displays — controlled by the touch of fingertips — will change forever the way you think about computers. At TED 2006, the audience whistled, clapped and gasped audibly as Han demoed (for the first time publicly) his prototype drafting table-cum-touch display, developed at NYU’s Courant Institute of Mathematical Sciences. The demo included a virtual lightbox, where he moved photos by fingertip — as if they were paper on a desk — flicking them across the screen and zooming in and out by pinching two fingers together, as well as a Google Earth-like map that he tilted and flew over with simple moves.

When the demo hit the web, bloggers and YouTubers made him a bit of a megastar. (His video has been watched more than 600,000 times on YouTube alone; “Amazing,” “Incredible” and “Freaking awesome” are the typical responses there. Also: “When can I buy one?”) After this legendary demo, Han launched a startup called Perceptive Pixel — and when he came back to TED2007, he and his team brought an entire interactive wall, where TEDsters lined up to play virtual guitars. His talent and reputation earned him a place on Time Magazine’s 2008 list of the world’s 100 Most Influential People.

What others say
“Working all but alone from his hardware-strewn office, Jeff Han is about to change the face of computing. Not even the big boys are likely to catch him.” — Fast Company

In the video below :

Jeff Han shows off a cheap, scalable multi-touch and pressure-sensitive computer screen interface that may spell the end of point-and-click.

Comments Off on Jefferson Han : One of the main developers of “multi-touch sensing #AsianPacificAmericanHeritageMonth