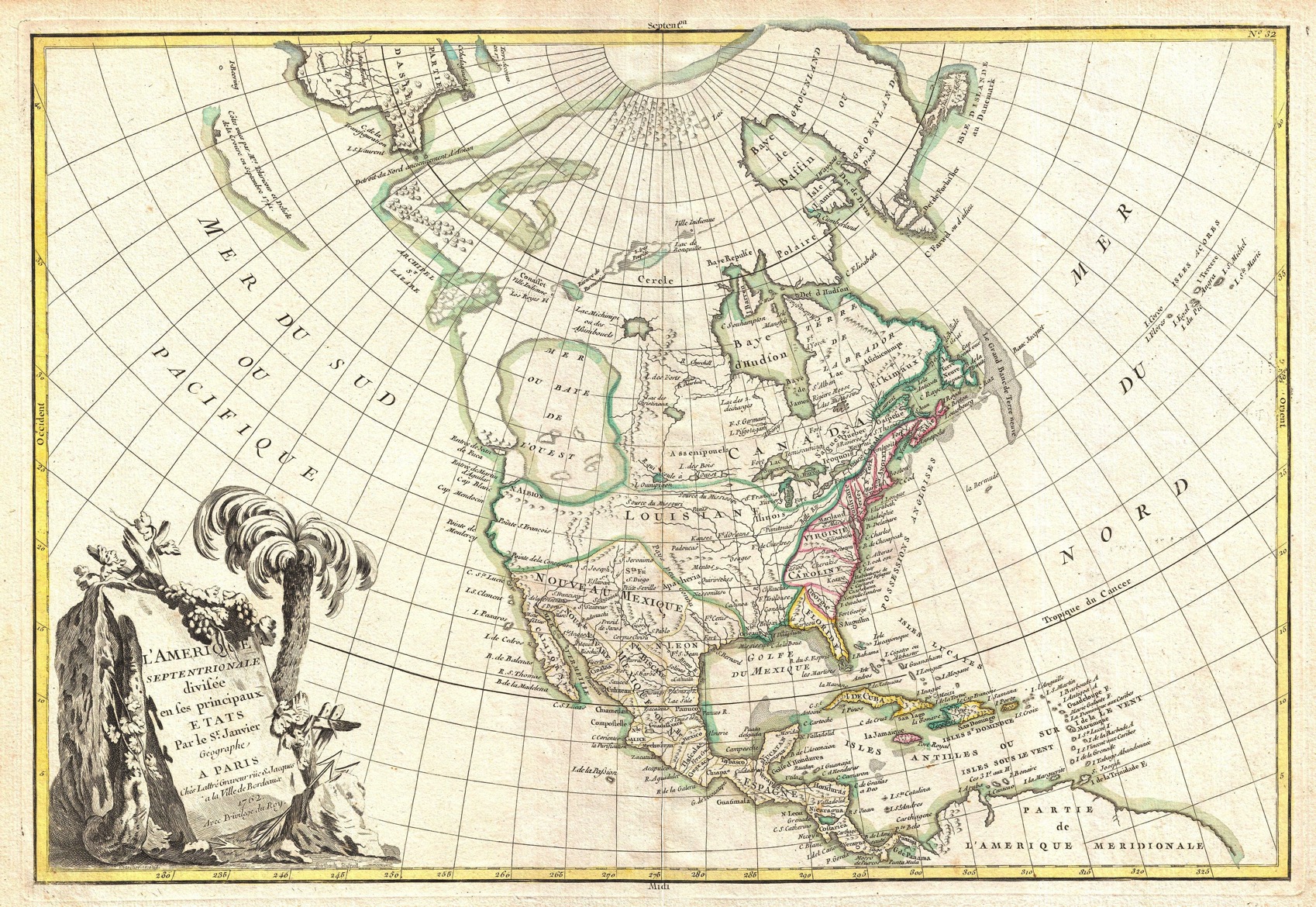 At a distance, European cartographers described lakes, rivers and inland seas north of the Americas: cartographic fictions, their invisible imprint has survived time.

Bodies of water are always steeped in mystery and magic. The preferred haunts of ghost women, they’re home to many other monstrous and mythological beings. But lakes, rivers and seas have also been ghosts in and of themselves. Proof of this is in those which, in other times, have appeared as real on maps and navigation charts of the American continent.

In a 1708 edition of the English newspaper, The Monthly Miscellany of Memoirs for the Curious, Admiral Bartholomew de Fonte narrated a fabulous journey through North America. The navigator departed from Lima, Peru, sailed the entire Pacific, and reached the very north of the continent. Once there, he found an intricate route through bodies of water, lakes, rivers and an inland sea that allowed him to cross over to the Atlantic. It was a route which, at the time, both traders and travelers longed to find, but one which as we know, never existed.

The admiral’s chronicle is fantastically detailed. Aided by a gentle wind, he reached a lake (which he named Lake de Fonte) about 100 meters deep and in which he found enormous cod and haddock. Not only that, but the lake held numerous small islands abundant with cherry trees, strawberries and other wild berries. The surrounding land was covered in forest, bushes and moss which fed the hordes of stout moose.

A journey of this character, and its very existence, have never been proven. Several scholars attribute the chronicle to the editor at the English newspaper. But the imaginary journey reminds us that maps, long ago, were in fact made up of ideas. In drawing the maps of North America, especially during the 18th-century, European cartographers were inspired by the stories of those who’d traveled to America or by the chronicles that fell into their hands. The lines on the maps, in fact, were drawn based on chronicles and nautical references. As it was completely impossible to verify their veracity, even the most renowned cartographers drew maps full of errors and elements which never existed. Many of these were decidedly more aspirational (often including navigable routes), or simple lies, rather than geographical realities. In de Fonte’s case, his route would have been a convenient solution for the French and English merchants of his time. Those who recorded the journey on paper, perhaps, really wanted it to have taken place.

Experts in ancient maps note that the supposed existence of an interior sea in North America had been depicted since the 16th-century. It was called Mer de la Ouest or the West Sea. It began when the Italian navigator, Giovanni de Verrazzano, spotted the bodies of water adjacent to North Carolina’s Outer Banks. He believed he was seeing another ocean – that which appeared on the maps for a while and later disappeared. The navigator, Juan de Fuca (1536-1602), meanwhile, described the West Sea as a huge inland sea. This would appear on a great number of maps and then vanished only when cartographers and explorers verified that it had never existed. The fantasy of its existence, in fact, followed the interests of the French crown in the New World. The same happened with a supposed West River, drawn on so many maps, though it had never lapped at American shores.