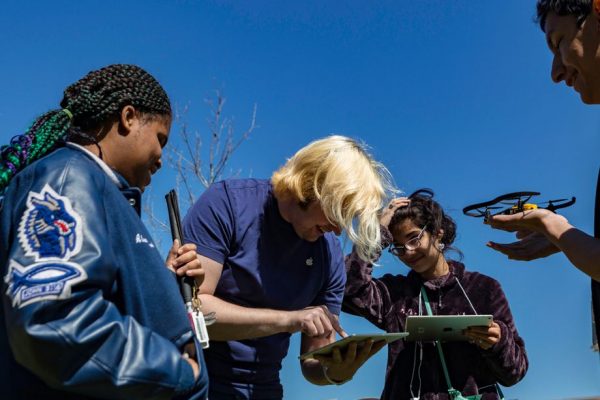 Apple’s Everyone Can Code initiative, which introduces young students to coding through the Swift Playgrounds iPad app, is coming to several schools across the US that support students with vision, hearing, and other assistive needs, the company announced today. Eight schools will be participating in the initial accessibility push, including schools for the deaf and blind in California, Massachusetts, Texas, Florida, Illinois, and New York.

“Apple collaborated with engineers, educators, and programmers from various accessibility communities to make Everyone Can Code as accessible as possible and will work in close coordination with schools to augment the curricula as needed,” Apple said in its press release. “This will include providing additional tools and resources such as tactile maps to enhance the understanding of coding environments for non-visual learners.” Apple’s VoiceOver screen-reading technology will also play a significant part in making Everyone Can Code more accessible.

Today’s announcement coincides with Global Accessibility Awareness Day. Apple is holding events at several of its corporate locations (Cupertino, Austin, Cork, London) today and says that its retail stores will host accessibility-related events through the remainder of the month. “We created Everyone Can Code because we believe all students deserve an opportunity to learn the language of technology,” said CEO Tim Cook. “We hope to bring Everyone Can Code to even more schools around the world serving students with disabilities.” Swift Playgrounds has been praised as a fun, intuitive way to get kids coding, but The Verge’s Paul Miller recently explored whether it’s enough to prepare them for making actual software.

Filed under: educators —
Tags: apple, educators, Everyone Can Code, maker education — by Zay