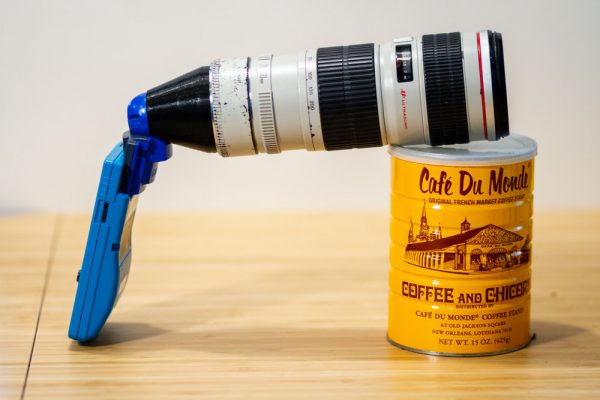 Bastiaan Ekeler wasn’t satisfied with the camera on his Game Boy. He states:

3,000 mm, insane. He captured the shots to his PC using the Arduino Gameboy Printer Emulator by Mofosyne (github). He cut a $5 Game Boy Link cable from Amazon in half and soldered it directly onto an Adafruit prototype shield plugged into an old Arduino Duemilanove. Serial data comes in from the Arduino in HEX format and can then be converted to PNG files using a JS script. When transferring multiple photos at once, the resulting file is one tall PNG reminiscent of analog camera film but can easily be sliced in Photoshop. 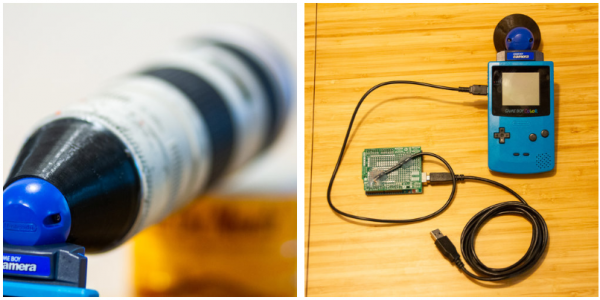 Have you done any cool Game Boy or photo hacks? List them in the comments below!