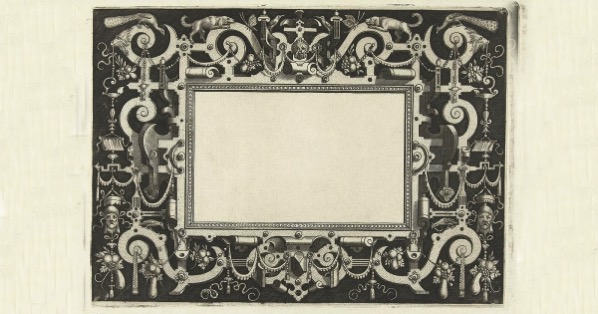 In a recently discovered unpublished essay, Asimov offers his personal perspective on the generation of new ideas. Via Faenaaleph

Towards the end of the 1950s, Isaac Asimov was invited to participate in an MIT creative team, commissioned by the Government of the United States. Their motto was “think outside the box” about the Arms Race that at the time was being fought by the world’s two superpowers: the United States and the USSR. The writer attended some of the meetings, but soon after decided to depart because he was not comfortable with possessing classified information. Asimov, however, established his participation in a short essay that was published this year by his friend Arthur Obermayer, who invited him to the “brainstorming” sessions in the first place.

From the question “How do people get new ideas?” Asimov develops some points on creativity and how to develop it.

According to Asimov, new ideas don’t come out of the blue; instead, they are the result of the “evolutionary” process of previous ideas. To exemplify this, he precisely uses the Natural Selection theory, simultaneously developed by Charles Darwin and Alfred Wallace in the 19th century. “Both traveled to far places,” he wrote, “observing strange species of plants and animals and the manner in which they varied from place to place. Both were keenly interested in finding an explanation for this, and both failed until each happened to read Malthus’s ‘Essay on Population’.”

Nevertheless, while they read Malthus, many 19th century scientists and naturalists could have travelled to far places trying to find explanations for the adaptability of some species and the extinction of others. Why did only Darwin and Wallace develop the theory of evolution? If all factors were on the table before their noses, wouldn’t it be more likely for the most brilliant solutions to be more frequent?

For Asimov, the key is found in the cross-connection of certain factors: joining points that nobody would have joined otherwise to observe a new drawing on the map of ideas, as if it were a constellation that nobody had ever paid attention to —until he invented it. Which takes us to the second point.

Following Asimov, even if all the elements of a new idea are on the table, a certain dosage of boldness is necessary to link them together. New ideas usually seem foolish. For instance, “suppose the Earth was round instead of flat, or that it moved instead of the sun, or that objects required a force to stop them when in motion, instead of a force to keep them moving, and so on.”

Exposing a new idea requires boldness, but to gain access to it we need, also, a measure of eccentricity. To Asimov, eccentricity is not walking around with strange hats or talking in iambic parameters —thinking in terms of work groups, a person’s eccentricity may be solely relative. It is important to remember that when Asimov wrote his essay, he was working with aeronautic engineers and defense system experts —to whom a sci-fi writer must have undoubtedly seemed an eccentric character.

A person eccentric in one respect is often eccentric in others. Consequently, the person who is most likely to get new ideas is a person of good background in the field of interest and one who is unconventional in his habits.

To think “outside the box” precisely implies being sufficiently eccentric and bold to always live outside of it.

This is a different solitude to that of Thoreau, who was completely isolated from the world. Instead, it is a certain respect for the many shortcomings of creative acts that only with the impunity of privacy can be committed. More than inhabiting the proverbial deserted island, this is about having an island (“a room of one’s own”, Virginia Woolf would say) where one has permission to make mistakes —that is, to be creative, since without trial and error there is no creativity.

My feeling is that as far as creativity is concerned, isolation is required. The creative person is, in any case, continually working at it. His mind is shuffling his information at all times, even when he is not conscious of it.

Although this may seem strange, Asimov thought that “probably more inhibiting than anything else is a feeling of responsibility.” And this is even stranger in our age, when there are people whose responsibility within a company precisely consists of being creative, but for Asimov:

The great ideas of the ages have come from people who weren’t paid to have great ideas, but were paid to be teachers or patent clerks or petty officials, or were not paid at all. The great ideas came as side issues.

This is not about not paying creative people or those who need to develop innovative ideas, but about understanding that, in every field, truly revolutionary ideas come from a personal source, we could almost say intimate and, by definition, priceless. Perhaps writer Alan Moore can enlighten us a little in terms of “healthy irresponsibility”:

Money is code for everything, isn’t it? Everything you could possibly require in life or death. But as far as I know, I don’t have a price. It’s not about money. It’s about what I feel.

In sum, we can say that for Asimov creativity is a combination of vital factors, neither conditioned nor limited by the spirit of the present nor by economic imperatives. The economic, moral or other benefits that the personal creation may entail for its creator are of secondary importance: first and foremost (and perhaps that which justifies any creative endeavor) is to have the privilege of living and unpredictable life, where our abilities can develop and where our ideas can become part of that great chain of inspiration that contributes the vital substrate of humankind.

Comments Off on Isaac Asimov Suggests how to Nurture Creativity