Won’t You Be My Neighbor?: A Celebration of Fred Rogers

Won’t You Be My Neighbor?, a documentary by Morgan Neville, is a beautiful film that celebrates the life of a beautiful person: Presbyterian Minister turned children’s television personality, Fred Rogers. His program Mister Rogers’ Neighborhood ran on and off on PBS from 1968 to 2001. The film opens on a philosophical note, with a black and white clip of Fred Rogers sitting at the piano in 1967, the year before he took his first foray into public television. He says that he believes his mission is to help kids manage “the more difficult modulations” in life. His goal wasn’t to extinguish these modulations – fear, anger, sadness. Instead he wanted to help us identify them, and teach us to process them. Mostly he was there to listen.

There’s a line early in the movie from one of Fred Rogers’ mentors Margaret McFarland, a specialist in child psychology at the University of Pittsburgh and later a consultant on Mister Rogers’ Neighborhood. She says, “The relationship between the child and the television is a real relationship.” It’s clear that Rogers took that to heart. He believed that children’s emotions were valid, just as valid as adult feelings, and that he could reach kids through the medium of television. Learning that Fred Rogers was a pioneer in early childhood education was a thrilling moment in the film for me. I worked in early childhood education in my early twenties and though I left teaching, my admiration for those who work in the field has only grown. It’s a field that is often overlooked and always underfunded. It’s hardly shocking, but still exhilarating, to see how informed and wholistic Fred Rogers’ approach was when it came to getting through to young children. This of course involved music, songs, puppets, and all wonderfully magical things. Never a high budget, always a worthy message. 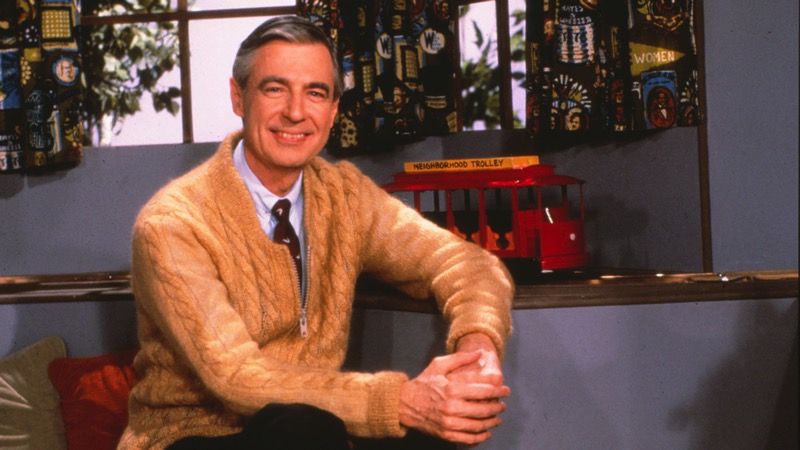 It was a bit surprising to remember just how progressive Mister Rogers’ Neighborhood was for its time. The word ‘radical’ is referenced often throughout the film, by different members of the show’s cast and crew. Issues like racial inequality, violence, disability, death, and divorce were all tackled head on. There’s a poignant clip of an early episode of the show where Mister Rogers is cooling his feet in a kiddie pool in his yard. Officer Clemmons, played by black actor and singer François Clemmons, comes by to visit. Mister Rogers invites Officer Clemmons to join him. The moment is so simple, so subtle that watching it now (without the guiding eye of a documentary filmmaker), you might miss it. For children in America in the late 1960s, where swimming pools were far from integrated, the message was clear and powerful. It’s still powerful today.

Another lovely moment in the film is a clip of Fred Rogers testifying before the Senate Subcommittee on Communications about the merits of publicly funded television, and also media in general. The way he disarms the grumpy Senator Pastore and eventually convinces him not to go through with the proposed $20 million budget cut is an absolute joy to watch. Rogers often went on record about how television and media could be used to great ends but also lamented how for the most part, it was used cheaply, to promote violence, and to turn children into consumers as quickly as possible.

While Won’t You Be My Neighbor? is filled with moments like this, the film also reminds us that there were some limits to what Fred Rogers believed he had the power to change immediately. For example, the actor François Clemmons was gay, but mostly still in the closet during the earlier episodes of the show. While Clemmons’ sexuality did not bother Rogers personally, after the word got around that Clemmons had been spotted at a local gay bar, Rogers told him not to go there anymore. It seemed he wasn’t willing to risk losing his sponsors, and therefore his program, over that issue. Clemmons told this story to the camera with a tone that sounded like forgiveness and understanding. The incident did not seem to taint the relationship between the two. Later in the film, Clemmons refers to Fred Rogers as his surrogate father.

Often we look to documentary films to tell us something we don’t know about their subjects. To upend certain truths we’ve taken for granted, or to expose our undeserving idols. Won’t You Be My Neighbor? is no such film. If anything, it deepens our understanding of Fred Rogers as a person and as a public figure, shows us that yes, the two were one in the same. It reminds us just how important it is to show and feel love, of the value of listening to children, and how much we need community. It shows us the different forms community can take. But mainly it suggests that maybe being kind is really the only worthy ambition in this world, and that it’s everybody’s to achieve.

Won’t You Be My Neighbor?

We highly recommend this movie! For theaters and showtimes, click here.