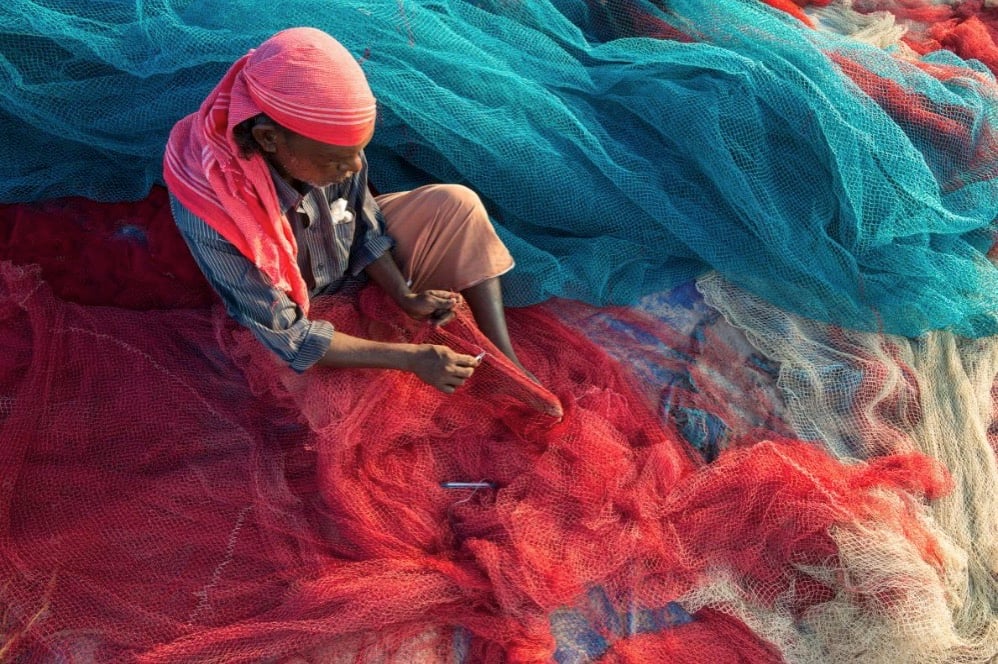 KOLLAM, INDIAKadalamma—Mother Sea—that’s what Xavier Peter calls the Arabian Sea. His own mother gave him life, but Kadalamma gave him purpose, a livelihood. She has provided for him, offering up enough fish to feed his family and sell at the market. And she has protected him, sparing him thrice from cyclones and once from a tsunami.

Xavier has been trawling for shrimp and fish off India’s southwestern coast for more than three decades, his whole adult life. But lately, when he casts out his nets, he often comes up with more plastic than fish.

“Pulling the nets out of the water is extra effort, with all this plastic tangled in them,” he says. “It’s a bit like trying to draw water from a well—your bucket is somehow being weighed back down.”

He and his crew of six then spend hours separating the garbage from their catch.

For Xavier, the whole ordeal is a regular reminder that Kadalamma is sick, and that he and his community have made her so. “This is India’s greatest failure,” he says.

He used to just sigh and chuck the plastic back overboard. Not anymore.

Since August last year, he and nearly 5,000 other fishermen and boat owners in Kollam—a fishing town of 400,000 in India’s southernmost state, Kerala—have been hauling back to land all the plastic that they find while they’re out at sea. With help from several government agencies, they’ve also set up the first-ever recycling center in the region, to clean, sort, and process all the sea-tossed plastic bags, bottles, straws, flip-flops, and drowned Barbies that they fish out. So far, they’ve collected about 65 metric tons (71 short tons) of plastic waste. (Learn more about the plastic pollution crisis.)

It doesn’t take much to persuade coastal communities of the dangers of plastic, says Peter Mathias, who heads a regional union for fishing boat owners and operators. For years, he says, fishermen have been complaining to him about plastic getting caught in their gear.

And that isn’t even the worst of it. A decade back, a small crew like Xavier’s could easily pull in up to four tons of fish over the course of a 10-day expedition. These days, he’s lucky to get a fifth of that. Although many factors, including climate change and overfishing, are affecting fish stock, plastic is the most dramatically visible culprit.

Many types of fish easily mistake plastic for prey, and studies show that they can die of either poisoning or malnutrition as a result. Other sea life gets caught in and strangled by abandoned nylon fishing nets. Large patches of plastic on the sea bed are also blocking some species’ access to their breeding grounds.