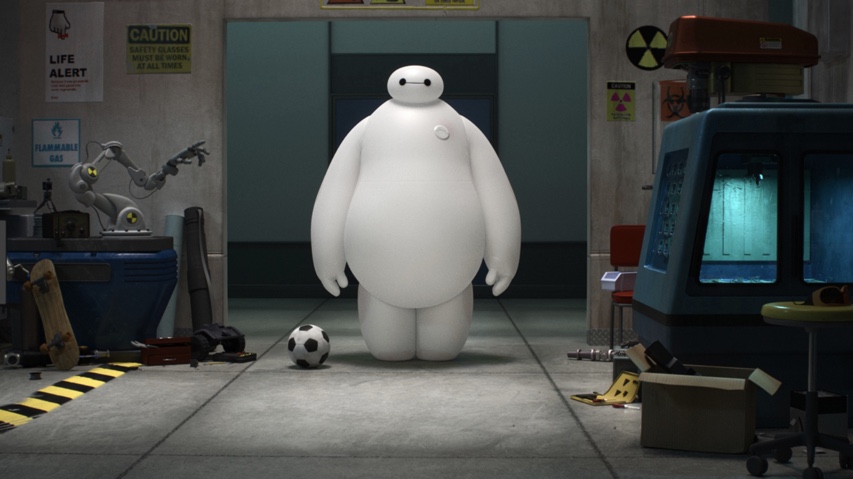 Disney.wikia – As a healthcare robot, Baymax is suited to carry out any form of task for the benefit of his patient. He is highly intelligent in the world of medics and technology. Towards patients, Baymax is devoted, and extremely caring for his patient without question. In terms of personality, Baymax is rather calm, even when in dangerous situations, in order to take his time and think of ways out of even the simplest of situations to help his friends. However, his purpose makes him naive and curious, and tends to get easily distracted. He initially lacked understanding of human emotion, as well as lacking human emotion, only being concerned of his patient and providing excellent healthcare to the best of his ability. As knowledgeable as he is in human health, Baymax also cannot comprehend the concept of death so long as he has the data he scanned on his patient; which makes him unable to understand what happened to Tadashi and why Hiro was saddened by his death, as according to his medical record, Tadashi was in good health.

Baymax’s programming comes from the health care chip Tadashi developed that contains Baymax’s personality and memories. Once installed inside him, Baymax is the medical nurse he was designed to be. But other chips installed can also affect him greatly. One chip made by Hiro, for instance, gave Baymax several karate moves. However, if the original chip is removed, Baymax is subject to the remaining chips, becoming an entirely different being as a result.

However, after meeting Hiro, Baymax underwent a metamorphosis: he gradually begins to pick up human characteristics and emotions due to his interactions with the boy, and eventually gains a personality of his very own outside of his original programming. The development enabled him to form a close bond with Hiro to the point where Baymax’s protection over Hiro was no longer out of the fact that he was his “patient”, but rather because he felt a genuine connection and concern for Hiro. This also caused Baymax to go from subservient and obedient to Hiro’s suggestions, to outright disobeying orders from Hiro when Baymax realized that Hiro’s actions were not what was best for him, specifically when Hiro resorted to manipulating Baymax to murder Yokai; something Tadashi would not have wanted for Hiro. As a result, Hiro learned what was right from Baymax, and Baymax’s input would be considered by the rest of the team.

One notable trait Baymax possesses is his compassion, which resided within him even when he developed his own personality and only grew stronger over the course of Baymax’s development. His strong vow to never harm a human being would go on to shape the moral foundation of the Big Hero 6’s code of value, as violence is not always the answer.

Check out this DIY Baymax tutorial on Instructables. There’s also these DIY Baymax Plushie and Paper Craft tutorials on YouTube! Create your own and share with us!

Comments Off on ADABOX 008 is all about building #robots! JOIN NOW! Today’s Robot Archaeology #MakeRobotFriend is Baymax! @adafruit