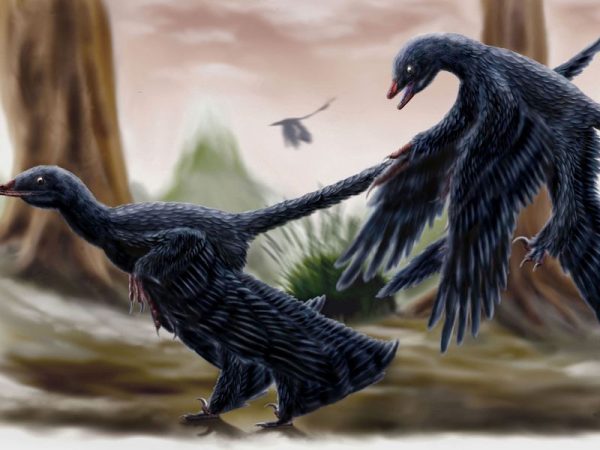 When it comes to personal hygiene, there’s not a lot of overlap between dinosaurs and humans. But a new study suggests early feathered dinos suffered from a familiar affliction: dandruff. As Ian Sample at The Guardian reports, researchers have discovered the skin flakes from several feathered dinosaurs that flapped around about 125 million years ago.

Paleontologists weren’t initially looking for the fluffs of skin, reports Matt McGrath at the BBC. They made the discovery in 2012 while studying the fossilized feathers of Cretaceous-era dinos using electron microscopy and chemical analyses. The feathered dinos included the crow-sized microraptor, an early bird species called confuciusornis, and two larger feathered dinos called beipiaosaurus and sinornithosaurus.

“[W]hen we were looking at the feathers we kept finding these little white blobs, the stuff was everywhere, it was in between all the feathers,” lead author Maria McNamara from University College Cork tells McGrath. “We started wondering if it was a biological feature like fragments of shells, or reptile skin, but it’s not consistent with any of those things.”

Comments Off on Dinosaur Dandruff