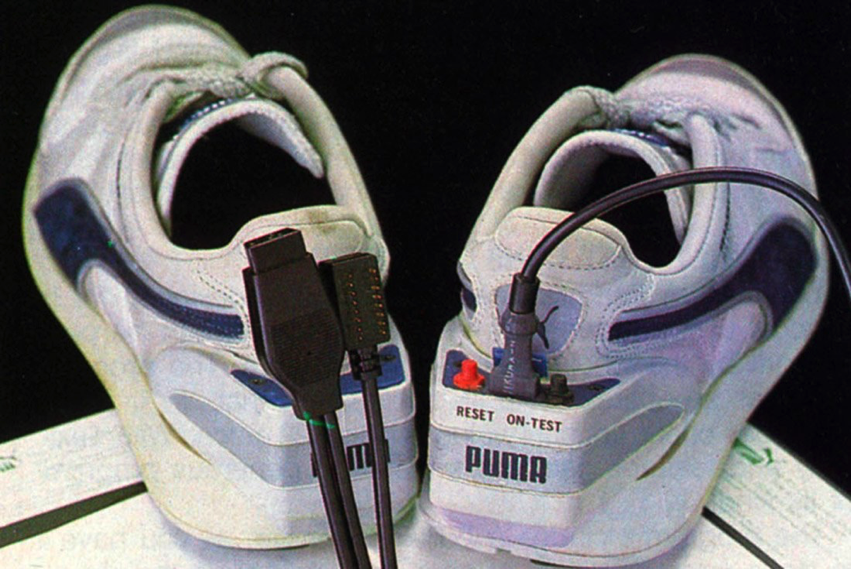 The 80’s was a magical time for the footwear industry. Thanks to advances in computer technology we were beginning to see that spill over across all industries but specifically footwear.

In 1986 (Twenty years before Nike +) PUMA released the RS Computer, a pioneering running shoe that combined their R-System cushioning with a microprocessor in the heel for a shoe many touted as the wave of the future; .

Sure, by that time adidas had already released the Micropacer two years earlier (a shoe with a pedometer built into the tongue) but it was not quite as advanced as the PUMA RS Computer and it certainly couldn’t be hooked up to your home PC.