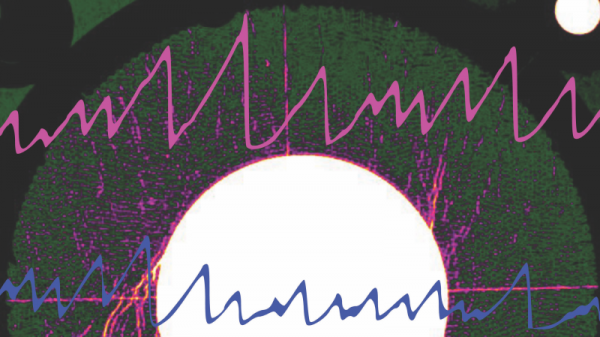 It turns out that 8,000 tiny plastic disks in a rotating drum could help scientists develop a technique to forecast avalanches or earthquakes through sound.

A team of researchers studying granular materials at North Carolina State University set up an experiment to recreate stick-slip failure events—jolts of force from two things sliding against one another. These are the kinds of events that can lead to earthquakes, avalanches, and landslides on much larger scales. The researchers were able to pick out sound signatures not just of the failure, but of the straining leading up to failure.

“While acoustic emissions have previously been known to coincide with the failure of granular media, our method provides a new capability: assessment of the progress of a system en route to failure,” the researchers write in the journal Physical Review Letters.

Now, these are 8,000 pea-sized plastic beads in a vat, not sand and earth along a fault line, so we don’t want to oversell the study’s results. But the researchers realized that information about vibrations in a material with an added external force may encode information about the state of the material. They loaded a slowly spinning cylinder with special plastic disks. Twelve crystal sensors on the cylinder’s outer wall could detect how much force was exerted by the outward-pushing beads.

Comments Off on Predicting Avalanches Through Sound