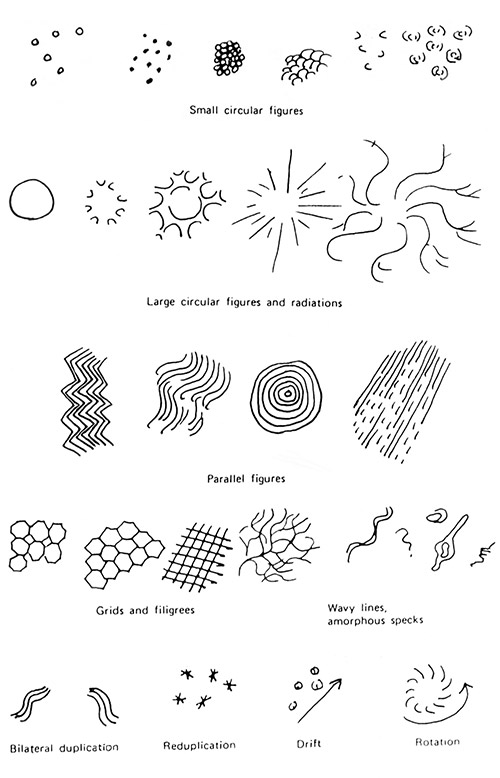 We are all familiar with virtual and augmented realities, but there is also an inner reality which we have been exploring for thousands of years. Paleolithic rock art dating as far back as 30,000 years depicts simple geometric patterns that are referred to as entopic (“within the eye”) imagery. The patterns typically take the form of lattice formations (honeycomb, checkerboard and triangles), tunnels and spirals. We do not know the what specific parts of our vision system is responsible for generating the patterns, but we have found many ways to trigger them.

Entopic images can be generated through a variety of techniques.

Homo sapiens and possibly even neanderthals have been hard wired to produce these visual patterns. Comparing the entopic imagery from the first two columns above with the San Rock Art and Paleolithic Art shows a number of matching patterns. Similar examples of these geometric patterns have been found in other parts of Africa, Europe, Asia and North America. 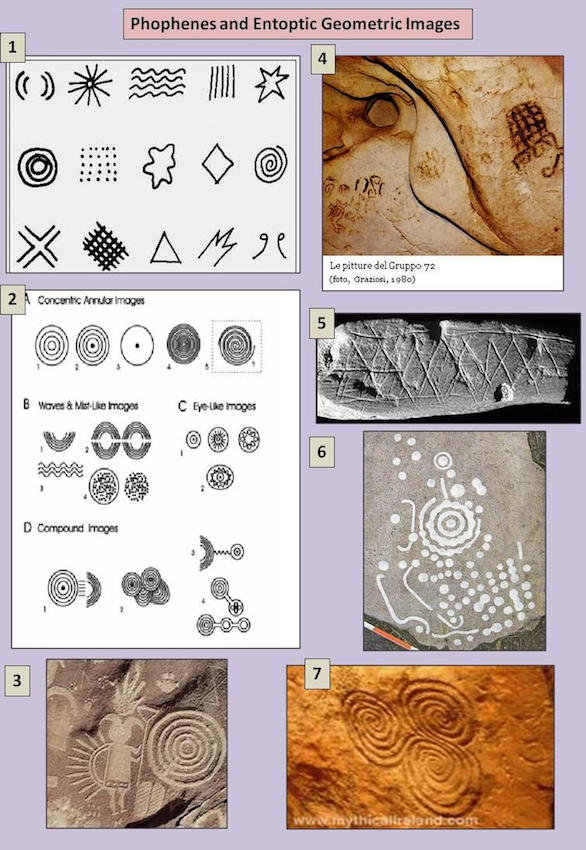 After the initial basic patterns are observed things progress to compounded imagery. A common experience is for a stage 3 image to form which is typically a tunnel that is pulsing and rotating slowly in two directions. On the edges of the tunnel there are small squares shaped liked tiny televisions. The structure resembles a black hole. This vortex has been associated with near-death and shamanic psychedelic experiences. Shamans typically speak of entering the other world through a hole in the ground. This level of imagery is often associated with powerful emotions.

The Mind in the Cave: Consciousness and the Origins of Art- David Lewis-Williams

Does the Nervous System Have an Intrinsic Archaic Language? Entopic Images and Phosphenes – H. Umit Sayin

About Phosphenes: Luminous Patterns That Appear When the Eyes Are Closed

Comments Off on Biohacking : Exploring Our Inner Reality : Entopic Visions