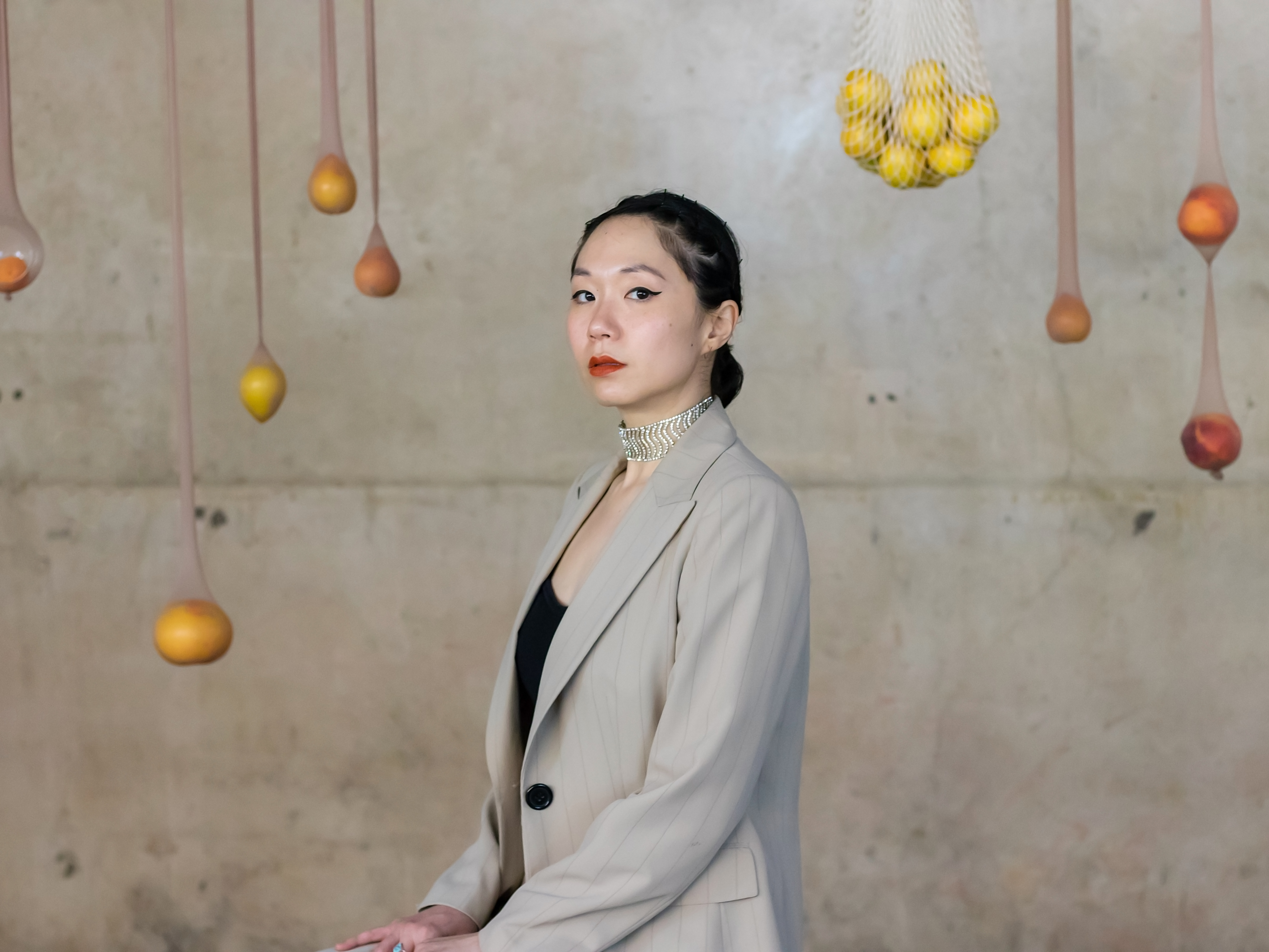 Mandy Kim Clinton aka Pearl Crush is a solo artist who sounds like a really killer four piece. Debuting on the Poison Moon label in early 2017 with the deliciously hazy “First Blush” ‘7 inch single, which was picked up and praised by some of our favourite independent music sites, including Gold Flake Paint, Beautiful Freaks, The Grey Estates (check out interview with TGE here!) and Austin Town Hall.

Clinton just issued her follow-up EP Coax Me Out, which while still retaining the same energy and urgency of the previous single sounds like a different beast entirely. Dancy and melancholic with spiderweb intricacy, it’s a gorgeous mix of Blue Nile melodrama, aching of Cocteau Twins minimalism, contemporary R&B and more. Full of innovations and stylistic callbacks, it’s a hugely ambitious record from a unique new artist.

In addition to her Pearl Crush work, she writes and records as a member of Clare and co-runs the Poison Moon label. But another of Clinton’s worthwhile projects is the DAMN GXRL collective, a group dedicated to making performance and exhibition spaces “safer, affirming and more inclusive for female, queer, trans and non-binary artists, musicians, and performers, as well as for event attendees and employees.” You can learn more about this wonderful enterprise here. Clinton is a force in the DIY scene who supports and advocates for others.

In addition to being a unique, opinionated and immensely talented artist, Pearl Crush is probably one of the most gear and fidelity conscious artists we’ve been able to feature in MusicMakers thus far. Grab some headphones and dig in for some advice and inspiration.

Where are you based?
Houston, Texas

What was your introduction to music?
My introduction to playing music was piano lessons when I was a kid. The first song I loved was probably The Little Mermaid ballad, “Part of Your World.” So relatable.

What have you been working on?
I’ve been working on my first EP for the last year/year and a half! It just came out on Poison Moon Records. It’s called Coax Me Out.

How have you seen technology change the creation and consumption of music in your lifetime?
Wow – so many ways! The way people consume music has definitely changed. Music consumption is dominated by streaming services right now. Money is getting funneled away from artists and labels directly and landing in the pockets of corporations like Spotify and Apple Music. These companies are providing fans a subscription to music access, but the fans aren’t paying to actually own a physical or a digital copy of the song or album, and the artist rarely sees any money from streaming plays.

Recording really decent sounding music on your own is definitely easier now than it was even 5 years ago. There’s more information out there on YouTube and on message boards on how to use a DAW, record, mix, etc. There’s still a time and a place for studios and professional audio engineers, but there’s definitely been a surge of independent artists who just self-record on their laptops in Ableton or even GarageBand, which is awesome.

Describe your recording or production setup:
I recorded Coax Me Out running Ableton Live on a MacBook Pro. I have a Focusrite Scarlett 6i6 interface, an ART Pro MPA II preamp, and Yamaha HS5 monitors. Most of the vocals were recorded on a Shure SM7B. I also used a Neumann TLM 102 on some vocals and guitar tracks. I’m currently doing all of my synth production with the Waldorf Blofeld, a powerful analog-modeling digital synthesizer, plus a few of the Arturia V Collection plug-ins. I use a lot of Ableton’s drum racks for beat production. And I could tell you all about my guitar rig, but that would probably take too long.

Any tips for gear or customising your workspace?
I started recording vocals for the EP with a large diaphragm condenser mic (Neumann TML 102) because that’s kind of a go-to vocal mic, but I found that for home recording, the SM7B, a much cheaper but good studio workhorse mic, was more suitable. I didn’t have anywhere in my apartment that was sound proof enough to get the takes I wanted with the TML 102. I would have a good vocal take, but then when listening back I’d be able to hear a door close or a lawn mower going in the distance, and I’d have to redo it again and again. Being a dynamic mic, the SM7B didn’t pick up as much room or ambient noise, but it still sounded energetic and vibrant on my vocals. Sometimes the more expensive or better piece of gear just doesn’t suit a particular environment or situation, and that’s totally ok. It’s easy to get lost in the sauce, so remember, that gear is supposed to make things easier, not harder. As a musician who only recently has started acquiring gear to self-record and self-produce, it’s been helpful to remember that your performances, songwriting and musicality are really what will make your song or record great.

What’s one song everybody should hear?
Anything on this album:

Who do you think we should ask these questions next?
Yaeji because I want to know everything about her process and production!

The Coax Me Out EP is out now on Poison Moon Records. 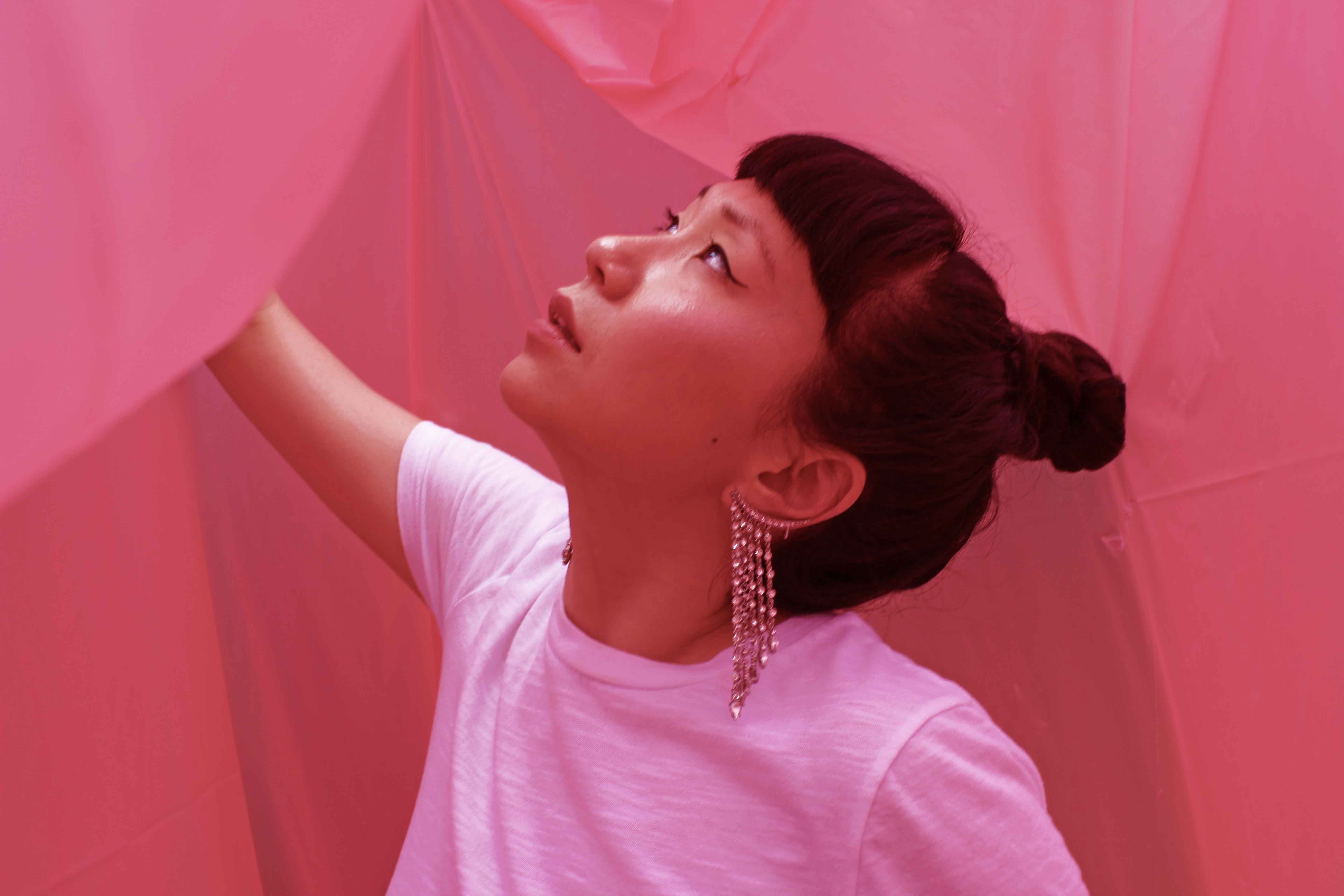 Comments Off on MusicMakers014: Pearl Crush