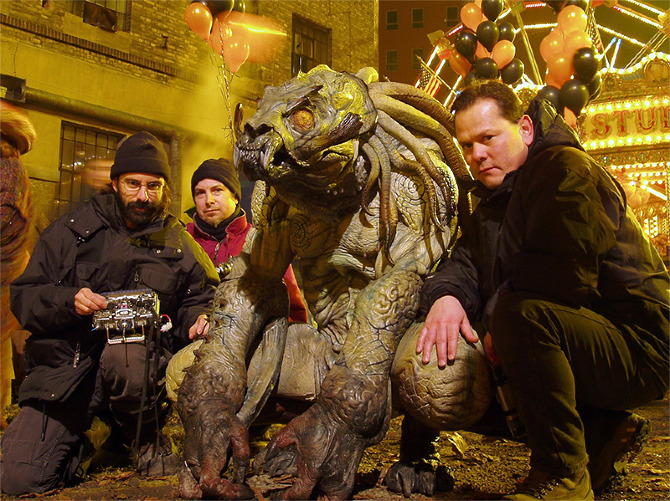 I’ve been a bit fascinated of late with the work of Spectral Motion, who were responsible for some of the effects, animatronics, and creatures from movies like Hellboy, Your Highness, Pacific Rim, and one of my all-time favorite films Attack the Block (you either know those glowing blue teeth, or you don’t).

Stumbled upon this interview over at Venue circa 2012 (so much has happened since then!) with Spectral’s co-founder Mike Elizalde – it’s a lengthy read, but a great one if you’re into movie/film effects, especially of the sci-fi/fantasy type they work alot with – including lots of custom robots and animatronics! Check it out:

Many of today’s most original and bizarre visions of alternative worlds and landscapes come from the workshops of Hollywood effects studios. Behind the scenes of nondescript San Fernando Valley offices and warehouse spaces (if not outside California altogether, in the many other nodes of the ever-expanding global network of cinematic effects production, from suburban London to Wellington, New Zealand), lurk the multidisciplinary teams whose job it is to create tomorrow’s monsters.

Spectral Motion, the effects house responsible for some of the most technically intricate and physically stunning animatronic creatures seen in feature film today, is no exception. Based in a small strip of anonymous one-story warehouse spaces squeezed in between a freeway and rail tracks, and overshadowed by a gargantuan Home Depot, Spectral Motion has developed monsters, effects, and other mechanical grotesqueries that have since become household nightmares, if not names.

Since its founding, by Mike & Mary Elizalde in 1994, the firm has worked on such films as Hellboy & Hellboy II: The Golden Army, Looper, Attack the Block, Blade 2 & Blade: Trinity, X-Men: First Class, The Watch, and this summer’s (from the perspective of at least half of Venue) highly anticipated Pacific Rim.

Venue caught up with Mike Elizalde, CEO of Spectral Motion, on a cloudy day in Glendale to talk all things monstrous and disturbing. Our conversation ranged from the fine line that separates the grotesque and the alien to the possibility of planetary-scale creatures made using tweaked geotextiles, via the price of yak hair and John Carpenter’s now-legendary Antarctic thriller, The Thing. 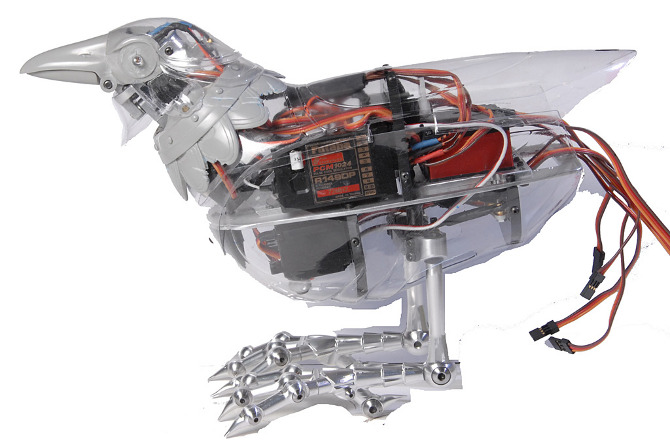 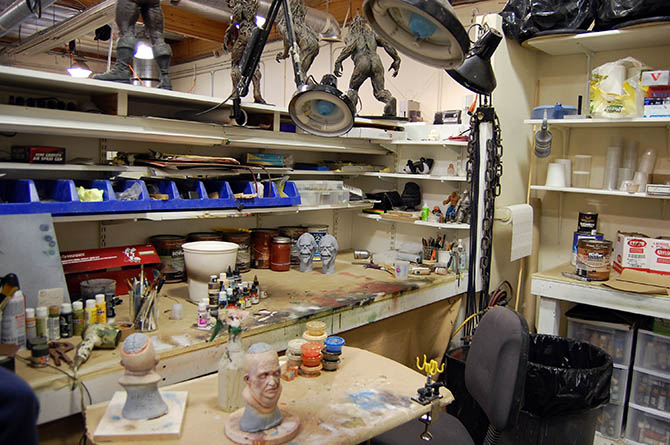 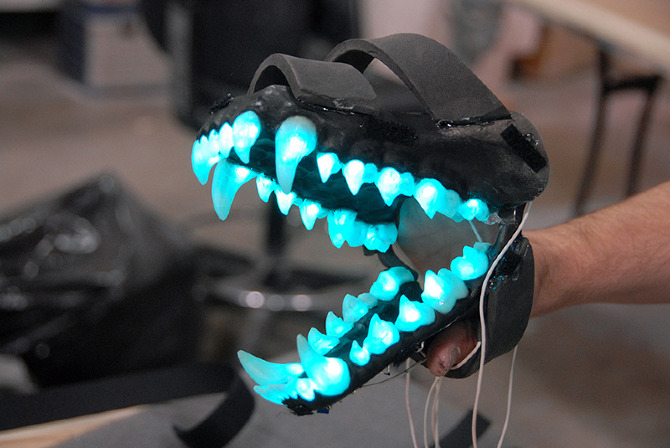