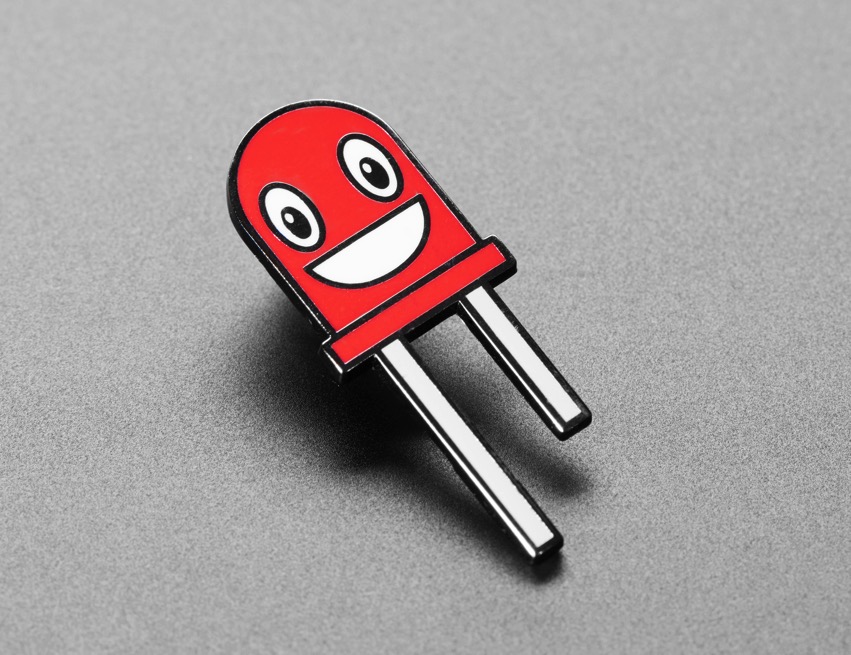 “If there was a choice on spending a lot of money on accessories or dress, I always chose accessories.” – Iris Apfel

And how gorgeous are these enamel pins! They look amazing on your jacket, backpack or wherever! These are handsomely designed and constructed with a cast metal body with butterfly cast. 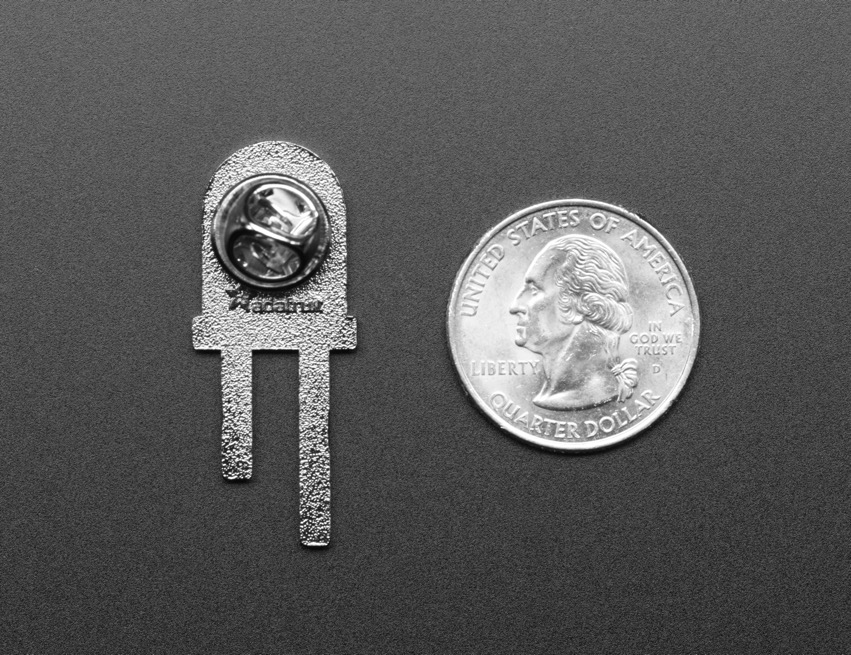 Ruby the Red LED is the ingénue of the group, and something of a Pollyanna. She is the youngest, the most talkative, and gets easily excited about everything. Ruby has a lot of energy and she’s always ready to go on an adventure. Ruby’s wanderlust sometimes gets her in trouble. Her best friend is Mho, the resistor, who shares her idealism without sharing her urgency or naiveté. Ruby speaks with a super excited young girl’s voice who talks really, really fast. Her catchphrases are “superriffic!”, “let’s go adventurizing!” and other hybrid superlatives. 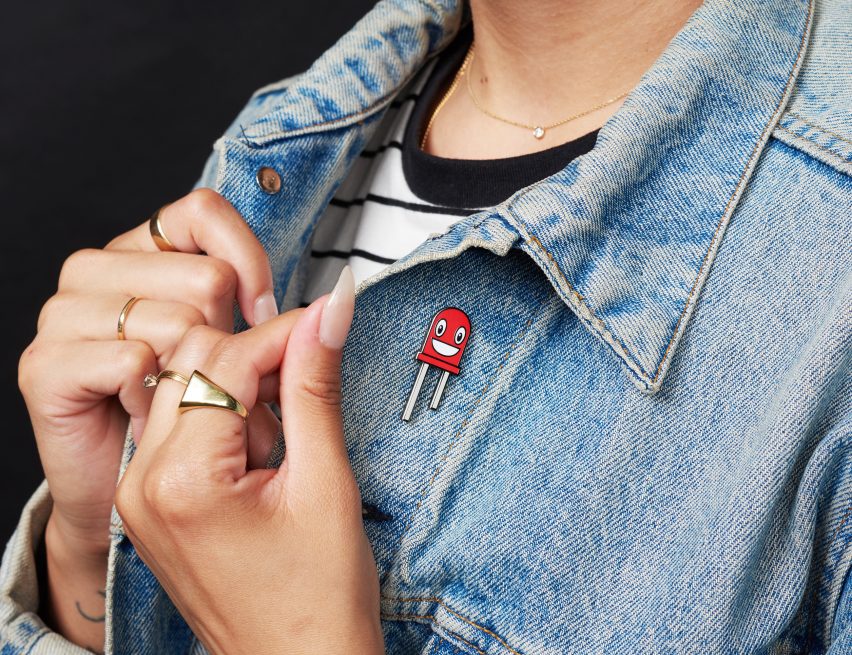 Now, Gus is up next! 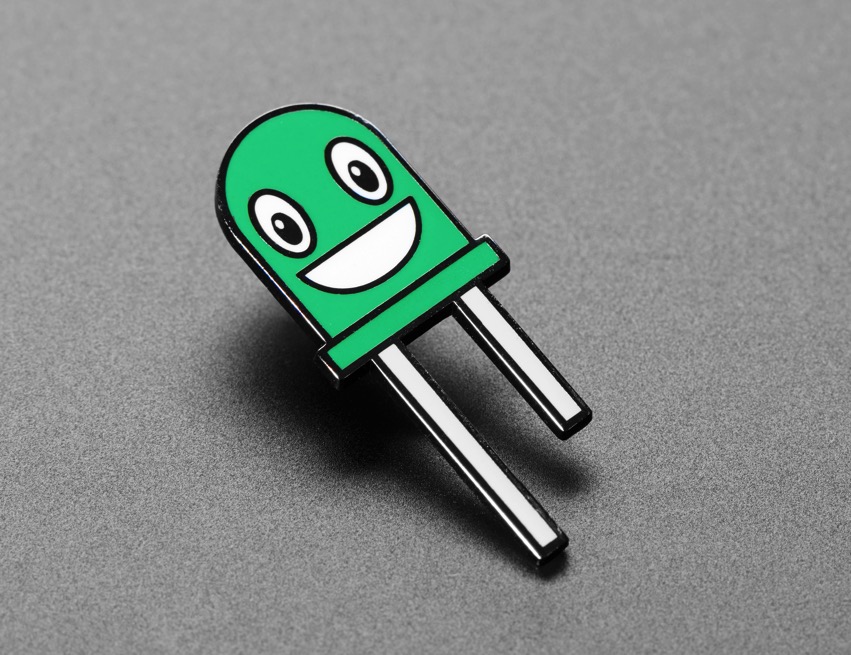 Gus the Green LED is the smartest member of the group but also the most coarse. Gus is the closest thing to an engineer in the group: he is pragmatic, realistic and somewhat world-weary, but not a total downer. He will sometimes cut people off mid-sentence because he is impatient, not because he’s trying to be mean or rude. Gus will occasionally make pithy observations that shed light on some problem or other. He is a sort of older brother figure to Ruby. He often says things like “that ain’t gonna work” or “maybe we should do somethin’ else.” His catchphrase is “don’t go nuts,” typically in response to some crazy scheme, though he is usually ignored. 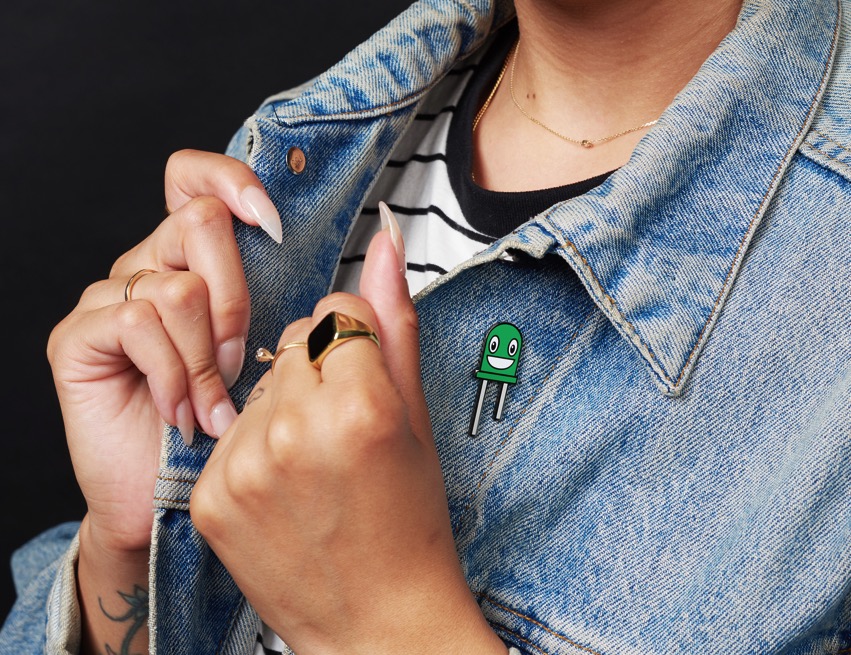 And last, but certainly not least, Billie! 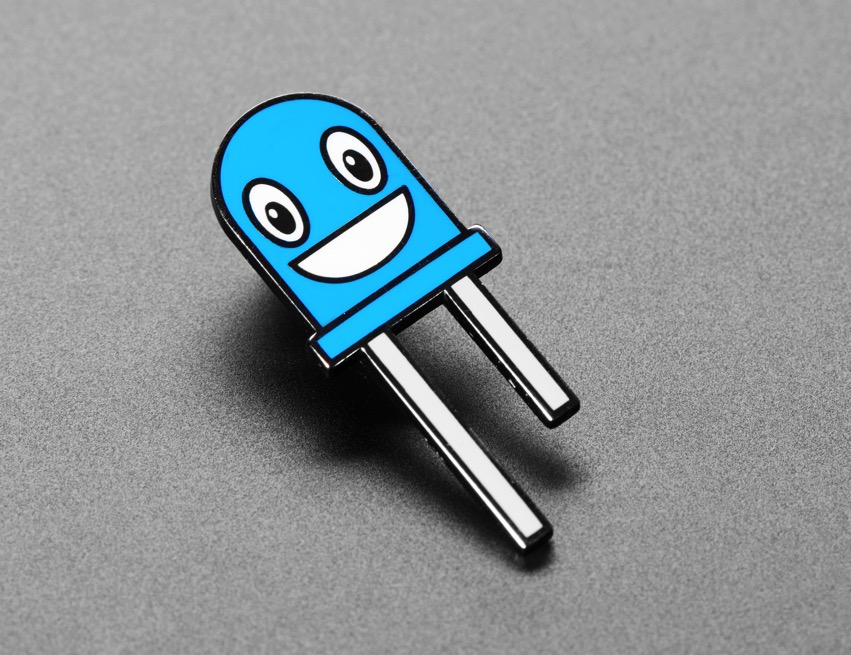 Billie the Blue LED doesn’t just sing the blues, she lives the blues. Billie has a good heart, and sings the blues just like Billie Holiday. That means she sometimes sees glass as half-empty (even when it’s full), and shies away from trying new things. Billie has a big-sister relationship with Ruby and admires her enthusiasm. Billie sings and speaks in a rough and breathy alto. Her catchphrase is “it’s enough to make a girl feel kinda blue…”, typically before breaking into song. 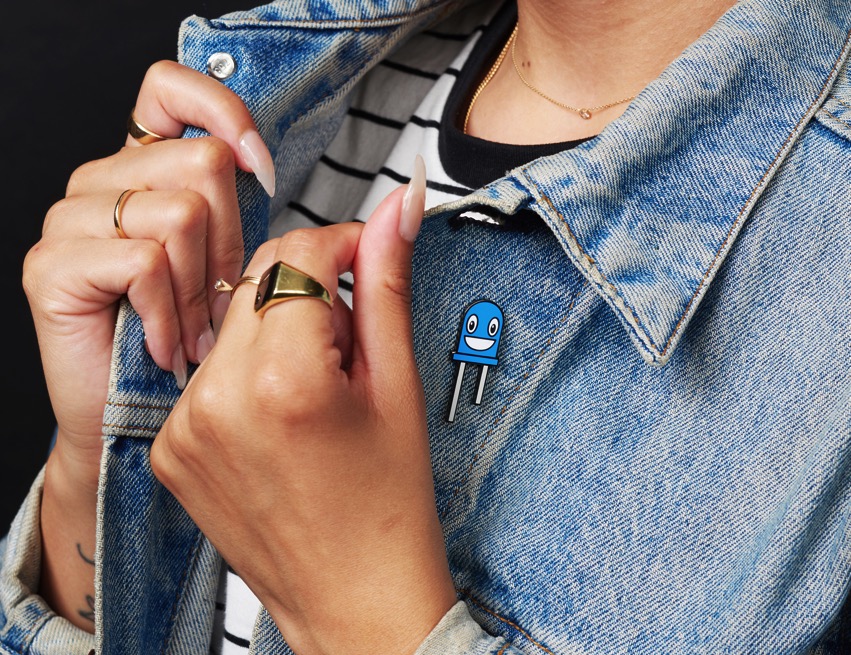 About LEDs:
LEDs are two-terminal electronic devices and are a special type of diode. The first modern LEDs were created by engineer Nick Holonyak in 1962 at General Electric. When electrons cross part of the diffusion region of a diode (an area called the band gap), a photon is emitted. The size of the band gap determines the wavelength (color) of the photon. LEDs are available in many wavelengths ranging from infrared to ultraviolet.