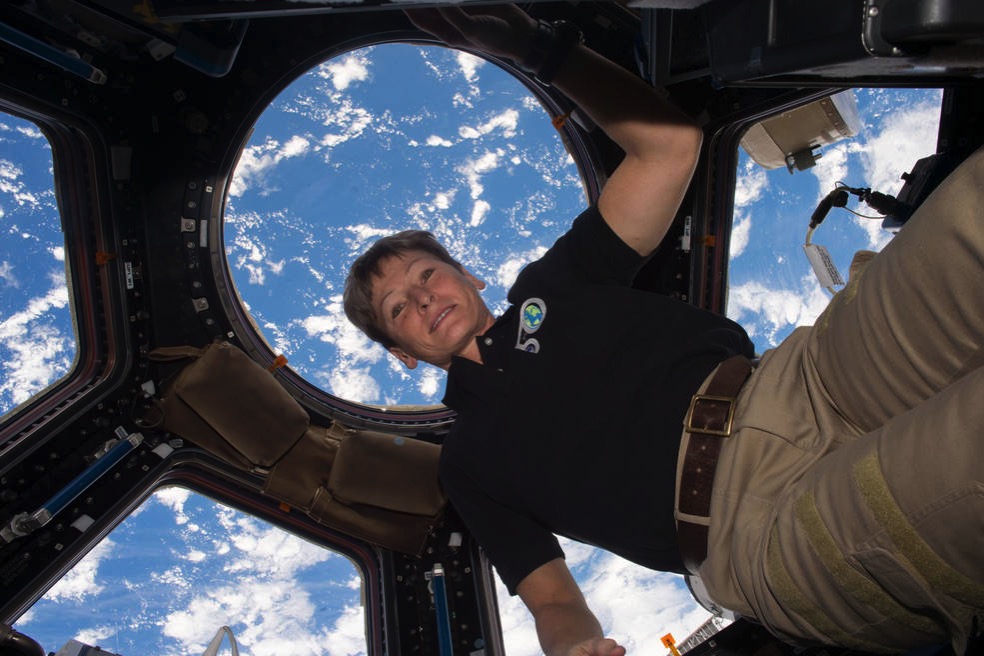 NASA astronaut Peggy Whitson, who holds the U.S. record for most cumulative time in space, is retiring from the agency, effective Friday.

“Peggy Whitson is a testament to the American spirit,” said NASA Administrator Jim Bridenstine. “Her determination, strength of mind, character, and dedication to science, exploration, and discovery are an inspiration to NASA and America. We owe her a great debt for her service and she will be missed. We thank her for her service to our agency and country.”

Whitson, a native of Beaconsfield, Iowa, first came to NASA in 1986 as a National Research Council Resident Research Associate at NASA’s Johnson Space Center in Houston. She served in a number of scientific roles, including project scientist for the Shuttle-Mir Program and co-chair of the U.S.-Russian Mission Science Working Group, before her selection to the astronaut corps in 1996.

“It has been the utmost honor to have Peggy Whitson represent our entire NASA Flight Operations team,” said Brian Kelly, director of Flight Operations at Johnson. “She set the highest standards for human spaceflight operations, as well as being an outstanding role model for women and men in America and across the globe. Godspeed, Peg.”

As an astronaut, Whitson completed three long-duration missions to the International Space Station, setting records on each. She made her first trip in 2002 as part of Expedition 5, during which she took part in 21 science investigations and became NASA’s first space station science officer. In 2008, Whitson returned on Expedition 16 and became the first female commander of the space station.