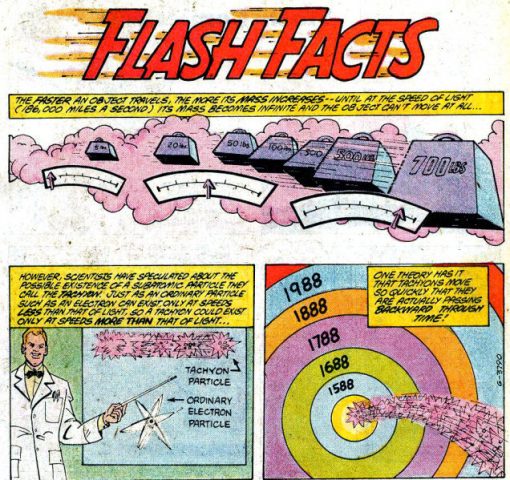 “For a long time, every DC comic had something like this, a little half- or full-page filler like “Flash Facts” or “Metal Facts and Fancies”, possibly so that they could claim some portion of their content was educational. Of them all, I prefer “Science Says You’re Wrong if You Believe That…” because it’s the only one that flat-out insults the reader. These things are terrific insights into what the heck people were caring about at the time that they were written, or at least what comics writers were caring about. For example, read enough stuff from the 60s and you’ll see that bit about deadly gasses from the tail of a comet coming up again and again, though nowadays it’s gone the way of the classic plot to kill someone with a weak heart by scaring them to death. So were people obsessed with comets or was it just a case of writers getting as much use as they could out of a stlye of disaster with a lot of dramatic appeal?” 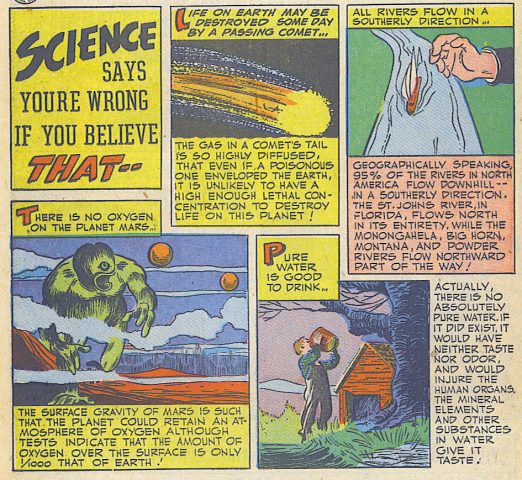 These read like the old Ripley’s Believe it or Not! comics in many ways, but as we know they were eventually more closely incorporated into the story of the comics. The leap between these types of examples and the, more often than not, third person narration of comics was a relatively easy one to make as the narrator – often spelling out exactly what the reader was seeing – was omnipotent and so could easily opine on science facts to explain how the Flash did all the thing she could. 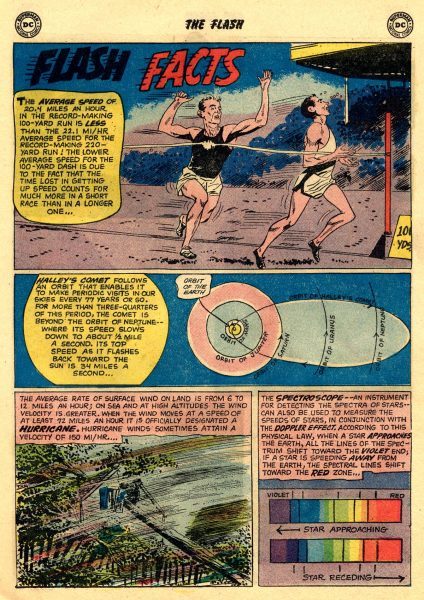 This, with the rise of first person narration and better printing techniques that required less hand holding, eventually saw the facts transfer over to actually being said by Barry, and later, Wally. I can’t check right now, but I think it was during Morrison’s run on The Flash, specifically The Human Race arc, where Wally actually directly mentions how Barry’s science background meant he often referred to things as ‘Flash Facts’ while trying to explain things to/train Wally. (Click for larger image.) 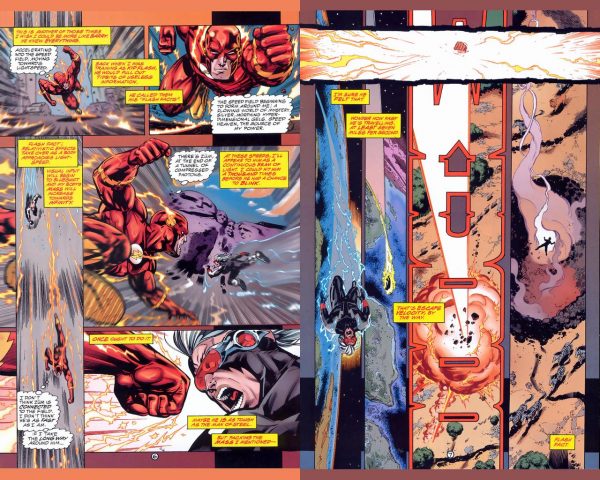 Comments Off on Flash Facts #SaturdayMorningCartoons