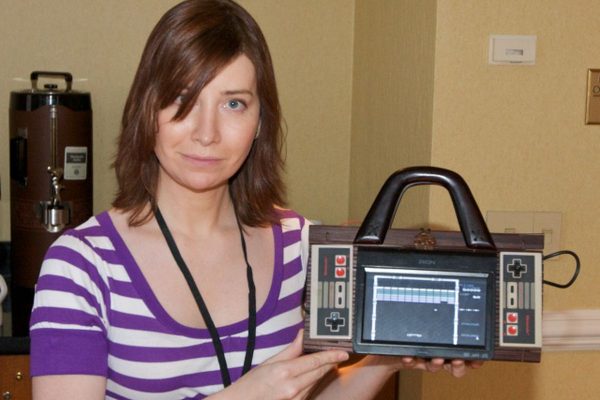 Jeri Janet Ellsworth is, American entrepreneur, an autodidact computer chip designer, inventor. She gained fame in 2004 for creating a complete Commodore 64 system on a chip housed within a joystick, called C64 Direct-to-TV. That “computer in a joystick” could run 30 video games from the early 1980’s, and at peak, sold over 70,000 units in a single day via the QVC shopping channel.

Here’s a feature article on Ellsworth from Polygon:

Without formal training, without a high school diploma, Ellsworth MacGyvered her way through childhood and into an industry not only reluctant to welcome women, but not really designed for an autodidact.

Today, Ellsworth is known as a preeminent classic hacker, modding and brute-forcing her way to success. And as CastAR co-founder, she’s also one of two innovators fueling what may be the first release of a major consumer-friendly augmented reality headset.

With the consumer release of a new CastAR headset less than a year away, I sat down with Ellsworth to chat about the company and how she came to help launch it. 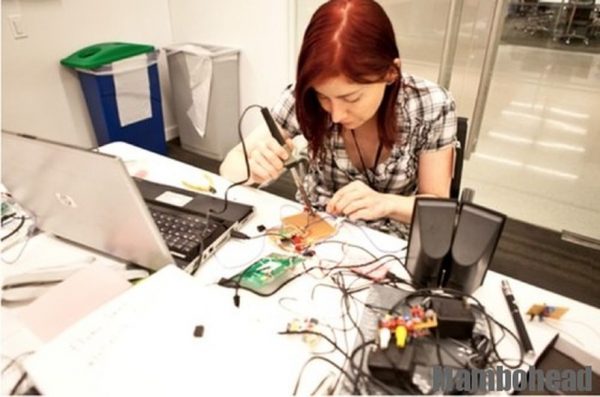 As with electronics, Ellsworth ultimately figured out racing, and soon she was so good she dropped out of high school. She was making money in the races and selling cars to other people, and she even came up with a bit of a tech solution for speeding around the dirt-track curves. Her homemade, computer-controlled traction system tended to shoot raw fuel into her car’s exhaust, causing flames to shoot out the side of the vehicle. The audience loved it, but it got so hot that it melted the paint away from inside the driver’s compartment. After some tweaks, Ellsworth perfected the system and started selling it. Soon afterward, it was banned from the races.

After four years living the life of a small-town race car driver, Ellsworth decided to give it up.

“It was really a hard life,” she said. “There was a lot of welding. My hands are all scarred up from welding and hammering on metal. So I got tired of that.”

And so, skilled in electronics, adept at building cars from nothing more than pieces of metal, now in her 20s, Ellsworth made the obvious career change: swapping out welding and hammering for the precision work of building computers in her own shop in town.