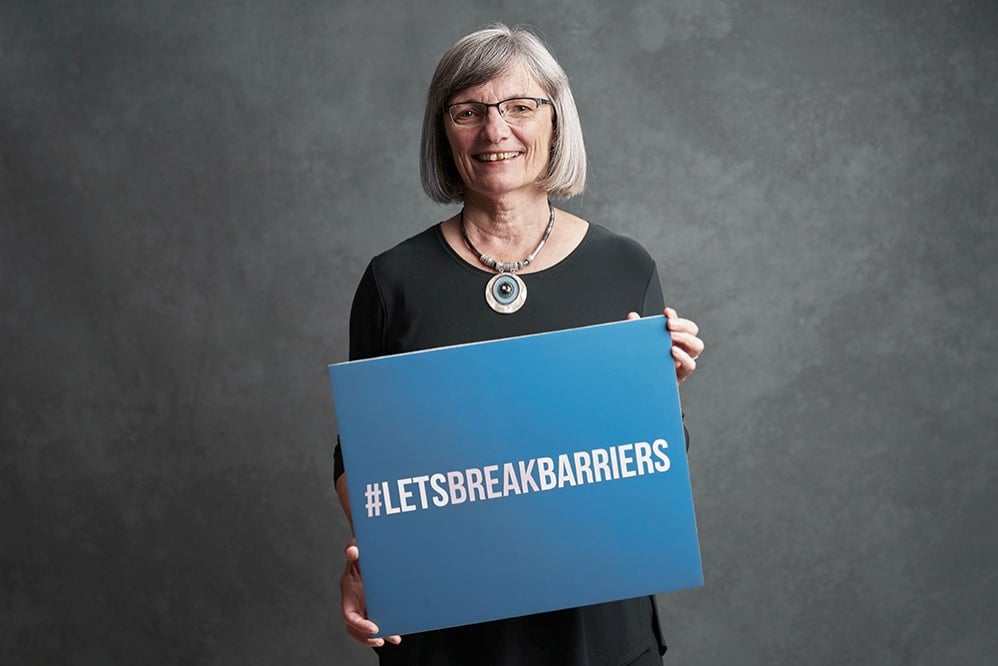 Valerie Davidson is blazing a trail for female engineers. She is the founder of the Ontario Network of Women in Engineering and a professor for 25 years, via McMasterUniversity

As a student, a researcher and an academic, Valerie Davidson has led a pioneering life.

In 1971, Valerie Davidson was one of four women registered in first year engineering.

Oddly, that fact gave her some comfort when she arrived for orientation. At least she wouldn’t be alone. Or so she thought.

“As I walked around the corner of the engineering building, all I could see was a large crowd of males, but it was too late,” she recalls. “I had been spotted.”

“It turns out I was the only female student in year one to attend. So I was asked to sing a solo first verse of the Engineers’ hymn and that was it. No further embarrassment.”
Not surprisingly, her visibility continued throughout her McMaster studies. And those early years did have their challenges for females.

“At that time there were only a few women’s washrooms in the engineering building,” recalls Davidson. “I do remember climbing at least two flights of stairs from our basement study room to reach a women’s washroom, and I often thought of using a can of black spray paint to mark “wo” on a few of the men’s facilities.”

But overall, being one of only a few female students in the faculty was largely a positive experience for her.

“There was a very kind gentleman who sported a beret, and when he met me on campus he would stop to talk to me,” she says. “I didn’t realize it was Jack Hodgins – the first Dean of Engineering – until he became chair of chemical engineering in my final year.”

Hodgins would eventually become one of several faculty mentors who would convince Davidson to go on to graduate studies.

After graduating in the Chemical Engineering class of 1975, Davidson earned a Masters degree in food science, then her PhD in chemical engineering.

Convinced that she didn’t want to become an academic, she worked as an engineering consultant and in manufacturing between degrees. “The academic world wasn’t inviting, especially for a woman at that time.”

But eventually the draw of teaching and her interest in the newly-developing field of food engineering led her to a position at University of Guelph.

“My interest was in the interface between engineering and food, including food processing and food safety,” she says. “Guelph covers the whole spectrum from food production to processing to the hospitality side.”

Cross-disciplinary research – something that was relatively novel in engineering at the beginning of her career – has given her a deep appreciation for the value of learning from others in different disciplines.

“One of the first challenges is getting people to recognize that they may not have all the expertise that’s needed and they have to have a certain respect for other people’s expertise.”

An engineering professor from 1988 until her retirement in 2013, Davison helped bring about changes that have attracted increasing numbers of young women to engineering faculties across the country.

In 1992, she sat on the Canadian Committee on Women in Engineering, which travelled the country and investigated the state of women in the profession, in light of the 1989 shooting at École Polytechnique.

“It was one of the first phases of a real focus on trying to get more women into engineering,” she says.
Since then, Davidson has been at the centre of several decades of efforts to build female enthusiasm for STEM careers.

Her biggest accomplishment was the founding of the Ontario Network of Women in Engineering (ONWiE), a collaborative effort that brings together the province’s engineering schools to create outreach programs aimed at young women. The organization’s Go ENG Girl and other programs attract about 2,000 participants each year.