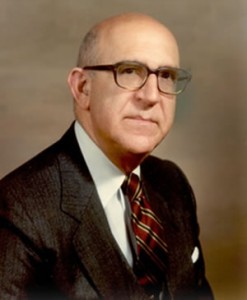 via the American Journal of Neuroradiology

Juan was born in Moca, the Dominican Republic, on September 27, 1919, the son of Marcos M. and Ana L. Taveras. His father was a schoolteacher, and because Juan was an excellent student, he frequently served as a tutor for other students in his classroom. He was given music lessons, and as a teenager played clarinet in a dance band. Later, as a medical student, he worked his way through school playing clarinet, saxophone, and flute in orchestras and jazz bands.

That same year, Juan was appointed Director of Radiology at the Neurologic Institute of New York. Although he was known as a gastrointestinal radiologist, his background as a superb anatomist suited him well for the job. In North America at that time, it was virtually unheard of for a radiologist to perform neuroradiologic procedures; such procedures were being performed by neurosurgeons. Because neuroradiology was better established in Europe, and especially in Scandinavia, many North American radiologists went to such centers as Stockholm and Oslo to learn the techniques of cerebral arteriography.