Just How Big is the Kīlauea Eruption? 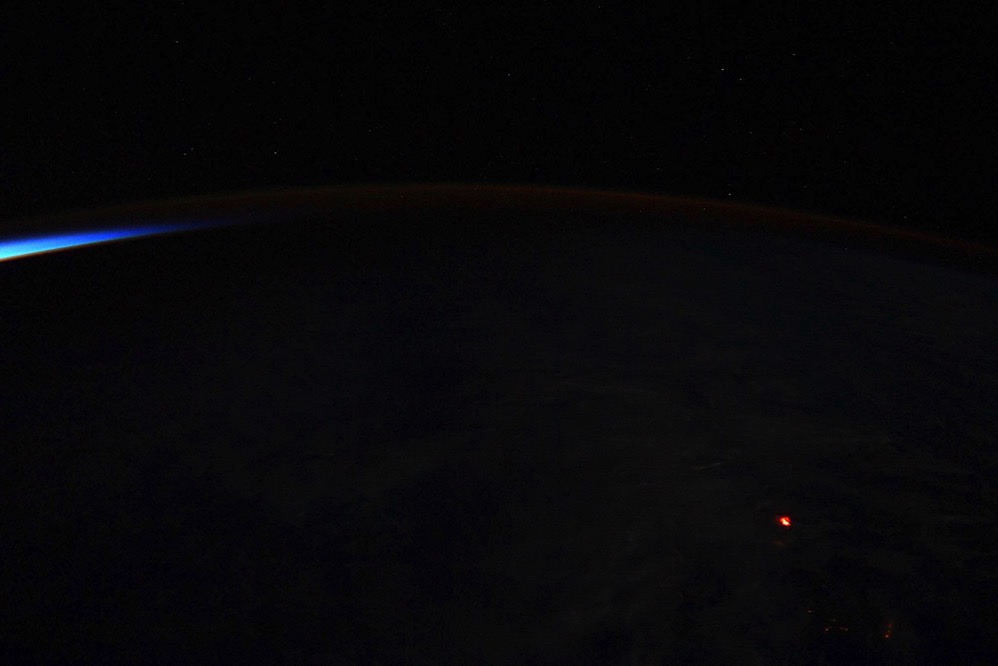 The picture above is the Leilani Estates eruption as seen from the ISS space station, Via Discover

The eruption that started in Leilani Estates on the lower East Rift Zone of Kīlauea is rapidly approaching the end of its second month, and right now, there are no signs the eruption will be ending soon. For many of us, this eruption seems unprecedented: how often do volcanoes erupt lava like this for months at a time? It turns out that it isn’t that uncommon, although in terms of the recent history of Kīlauea, this is a big event for the Hawaiian shield volcano.

So, just how big? I’ve talked a bit about the scale of the eruption before, mostly to emphasize most of the Big Island of Hawaii has not been impacted at all by this eruption. At this point, the Leilani Estates eruption has covered 9.5 km2 with new lava. Of that, over 1.5 km2 is new land added to the island in the former site of Kapoho Bay (see map below). To add some context here, the whole Big Island is ~10,430 km2, so the eruption has coated ~0.09% of the island and added 0.01% to the island. Not exactly a huge amount, but it definitely feels big because of the impact the eruption has had to people living in the Leilani Estates and Vacationland area.

Now, estimate area is relatively easy. Satellite images and aerial shots from helicopters, along with geoscientists on the ground, help map out just how much of the land surface is covered with lava. However, to get a volume, you need to know something about thickness and it can be highly variable. Sometimes that variability comes from the thickness of the lava flow itself – a’a is likely a thicker flow than pahoehoe – but that can be tricky because pahoehoe flows can inflate. The thickness is also a product of the land surface the lava is flowing over, so did it pond in a depression? Or is it merely a frosting? The edges of the flow field are likely thinner as well compared to the middle.

Comments Off on Just How Big is the Kīlauea Eruption?