TasteMakers is a new feature from the Adafruit Music team. In this sister series to MusicMakers, we will be talking to music writers, bloggers and brands about creative spaces, technology and DIY, as well as what inspires them and keeps them motivated to support and amplify the creators in their communities. This week we’re talking to Brendan Mattox, the host and creator of the Stories About Music podcast. 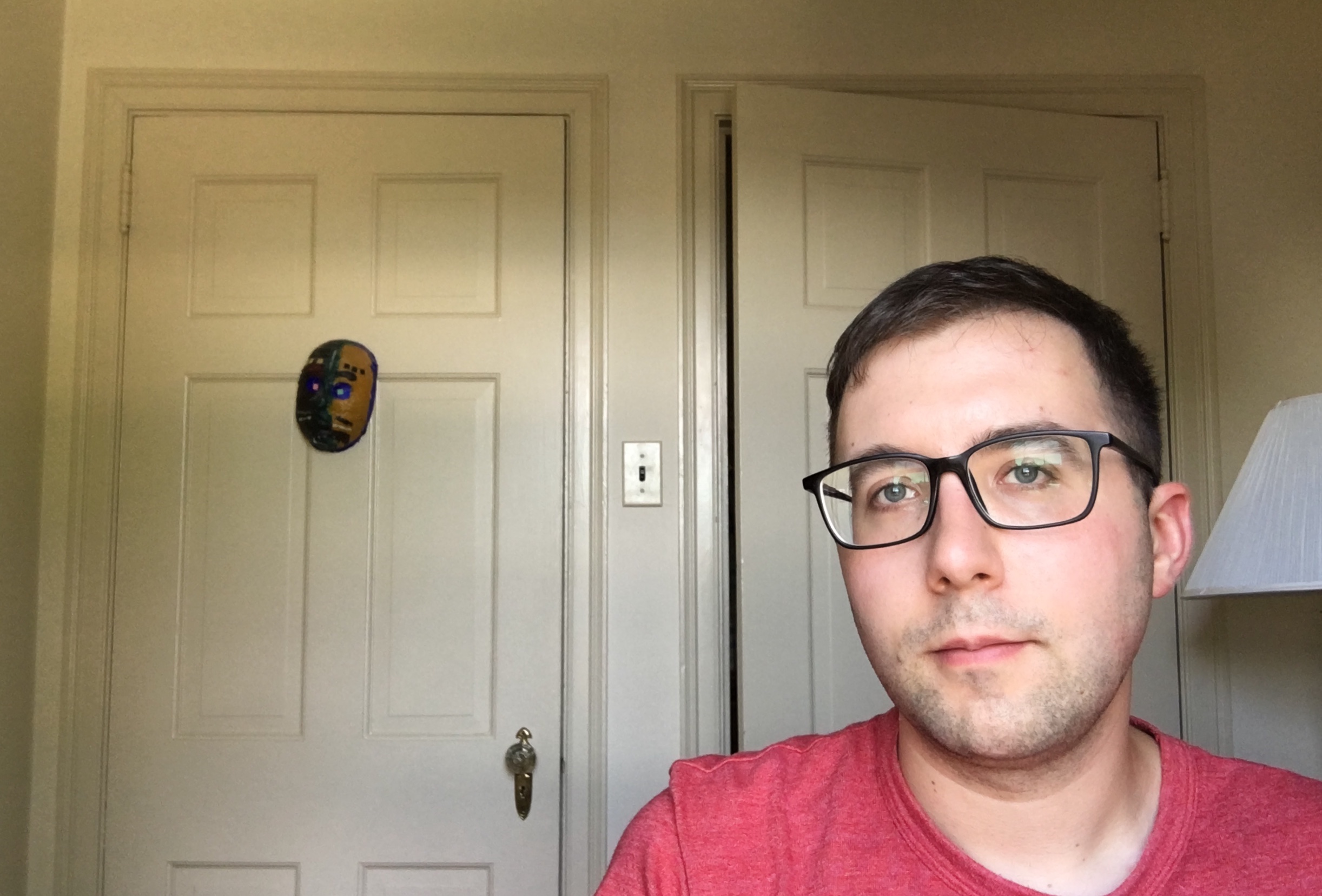 Brendan Mattox is a journalist and podcaster. They’ve produced radio stories for places like Public Radio International and they’ve written for sites like Pitchfork. For some time now they have been engulfed by the painstaking work of investigating regional scenes for their podcast Stories About Music. Guests have included Mount Eerie, MusicMakers alumnus Cloud, Alan Sparhawk of Low (in a stunning episode on Bluetile Lounge and Perth’s slowcore scene), Dirty Beaches, Prince Rama and numerous others. The true value of their work, however, is not the list of names they’ve spoken to on one promotional loop or another, the significance of their efforts goes far deeper than name recognition.

I’ve never been shy about saying that Stories About Music is my favourite music podcast. Mattox’s documentary-deep dives into a particular scene or artist are always revelatory and challenging. They have a wonderful ability to create a connection between you and the artists they feature while still leaving you with questions and curiosity. These don’t feel like interviews; often, they’re closer to a confession or a manifesto, and Mattox’s analyses are both personal and honest.

Asking the right questions, their narration carries you through a variety of continents and characters. Though the production style offers a mood and momentum that I wouldn’t typically associate with a music podcast, Mattox knows when to sit back and let his subjects talk. They’ve hosted local noise artists, internationally recognised recording artists, happy hipsters and ex-members of defunct bands who had that one big night on stage. One thing these people will frequently have in common is that a person will often tell you everything if you just let them talk for long enough. Through words, through laughter, through silence, through needless self-deprecation or by mounting a defense when there is no opposition. We are all complicated people, and music has long been a way for people to try to make sense of these complications.

These stories are often bittersweet, and the human element is everything. The earnest beginnings, the small victories, the short-lived, the everlasting, the decline and the regret. As someone who too has sunk many years of his life into music, I feel that I have come to better understand myself and my motivations through Stories About Music. My strengths and my weaknesses, my noble intentions and my cynical efforts are all on display through this series of stories about strangers.

As we grow weary with music and DIY, younger (hopefully better) people begin to come to take our places, and it becomes harder to find art and experiences that can move you. But for me, Stories About Music offers these experiences. These are stories that others forget to tell about moments frozen in time. Mattox gives people the room and the opportunity to tell you who they are and what they hope to figure out or who they once were and why it is that they wanted what they wanted.

There’s something special about a music journalist who isn’t trying to hit quotas, fill minutes, find the next big thing or do favours, just as it feels more meaningful to hear an artist open up when they aren’t trying to promote an album or tour. Mattox has the right kind of ambition. Stories About Music just wants to do something genuinely good, to tell meaningful stories, even if they don’t always have an ending or even a message. In some ways the podcast’s title is misleading; how much these are stories about music and how much they are stories about modern existence is really up to each individual listener to decide.  What is certain for me, though, is that this is an excellent and truly underrated piece of work.

If you’re seeking inspiration, I hope you find it here. Because while there are a warnings in Mattox’s work, cautionary tales of those who gave too much and got too little, there is still the message that there is always something special out there that has been left undone.

Before we get going, what’s a song you’re loving right now that people can listen to while they read along?
I really like the kind of electronic music you’d hear in the lounge of an expensive steakhouse in 2006. While working overnights at the college station in 2010, I found a CD by the Viennese electronic group Tosca. I’ve been listening to their latest record a lot, so the opening track, “Export Import.”

I thought of Tosca as corny and vacuous until I had to make the soundtrack for the latest episode of Stories About Music, “Who’s Afraid of the Art of Noise.” I recorded important objects referenced in the interviews and used delay, modulation, and distortion to make them sound musical over a kick drum pattern. To do that, I took inspiration from 90s dub music, which the guys Tosca were a big part of. There’s an artistry to malltronica that I appreciate so much now.

Tell us about yourself.
I produce a podcast called Stories About Music. The episodes are radio documentaries that mix interviews with personal reflections on themes or events in my life that the subjects’ music connected to. The show premiered in September 2015 but I’ve been interviewing since 2010. In my spare time I do normal people stuff: cook, garden, read, watch old movies, go to concerts at an art gallery, write.

What inspired you to start and what motivates you to amplify DIY music makers?
In the fall of 2014, I’d been out of college for a year and hadn’t found a way into producing radio professionally. I’d produced two documentaries, one of which was an early versions of “Art of Noise.” Around that time, podcasts like Mystery Show, Serial, and Start Up were coming out, all made by journalists I’d admired since I was a teenager. They were groundbreaking to me for the reported-documentary format, focused on minutiae of daily life, allowing the hosts to explore where journalistic objectivity met the subjective experience of being human. That was what I wanted to make.

But as for “amplifying DIY music makers,” I don’t know if it’s really a conscious political stance. The next full season of Stories About Music, should it ever get produced, is actually about my ambivalence towards the DIY scene I was on the edge of here in Philadelphia.

Have changes in technology had any effect on your work or engagement with the music community?
Oh definitely. I remember going to a meeting in high school in like, ’06 or ‘07 where the techno-utopian kid from our grade told us about podcasting. This was just after the iTunes podcast store opened, and even then I was like “no thanks, nerd, that sounds way too complicated.” The way the process has been streamlined so that I, who barely understands how the internet works, can release these things, has been instrumental for me putting anything out at all. The ease of distribution has allowed me to do this.

I wonder if I would go through all this trouble just to load these things up on a CD-R and leave it at the park if this were 2003 or something. 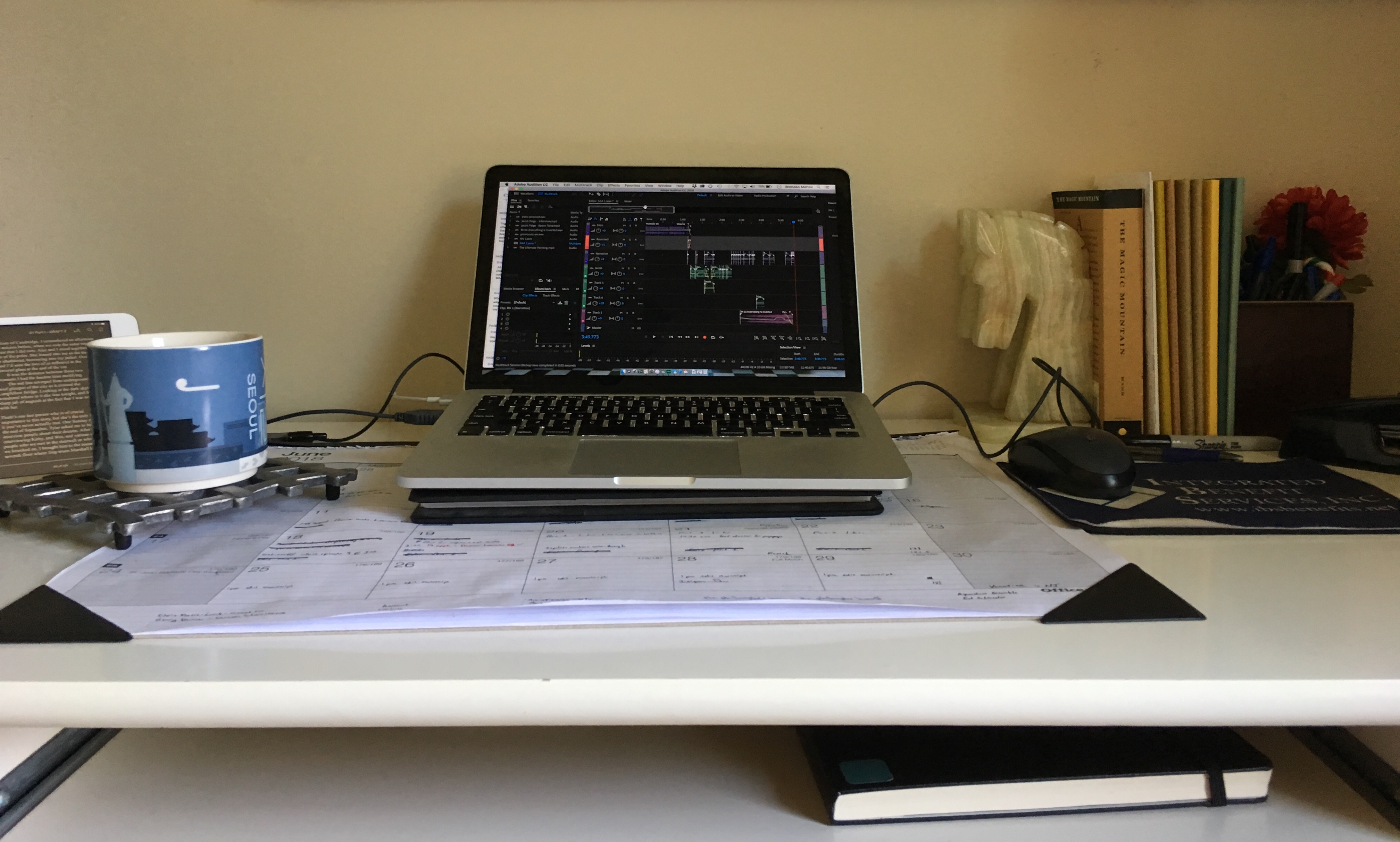 What’s something you’ve done with the podcast that you’re particularly proud of?
I’m just proud that I’ve managed to make nine episodes. Between perfectionism and daily life, it takes six to nine months to produce a half-hour episode. I keep doing it because every time I do I feel like I solidify something for myself, a way of thinking about art and music, or a technical skill. This last time around I learned how to use an audio compressor.

Are there any changes you’d like to see in the music industry?
Yeah, mostly surrounding the ways that journalists write about music. Music writers still spend a lot of time trying to build the “myth” of the person they’re writing about. To me, that’s alienating, it narrows the work.

Any tips for making or customising a creative workspace?
Have a door that closes and a window that opens. Smaller rooms are generally better. 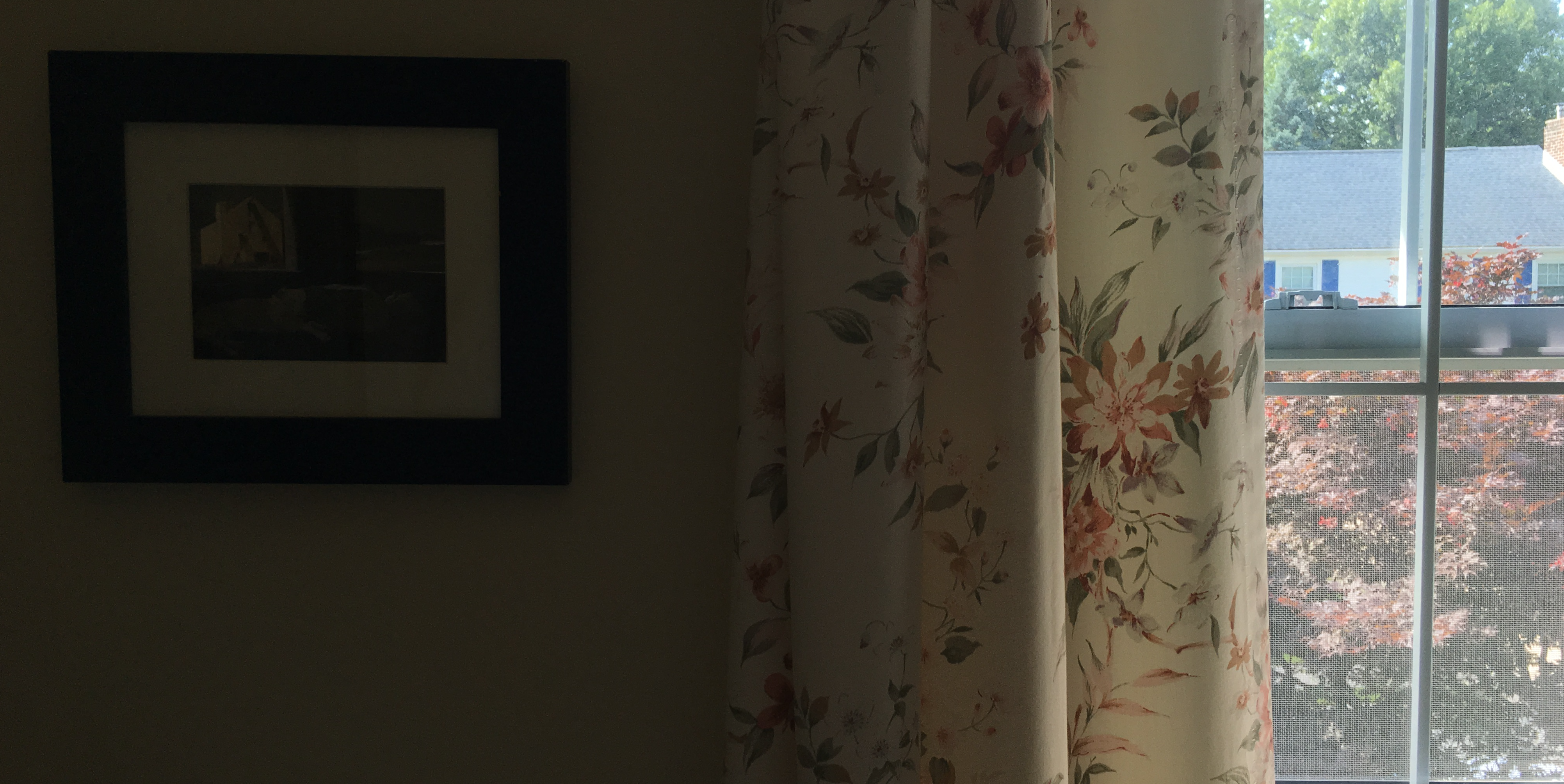 What advice would you give to someone looking to start their own podcast or journalistic venture?
Give your work formal limitations. In the last year, I’ve enjoyed making things using this idea I learned from a painter friend, that the conceptual angle of your work is a machine and each time you do the thing you do: paint, record music, write, build a computer, produce a podcast, etc, is a performance of technique. The rules you lay out are guidelines that keep you focused, and you follow them through the process up until the point where breaking them creates something meaningful to you.

Who do you think we should speak to next?
Nina Corcoran is a music writer who’s been grinding it out- she’s interviewed and photographed what seems like hundreds of artists in the last four years.She was an editor at Consequence of Sound, does a lot of work for a local Boston weekly, and regularly reviews records for Pitchfork. I really like her writing on the early 2000s emo heavyweights, since that’s a scene I know nothing about. She also happens to be a good personal friend. 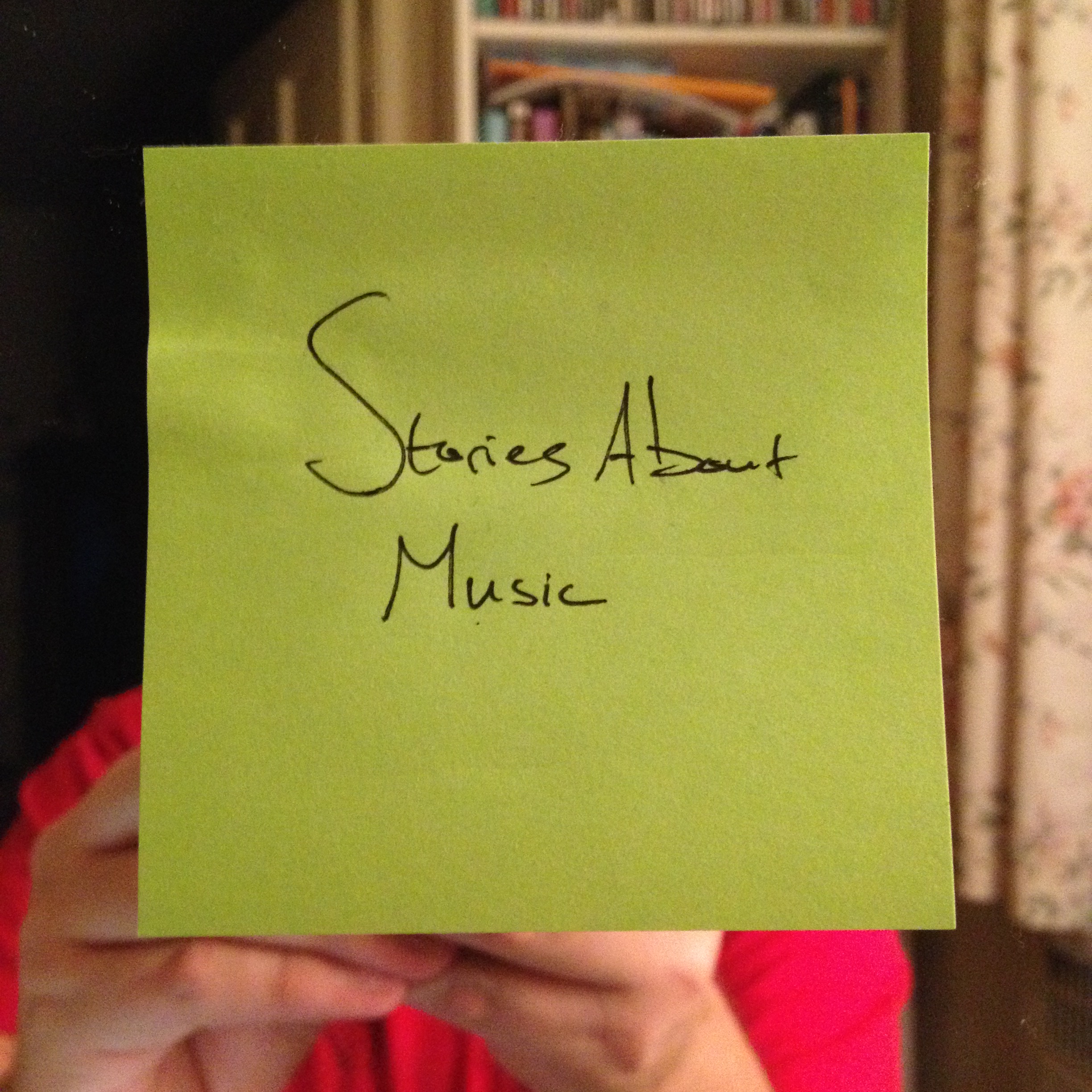 You can follow Brendan Mattox on Twitter, Instagram and Bandcamp and you can hear more Stories About Music on Soundcloud, iTunes or wherever else you listen to podcasts.

Visit www.investigatingregionalscenes.org for more information on this unique show.

I’d recommend starting at the beginning:

You can find more music Adafruit is loving right now in our ongoing MusicMakers (feat. Frankie Cosmos, Jeffrey Lewis, Haiku Salut, Bedbug, Cloud and more) and TrackTalk features. If you missed the first TasteMakers feature with The Grey Estates, then you can still read that here.

Plus, you can follow us on Soundcloud and Hype Machine.

Comments Off on TasteMakers002: Stories About Music