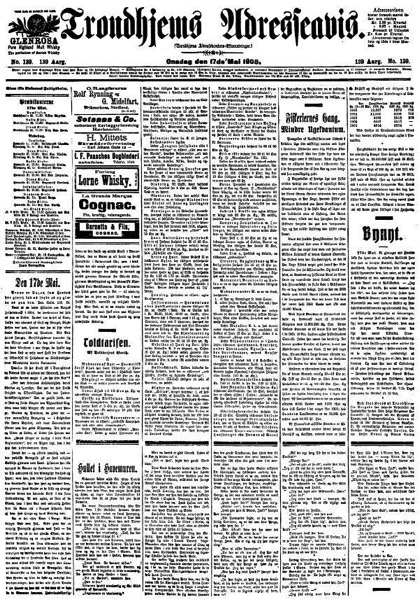 The newspaper was first published on 3 July 1767 as Kongelig allene privilegerede Trondheims Adresse-Contoirs Efterretninger, making it the oldest Norwegian newspaper still being published. The paper was founded as a classified advertising publication. The name of the newspaper was changed several times before its present name began to be used in 1927. Locally it is often referred to as Adressa. The newspaper is based in Trondheim and covers the areas of Trøndelag and Nordmøre.

1819 – The first savings bank in the US, The Bank for Savings in the city of New York, opens to the public.

The Bank for Savings in the City of New-York was incorporated on March 16, 1819. First publicly advertised as “A BANK FOR THE POOR,” it was modeled after similar institutions in Europe; its stated purpose was to “effect a secure place of deposit for the earnings of the laboring part of the community: and at the same time to give them the benefit of an accumulation of interest.” Among its founders and first directors were Thomas Eddy, William Bayard Jr., DeWitt Clinton, Archibald Gracie,Cadwallader D. Colden, John Pintard, Matthew Clarkson, Peter Augustus Jay and Brockholst Livingston. Although many credit Eddy with founding the institution, Bayard, who was also a director of the Bank of America founded by Alexander Hamilton, served as the bank’s first president

1844 – The Great auk species become extinct when the last pair of birds is killed. 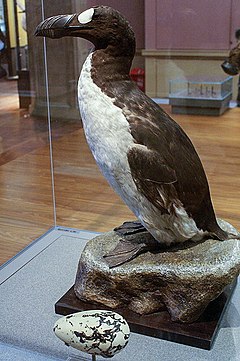 The last colony of great auks lived on Geirfuglasker (the “Great Auk Rock”) off Iceland. This islet was a volcanic rock surrounded by cliffs that made it inaccessible to humans, but in 1830, the islet submerged after a volcanic eruption, and the birds moved to the nearby island of Eldey, which was accessible from a single side. When the colony initially was discovered in 1835, nearly fifty birds were present. Museums, desiring the skins of the great auk for preservation and display, quickly began collecting birds from the colony.[73] The last pair, found incubating an egg, was killed there on 3 June 1844, on request from a merchant who wanted specimens, with Jón Brandsson and Sigurður Ísleifsson strangling the adults and Ketill Ketilsson smashing the egg with his boot.

1886 – The New-York Tribune becomes the first newspaper to use a linotype machine, eliminating typesetting by hand. 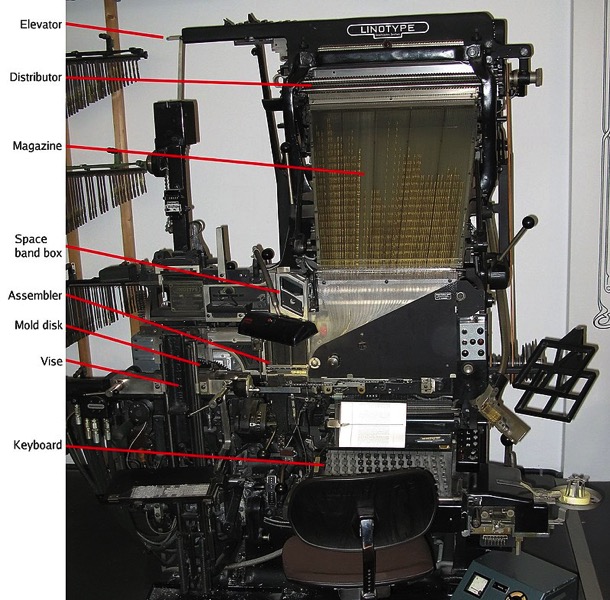 The Linotype machine (/ˈlaɪnətaɪp/ LYNE-ə-type) is a “line casting” machine used in printing sold by the Mergenthaler Linotype Company and related companies. It was a hot metal typesetting system that cast blocks of metal type for individual uses. Linotype became one of the mainstay methods to set type, especially small-size body text, for newspapers, magazines and posters from the late 19th century to the 1970s and 1980s, when it was largely replaced by phototypesetting, offset lithography printing and computer typesetting. The name of the machine comes from the fact that it produces an entire line of metal type at once, hence a line-o’-type, a significant improvement over the previous industry standard, i.e., manual, letter-by-letter typesetting using a composing stick and drawers of letters.

1962 – Jackie Robinson becomes the first black baseball player to be inducted into the National Baseball Hall of Fame. 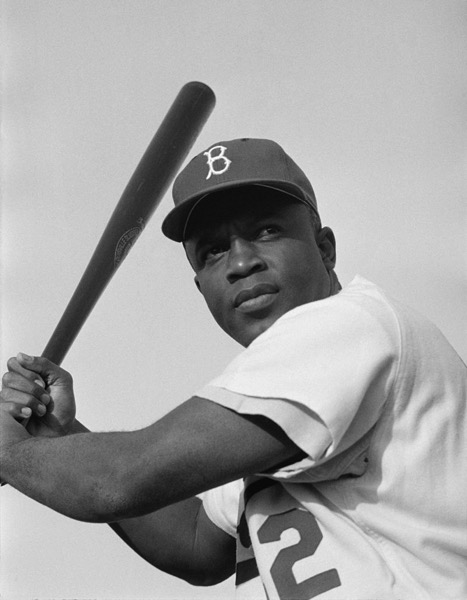 In 1947, the Dodgers called Robinson up to the major leagues six days before the start of the season. With Eddie Stanky entrenched at second base for the Dodgers, Robinson played his initial major league season as a first baseman.[88] On April 15, Robinson made his major league debut at the relatively advanced age of 28 at Ebbets Field before a crowd of 26,623 spectators, more than 14,000 of whom were black. Although he failed to get a base hit, he walked and scored a run in the Dodgers’ 5–3 victory. Robinson became the first player since 1880 to openly break the major league baseball color line. Black fans began flocking to see the Dodgers when they came to town, abandoning their Negro league teams.

Robinson’s promotion met a generally positive, although mixed, reception among newspapers and white major league players. However, racial tension existed in the Dodger clubhouse.[131] Some Dodger players insinuated they would sit out rather than play alongside Robinson. The brewing mutiny ended when Dodgers management took a stand for Robinson. Manager Leo Durocher informed the team, “I do not care if the guy is yellow or black, or if he has stripes like a fuckin’ zebra. I’m the manager of this team, and I say he plays. What’s more, I say he can make us all rich. And if any of you cannot use the money, I will see that you are all traded.”