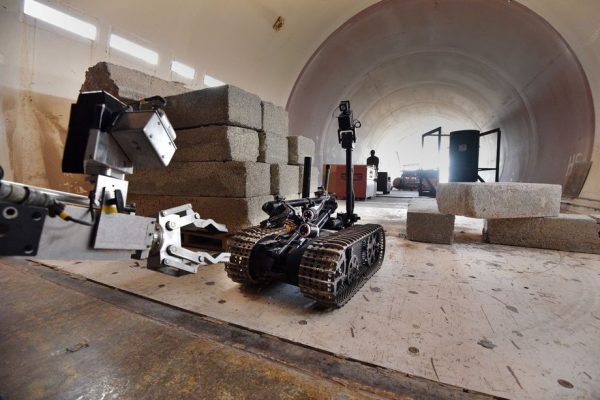 Last week in the New Mexico desert, military and civilian bomb squads faced off at the 12th annual Robot Rodeo, which is a week of intense training organized by Sandia National Laboratories. To test their skills, bomb squads steered their bots to enter downed planes, explore faux-radioactive disaster sites, and climb flights of stairs.

“Everybody else is running away from the bomb, and these guys are going in,” says Jake Deuel, robotics manager at Sandia and coordinator of the rodeo. His goal is for the event to help bomb squads tackle real-world situations and learn what their robots can and cannot do. “We train these guys to come home safe,” he says.

Some of the crafted scenarios are designed to test the robot operators’ skills and problem-solving abilities. One exercise, for example, was based on the 1984 movie Red Dawn, where teenagers fight off invading forces in World War III. The competing robots had to go into a downed Phantom F-4 fighter jet to “retrieve the black box and some of the fancy electronics so that we can figure out what the enemy is doing,” Deuel says. Another exercise required bomb squads to work together to find the sources of an underground radiation leak and contain them.