The Undersea Electric Railway Built and Abandoned Within Six Years

The seaside town of Brighton sits on the south coast of England, roughly 50 miles from the center of London. Famed for its pebble beaches, piers and cool residents, Brighton remains a popular destination for Londoners wanting a quick fix of fresh air and sea views. The town has been a tourist hotspot for hundreds of years for this very reason. Throughout its lifetime countless attractions have come and gone, but none perhaps as elaborate and bizarre as the short-lived electric railway on stilts, known at the time as “Daddy Long Legs.” 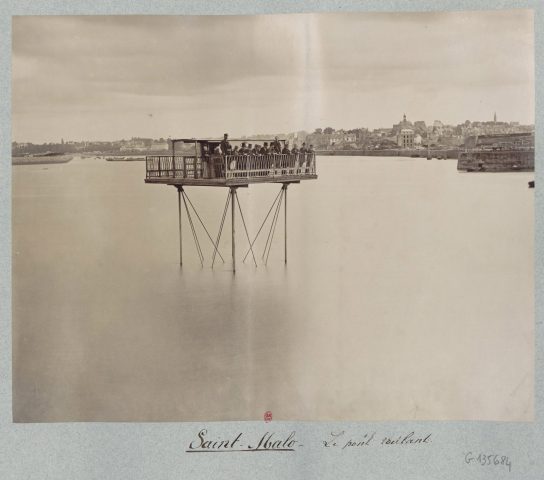 Engineer Magnus Volk is best known for Volk’s Electric Railway, which first opened in 1883 and ferried passengers in small cars along a quarter-mile stretch of Brighton’s coastline. The line was extended and rerouted many times, and it still runs in some capacity today. As the 19th century was drawing to a close, however, Volk’s expansion plans were impeded by tough terrain. And so he came up with the idea of building a new line to complement the existing one, only this time with the rails running below the waterline.

Construction of the Brighton and Rottingdean Seashore Electric Railway began in the summer of 1894. Two separate tracks, the outer rails 18 feet apart, were installed along a stretch of Brighton’s coast, atop which sat an oversized streetcar on 23-foot-long legs. A similar contraption had actually been operating in France for two decades already, though the journey was much shorter and in calmer waters.