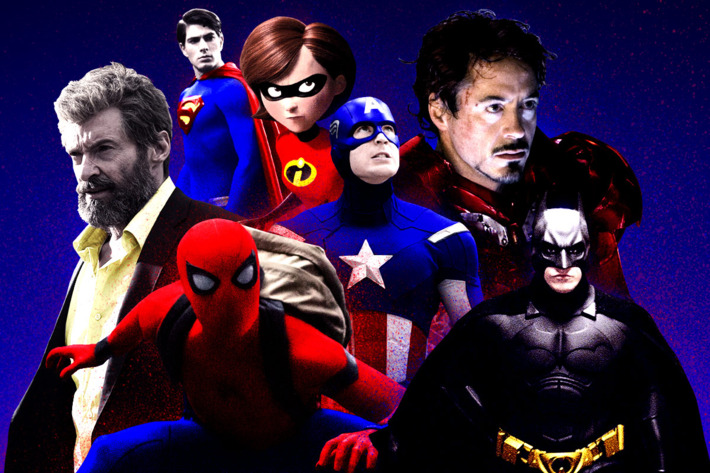 In 1998, predicting a fiscally and artistically rich superhero-movie industry would’ve gotten you laughed out of your local comics shop. Hell, the idea of an “industry” for movies about costumed heroes was ludicrous. No such thing had ever existed. Superhero movies had been few and far between throughout cinema history, and the then-most-recent superpowered flick had been 1997’s Batman and Robin — a movie so derided that George Clooney has spent 20 years apologizing for it. Then Wesley Snipes came along and changed everything. On August 21, 1998, Blade was released and audiences watched Snipes don the shades of the titular vampire-stabbing superhero (a longtime Marvel Comics staple). The picture earned more than $131 million worldwide. Quietly, a revolution began.

In the nearly two decades since, successful caped-crusader movies started trickling, then flooding, into theaters. Now we live in a world where the global film economy is largely built on them. The so-called Marvel Cinematic Universe alone has raked in more than $10 billion to date, and when a movie like Batman v Superman: Dawn of Justice makes $872 million, it’s regarded as something of a disappointment. Studios announce their superhero slates like Stalin announced five-year plans. High-profile directors get attached to adaptations of comics few have ever heard of. It sure feels like we’re in a bubble, but there’s no sign it’ll pop anytime soon — and even when it does pop, there will be plenty of products of this spandex-clad era worth rewatching. Here are the 30 best superhero movies since Blade kicked off their modern renaissance (and if you’re wondering whether the latest super-flick, Incredibles 2, is on it, the answer is a resounding yes).

Comments Off on The 30 Best Superhero Movies Since ‘Blade’ #SciFiSunday