A History of Straws in Relation to Capitalism 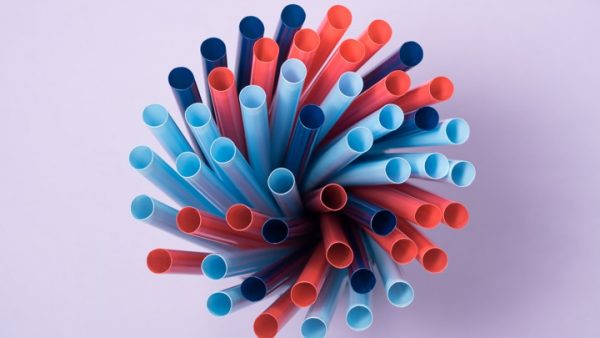 You can learn a lot about this country, and the dilemmas of contemporary capitalism, by taking a straw-eyed view.

People have probably been drinking things through cylindrical tubes for as long as Homo sapiens has been around, and maybe before. Scientists observed orangutans demonstrating a preference for a straw-like tool over similar, less functional things. Ancient versions existed, too.

But in 19th-century America, straws were straw, rye stalks, cut and dried. An alternative did not present itself widely until 1888. That year, Marvin Stone, a Washington, D.C., gentleman, was awarded a patent for an “artificial straw”—“a cheap, durable, and unobjectionable” substitute for natural straws, Stone wrote, “commonly used for the administration of medicines, beverages, etc.”

Workmen created these early artificial straws by winding paper around a thin cylindrical form, then covering them in paraffin. Often, they were “colored in imitation of the natural straw.” Within a decade, these straws appeared often in newspaper items and advertisements across the country.

Comments Off on A History of Straws in Relation to Capitalism