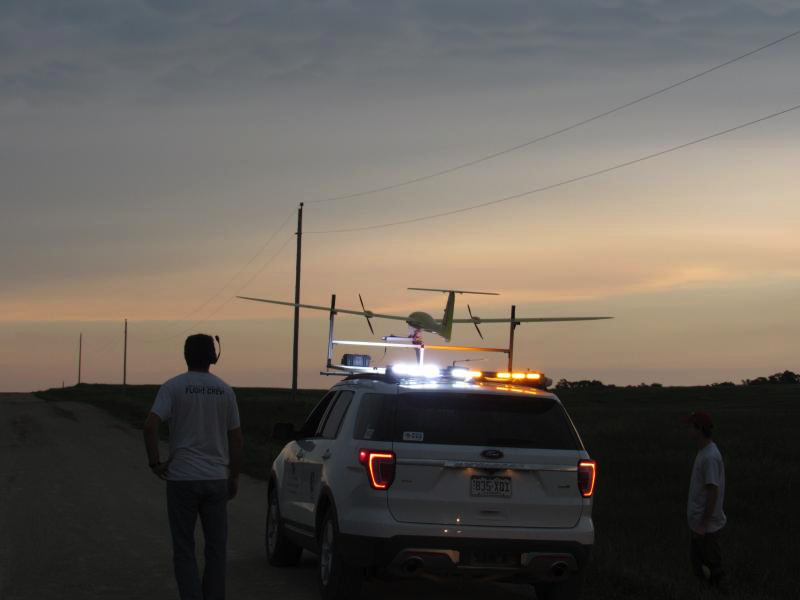 McDermott: You called the Great Plains a “laboratory,” can you explain why this is such a great place to study severe storms and why you used this for your research?

Houston: We know that it’s a hotbed for severe weather, but that’s not an accident. It has geographically and meteorologically the confluence of several features that make for severe weather. Number one, we have the Gulf of Mexico, which is a long ways away from Nebraska sure, but that air travels long distances. It is a very warm body of water and the air that sits over the body of water acquires the moisture and warmth of that water.

The air gets drawn up into Nebraska. It has a lot of energy and it can fuel the thunderstorms. The other thing that happens, because of the Rockies and because the way they’re oriented north-to-south, they tend to support the rapid development of these large-scale systems, not the thunderstorms, but the parent systems that within which the thunderstorms develop.

The rapid development means that you get explosive development of thunderstorms provided that this energy is available.

McDermott: How about the drones that you’re using in this research, talk a little bit about that as well as some of the goals of the study.

Houston: For this particular project the type of unmanned aircraft they were using as a fixed-wing aircraft, in contrast to what most people are probably familiar with which is the multi-rotor — it has three, four, five or six rotors on it – it goes up and down and may be able to move laterally. The aircraft they were using are more like a regular aircraft, of course much smaller and without a person on board.

So in terms of the goals for this particular study, the aim is to move the bar forward or up towards a point where we’re using fixed-wing unmanned aircraft for targeted surveillance of severe storms – to go towards storms not just to understand them, but actually to improve predictability.

Read more and listen to the interview!